No 'rubout' in death of 4 robbery suspects, says CPPO director 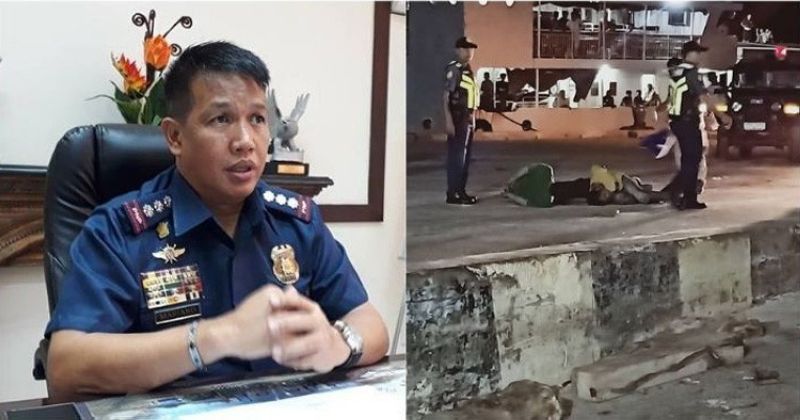 THE director of the Cebu Provincial Police Office (CPPO) has denied allegations that they intentionally killed four of five robbery suspects they arrested in Bogo City last Saturday, October 19, 2019.

In an interview, CPPO Director Roderick Mariano said there is no truth to allegations that their operatives extrajudicially killed the four suspected robbers upon their arrest at the Polangbato Wharf in Bogo City just hours after they allegedly robbed three pawnshop outlets and a money changer inside the J Centre Mall in Mandaue City.

The Commission on Human Rights (CHR)-Central Visayas is currently investigating the local police over what happened last Saturday.

Mariano said if they intentionally gunned down the four suspects, they should have killed all of them before they could even reach the police station to be booked.

He added that when the shootout between the suspects and police broke out, their operatives immediately brought the four gunned down suspects to a nearby hospital but they died before they could get there.

Mariano said they wanted all the suspects alive and in their custody so they can provide information on their cohorts who remained at large.

But the suspects decided to fight off the police and they had no choice but to defend themselves, Mariano added.

Though he welcomed the CHR's move to investigate their operation, Mariano said it is "unfair" for the commission to suspect them of committing a rubout.

In an earlier interview, CHR-Centtral Visayas chief investigator Leo Villarino said they were ordered by their superiors in Manila to investigate as they want to know the circumstances as to how the four suspects died under police custody.

The suspects were reportedly already in handcuffs when they tried to grab the firearms of the arresting party and initiate the shootout.

Meanwhile, Mariano said they were able to secure a copy of the close circuit television (CCTV) footage from a bus terminal in Bogo City that was able to capture three robbery suspects believed to be carrying the stolen loot.

Mariano said based on the footage, the three suspects reportedly rode a passenger bus back to Mandaue City at 1 a.m. on Sunday, Oct. 20, just hours after they committed the robbery.

The three suspects arrived at Mandaue City at 3 a.m. but police have no idea as to where they went.

Mariano said he is coordinating with the Mandaue City Police Office (MCPO) to check available CCTV footages and trace where the suspects disembarked after taking the bus from Bogo City.

Mariano believes one of the three suspects spotted on the CCTV footage is a leader of the notorious Parojinog robbery group based in Ozamis City. (From AYB of Superbalita Cebu/JKV)