Bzzzzz: The 6 other exemptions to nepotism that Labella didn't tap 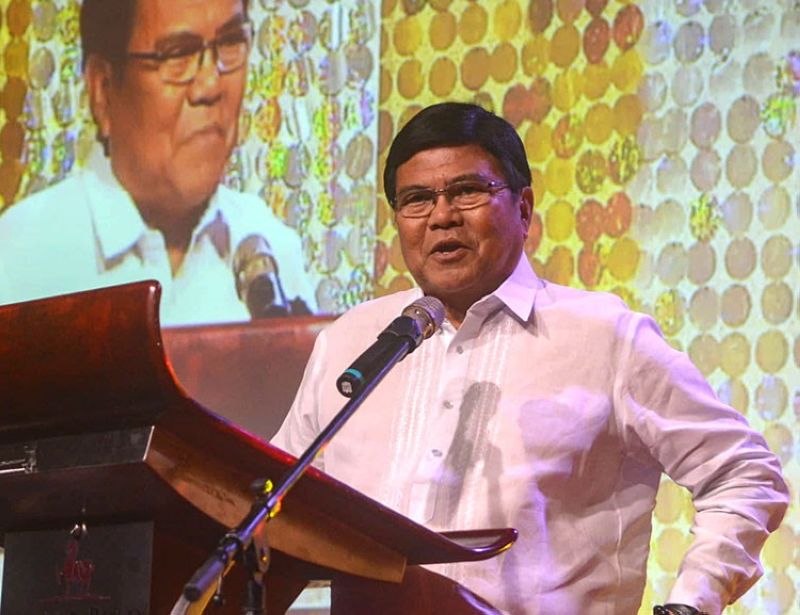 * IMAGES OF DUTERTE LEANING ON A CANE. During his visit to Japan. Photos circulated by Senator Bong Go show President Rodrigo Duterte leaning on a cane but seated.

Duterte fell off a motorcycle Wednesday night (October 16) in the PSG compound in Malacañang. It was not clear though if the use of the cane resulted from the incident.

Duterte has joined leaders and representatives of more than 170 countries in witnessing the enthronement of Japanese Emperor Naruhito.

* DIFFERENT KIND OF ROBBERY. Who's robbing whom of the vice presidency? "They robbed the proper vice president, myself," said Bongbong Marcos, "of three years of service." Vice President Leni Robredo, against whom a protest by Marcos is pending, retorted, "Between the two of us, it's not me who has a habit of robbing."

Published criticism of Cebu City Mayor Edgar Labella (a Facebook post picked up by The Freeman in a news story) didn't specify "nepotism." It said that the mayor "prioritized family members" in City Hall appointments and cited three of them:

[1] Edgar's brother, John Labella, who is his private secretary;

[2] Another brother of the mayor, Jojo Labella, who is Sinulog executive director;

[3] Edgar's wife Jocelyn Labella who "act as if they are officials [sic]" of the mayor's office.

Under Civil Service rules, the mayor lawfully appointed his brother John as private secretary since the position is primarily confidential.

Brother Jojo was appointed by Vice Mayor Mike Rama, who heads the Sinulog Foundation, for Jojo's "knowledge" of Sinulog business and activities, the mayor said. Also, there's the question whether positions at the foundation are technically covered by the nepotism ban since it is a private organization. Labella didn't mention that since he must regard the Sinulog Foundation as a City Hall entity, given his executive order creating a governing body to oversee its operations.

As to Jocelyn Labella, there is no appointment of the mayor's wife to any position at City Hall. If she did what she was accused of doing (apparently with no proof), it might not be nepotism but usurpation of official functions -- and the unnamed offense is behaving like a public official without being accountable.

'Only one out of seven'

Mayor Labella reportedly pointed out that of the seven relatives he could legally appoint without violating the nepotism ban, he appointed only one. That would be his brother John, his private secretary, since he didn't appoint Jojo nor his wife Jocelyn.

The mayor didn't specify the other six he could lawfully appoint at City Hall. From the law, one could guess that they must be for these other positions: [1] city administrator; [2] executive assistant; [3] chauffeur or driver; [4] personal security; [5] personal staff.

Under the broad listing in the Constitution, the positions are "policy-determining, primarily confidential and highly technical, by competitive examination."

Mayor Labella must be referring to seven positions in the City Hall plantilla that he can legally fill -- but did not -- with relatives by blood or marriage.

Ban is as wide as can be

Labella shouldn't be expected to violate the nepotism ban. He knows the law affecting public officials better than most people. He had served, spanning several years, as legal officer, then trial attorney, then special prosecutor in the Tanod bayan, and later as director in Ombudsman Visayas.

He knows the prohibition is as wide as can be and includes or covers:

[2] All kinds of appointments whether original, promotional, transfer and reemployment, regardless of status, including casuals and contractuals.

And he knows the legal exemptions which, he said, he didn't even fully tap. A City Hall watcher said, "Labella is no Johnny de los Reyes." De los Reyes, who was Talisay City mayor from 2013 to 2016, was criticized for appointing several relatives during his tenure.