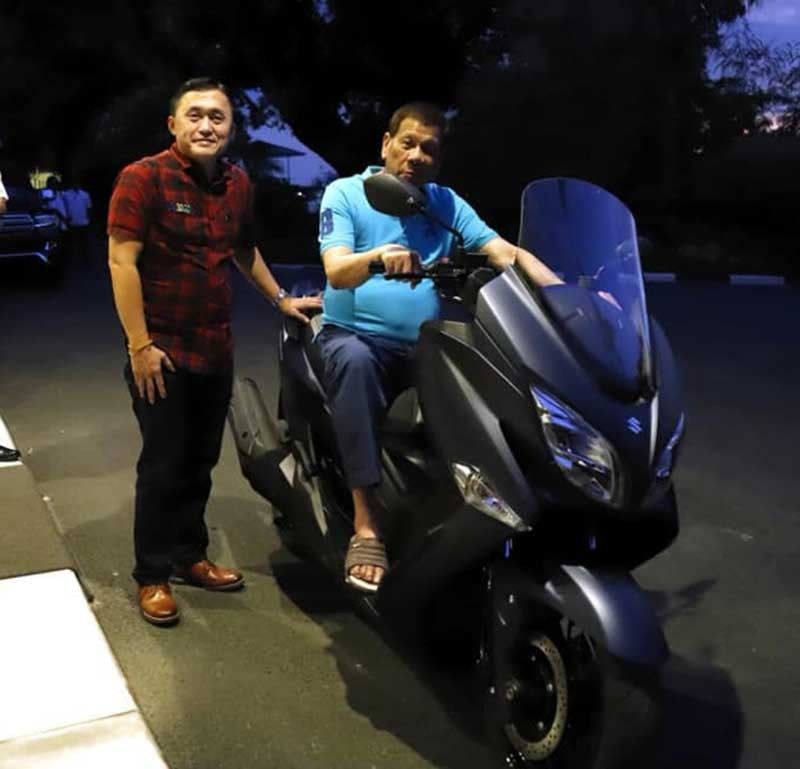 A SEEMINGLY tired President Rodrigo Duterte admitted Tuesday, October 22, that he could not seem to tolerate the back pain that he is experiencing after his motorcycle accident.

In a Facebook live video shared by his former special aide and now Senator Christopher Lawrence Go, the 74-year-old President said accidents are normal when driving a motorcycle, but he could not bear the pain from the injury he sustained on October 16.

“Magandang gabi po sa inyo, mga kababayan ko, mga Pilipino. Alam mo, about four days ago, sumemplang ako sa motor. ’Pag nagmo-motor ka once or twice sa buhay mo, makatikim ka talaga ng semplang (Good evening to my fellow country, my fellow Filipinos. You know, about four days ago, I fell off the motorcycle. Once or twice in your life, you will really fall),” he said.

“Lahat ng mga nagmo-motor, sumesemplang. Kagaya sa akin, ang ano lang, parang hindi ko matiis. ‘Yung sa belt banda, mga three inches, medyo masakit (It’s normal for all motorcycle riders like me to figure in an accident. However, I could not seem to tolerate the pain. It hurts),” he added.

Duterte sustained light bruises and scratches when he fell from the motorcycle after he parked it in the Presidential Security Group Compound’s garage on October 16.

In the video, the President appeared to be tired. He had to cut short his Japan trip because of the pain.

Duterte was in Japan to attend the enthronement ceremony for Emperor Naruhito.

Prior to the enthronement rites, Duterte was all smiles and was even posing with his cane, based on the photos from Go. (NASE/SunStar Philippines)
< Previous PageNext Page >