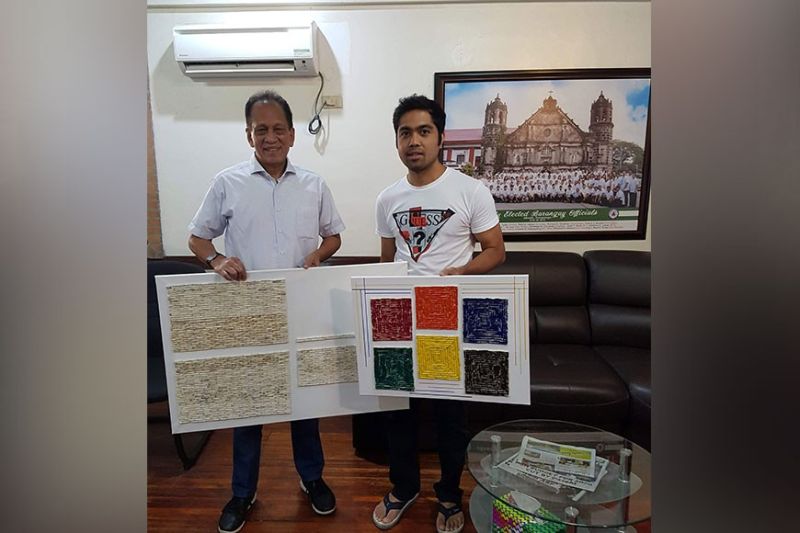 MINALIN -- A former overseas Filipino worker (OFW) is now using his passion for the arts to push his advocacy of environmental protection.

Mark Franco Ladrillo, 34, has been making artworks out of cigarette butts he collected from the streets of different municipalities in the province.

A former seaman, Ladrillo said he started as a collector of cigarette packs from different countries until he thought of incorporating his hobby to his environmental protection advocacy.

"I was able to collect 487 cigarette packs and I was featured in different media outlets which garnered both positive and negative comments. It was then that I was encouraged to think deeper on the significance of my advocacy," he recalled.

From cigarette packs, Ladrillo said he decided to collect cigarette butts instead and use them for his artworks in the hopes of raising awareness against littering and pollution, as well as smoking.

Since he came back to the country from South Korea in July, Ladrillo said he was already able to accumulate hundreds of cigarette butts that were used to make three artworks.

"I also gathered cigarette butts during my stay in South Korea. But unfortunately, I wasn't able to bring them here in the Philippines," he said.

An ex-smoker himself, Ladrillo said he also aims to inform the public of the negative effects of smoking to one's health and hopefully encourage smokers to quit in the process.

To better cascade his advocacy, the Minaleño artist is seeking the support of local government units in Pampanga through an ordinance from the legislative bodies.

"I am encouraging local government units to pass a resolution that will require the separation of cigarette butts from other trash. I would then collect it from the municipalities and include them in my artworks," he said.

He added: "Through our partnership with the local government units, we are positive that we can lessen the trash that contribute to climate change, and encourage healthy living among fellow Kapampangans."