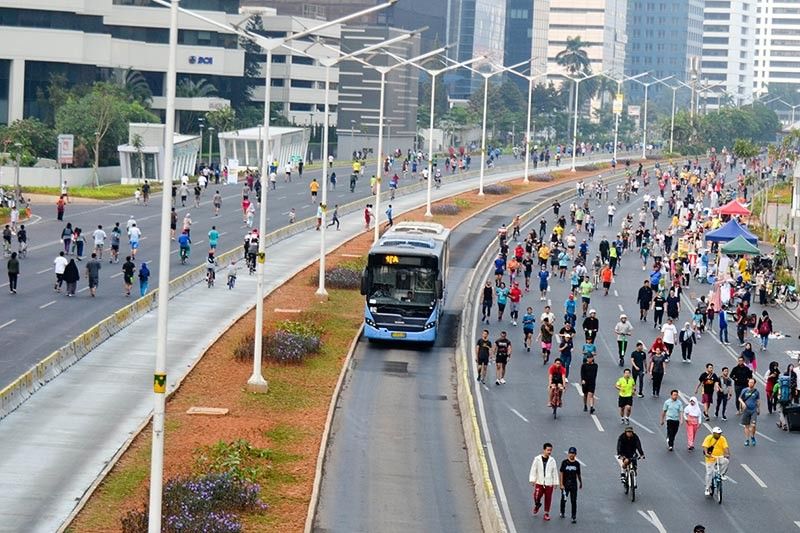 INDONESIA. Many were jogging and having their morning walk while others were on scooters, bikes, and skateboards during the car-free day in Jakarta. Implemented in certain areas of the city every Sunday, cars are not allowed in these areas from 6 a.m. to 11 a.m. (Photo by Reuel John F. Lumawag) 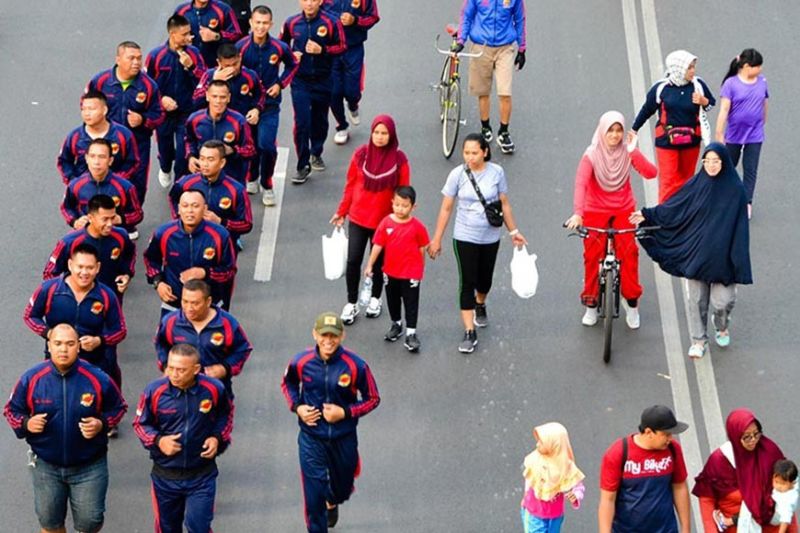 INDONESIA. Jakartans from different walks of life wake up early for the car-free day in Jakarta. (Photo by Reuel John F. Lumawag) 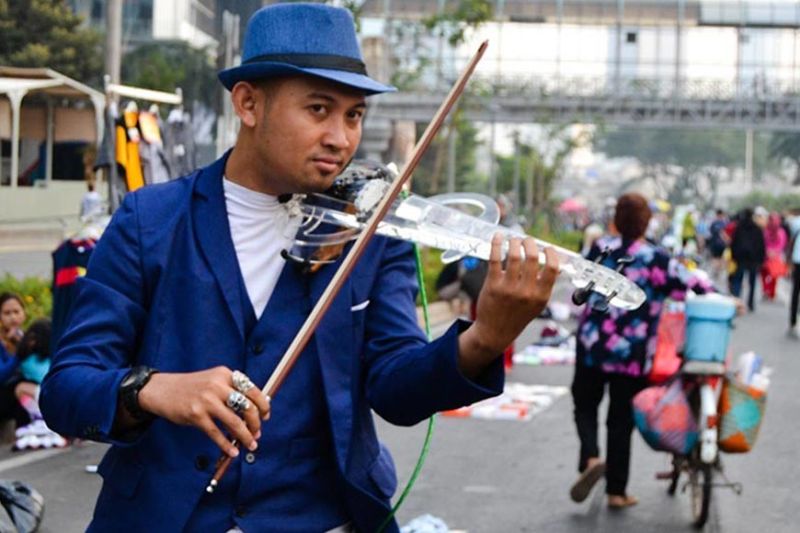 INDONESIA. While many were wearing casual clothes, a musician is dressed to kill as he performs different tunes for the entertainment of the Jakartans. Be sure to drop a tip in the box before leaving. (Photo by Reuel John F. Lumawag)

SINCE 2007, Jakarta has been implementing a Car-Free Day every Sunday.

On my last day in Indonesia, I was able to experience Jakarta’s Car-Free Day.

As early as 6 a.m., the stretch of Jalan Sudirman was already buzzing with activities. Jakartans of different backgrounds were up early taking a jog or stroll. Some were on their bikes, skateboards, and even scooters.

Along the side of the road were vendors selling a variety of goods -- food and non-food. I was most excited about the food that was being sold. It was interesting to try what Jakartans would have for breakfast after a jog or a walk.

One of the fascinating things I encountered during my stroll was this violinist. I was not expecting to see a musician playing at the side of the road. He was putting the smiles on the faces of the people passing by.

I also saw this man taking a stroll with a pet civet. At first I thought that it was a cat or ferret on his shoulder.

Another thing I observed was there were many families who were having their morning jog or strolls. According to our host, Vernon and our guide, Kandi, the car-free day also serves as a family time for many families in Jakarta.

I also noticed that the scooter is quite popular among many Indonesians. I saw a couple on one scooter. There were also groups of young people with scooters. Many youngsters have their own too.

Another interesting observation are mascots that you can find every now and then. I was told that in Jakarta, you will not find beggars. Instead you find people wearing mascots who perform if you give them a certain amount of money. Some mascots were alone, others have friends with them who play the music.

During our walk, I also saw a couple of what Vernon dubbed as “mobile Starbucks.” These were vendors on bikes selling coffee. Cups and sachets of coffee and tea were placed at the front of the bike while a thermos and other items were placed at the back.

Jakarta’s car-free day was fascinating. I just love how it turns one of the busiest cities in Southeast Asia into a laid back city from 6 a.m. to 11 a.m. I liked that it gives micro and small entrepreneurs an opportunity to market their products. It is also good to note that in a sense, this initiative promotes a healthier lifestyle to those living in this bustling city.

When you are planning a trip to Jakarta, Indonesia be sure to include a Sunday so you can also experience the car-free day. Cebu Pacific flies daily between Manila and Jakarta.