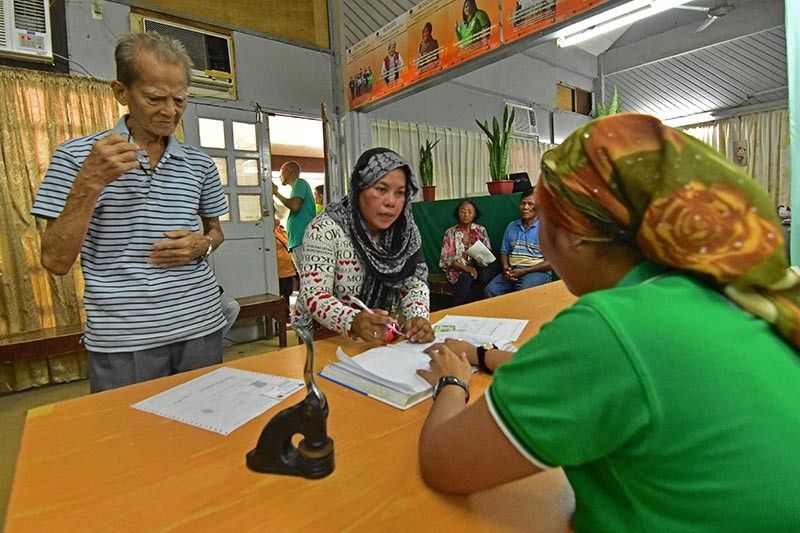 DAVAO. Since last week, senior citizens rush to get voter’s certificate at the Commission on Election Office in Magsaysay Park in Davao City hoping to get the financial assistance from the city. However, the said assistance is yet to be approved by the city council as it is still under second reading. (Macky Lim)

THE Commission on Elections (Comelec) in Davao City was surprised to see an influx of senior citizens coming from all across the city at their office even after registration for the barangay elections had closed September 30.

Comelec-Davao spokesperson Krisna Caballero on Tuesday, October 22, said that according to some senior citizens, they are asking for their voter’s certification because this is one of the requirements of the proposed ordinance wherein all qualified seniors residing in the city will receive an annual financial aid of P3,000.

Caballero said she was not fully aware that the city is currently pushing such ordinance, not until councilors Ralph Abella and Al-ag personally visited the Comelec office in Magsaysay Park to talk to the seniors who waited to be prioritized.

The Comelec official said Al-ag, during his visit, clarified that the proposed ordinance is still on second reading and it has not yet been approved.

The city council and the committee on social services, on Tuesday, October 22, also posted the clarification on the City Government of Davao Facebook page.

“Hon. Wilberto Al-ag, the Chairperson of the Committee on Social Services wishes to inform all the Senior Citizens of Davao City that the proposed ordinance titled: Ordinance granting annual financial assistance to all qualified Sr. citizens of Davao City has not yet been approved in the City Council and will be subject for deliberation during the session on October 22, 2019,” part of the official statement of Al-ag’s office, which was posted on the city government of Davao’s Facebook page, said.

Meanwhile, Caballero said if they were informed properly that senior citizens will be getting voter’s certification from their office, they could have prepared auxiliary assistance from the concerned agencies, like the police and Central 911, and even the medic.

“Just in case considering these are senior citizens,” Caballero said, adding there were even bedridden seniors who were carried by their family just to get their voter’s certification.

“Even the mayor (Sara Duterte-Carpio) would not be happy when she would see the situation,” she said.

Caballero also said some senior citizen association leaders told their members to claim their certification immediately because of a hearsay that the deadline for the inclusion of the annual assistance is on October 25 for them to process the assistance by November.

Caballero said Abella told the seniors that even if the ordinance will be passed by the end of the year, it will not be immediately implemented as it would still be forwarded to the executive department for further deliberation.

Despite the clarification, some seniors continue to fall in line and the Comelec 11 admitted that they cannot do anything about it.

Meanwhile, Caballero said the Comelec would still cater to the senior citizens’ request for their voter’s certification as they are mandated to issue it.

“Since it is part of our duty to give voters certification, we will be issuing regardless of the purpose, since it is their right, it is their record, which can be used as an identification,” she said.

She also said if they were informed ahead, they could have scheduled the releasing per barangay so as not to give inconvenience to the seniors.

Caballero said among the problems they had encountered during the influx of senior citizens were the lack of manpower and computer units to process their application.

“Naa pa gyu’y ubang seniors nga deactivated, which is wala nami mahimo ana. (There were also some seniors who were deactivated from our list, which we cannot do anything about it). They have to wait for the next elections,” Caballero said.