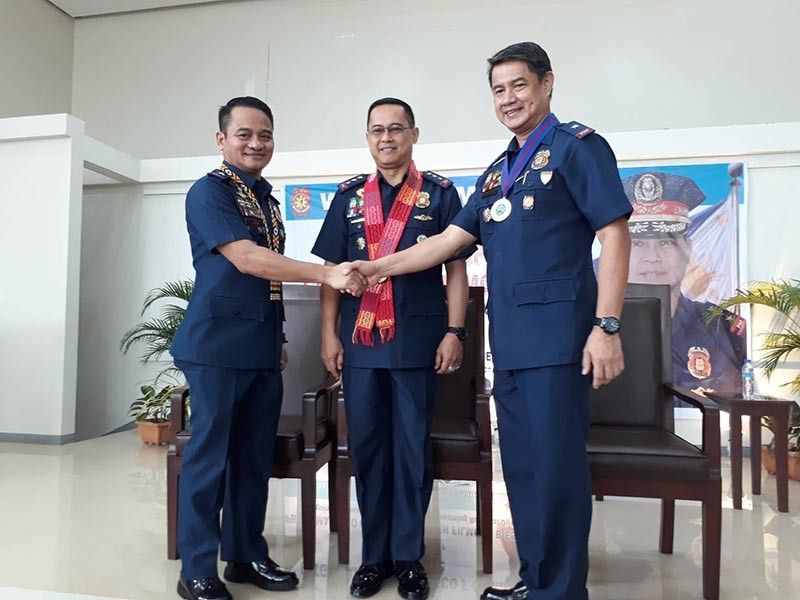 NEWLY-INSTALLED regional director of Police Regional Office (PRO)-Davao Police Brigadier General Filmore Escobal warned that he will give zero tolerance to erring policemen who will be involved in illegal drugs.

In an interview during the turnover of command ceremony Tuesday, October 22, at Bagani Hall at PRO-Davao headquarters, Escobal said he will check the 10 policemen, including three commissioned and seven non-commissioned officers, who were allegedly linked to illegal drugs.

“We will look into that. Zero tolerance tayo sa involvement sa mga ganyang activities as in zero kaya nga this is part of internal cleansing programs of the Philippine National Police,” Escobal said.

He also vowed to adhere to the directive of officer-in-charge (OIC) of the Philippine National Police (PNP) Police Lieutenant General Archie Gamboa on the internal cleansing campaign amid the controversy that the PNP organization is facing.

“We are focusing on internal cleansing siyempre, kailangan muna naming linisin ang aming hanay and this is the directive of no less than the OIC chief PNP and the President because meron pang impact sa campaign namin on anti-criminality and anti-illegal drugs and anti-terrorism,” he said.

He underscored the importance of imposing discipline, which is an important factor for a police unit to accomplish its target.

“This time around, I’m being given bigger responsibility the - whole regional office 11. The challenge is accepted and I will also accept whatever consequence na nakaakibat doon,” he said.

Escobal added that he will review the performance of all the Provincial Directors and City Director for a possible revamp or reshuffle in different provinces.