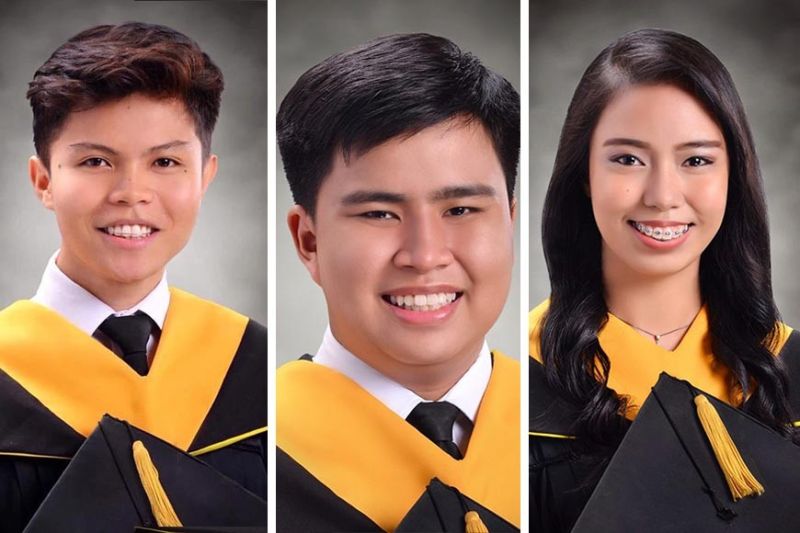 THREE self-reviewers who were graduates of University of San Carlos in Cebu City landed in the top 10 of the 2019 Certified Public Accountant Licensure Exam (CPALE).

“I figured that enrolling in a review center was an unnecessary burden that I have to place on my parents because we all know that review schools aren’t cheap,” Saromines said.

His fellow Fuego Batch members—Saromines and Mendoza placed fourth and eighth with ratings of 89.33 and 87.67 percent, respectively.

The complete list of the CPALE passers was released by the Professional Regulation Commission (PRC) on Monday, Oct. 21.

Alinsonorin said he could still not believe that he placed fourth in the board exam.

“The results totally left me flabbergasted. It still feels so surreal. I was so sure that I am not going to top the CPALE. In fact, I was not even confident that I was gonna pass the exams. Despite all my doubts and frustrations, God really made a way. It was all Him,” he said.

His friend was the one who informed him about the results, and about his feat.

Before he received the good news, Alinsonorin said he had been binge-watching videos on YouTube to distract himself from the suspense and thrill of waiting for the results.

He said he felt frustrated after the exams as there were several answers he had changed at the final minute.

“When I discussed the questions with my co-takers after the exam, I found out that my first answer of those items were the correct ones,” Alinsonorin said.

Asked to divulge his secret to his success, he said putting to heart, not just in mind, everything he read while studying for the CPALE was his sure recipe to land in the top 10.

“Everything you do will have an effect on your future. Read and understand everything. Study with the Board exams in mind. Put to heart everything you read. Forgive yourself for your shortcomings. And most importantly, never give up. Do your future self a favor,” he said.

For his part, Saromines dedicated his success to his mother, who was also an accountancy graduate.

He said his mother inspired him to take up accountancy.

“When I learned that I was in the top 10, I was shaking and I immediately hugged my mom because of happiness. It was just like a dream. I chose accountancy because I believe it was what was right for me,” Saromines said.

He also did not neglect his health while reviewing for the CPALE.

Mendoza, for her part, said prayers have calmed her before, during and after the exams.

“I was really nervous because I felt like I was not ready yet. But I kept praying to God for him to calm my heart. I told myself that whatever happens, happens. It’s his plan so I cannot do anything about it. I was just studying hard and reviewing the night before the exams. I went to the testing center ready and still praying all the way,” she said. (WBS)