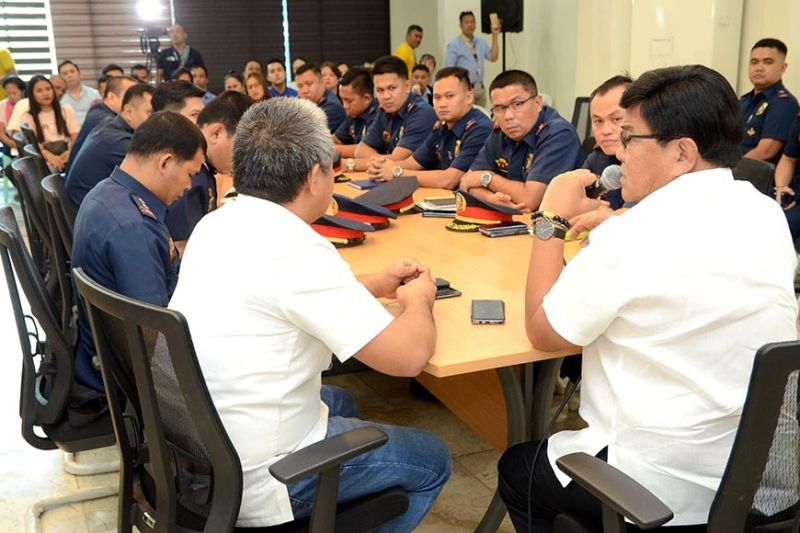 THE areas around malls should be well lit and jewelry shops and money changers should not be placed near the entrance of malls.

These were among the suggestions raised during a meeting of Cebu City Mayor Edgardo Labella, police enforcers and mall representatives on Tuesday, Oct. 22, 2019.

That, as Mandaue City Mayor Jonas Cortes pushed for the presence of policemen inside malls conducting foot patrol.

But Labella said he is satisfied with the security measures being adopted by SM, Robinsons and Ayala malls.

He did not elaborate, but he urged other malls to review their security measures especially in areas where the jewelry shops, money changers and remittance shops are.

He also wants police cars to rove the city and the mall areas so that it would be faster for the police to respond to crime alarms.

He assured, however, that Cebu City is a safe place to live in.

Before the year ends, the Cebu City Hall will acquire an artificial intelligence (AI) system that will be connected to the Cebu City command center. It comes with an app that allows people to see what’s going on where, Labella said.

It is expensive, Labella said, but he can find the means to acquire it with the help of the private sector.

In the meeting, a representative of Robinsons Galleria said some areas around the malls need to be lighted and the street lamps checked.

A representative from SM suggested that mall operators closely monitor CCTV recordings to detect and anticipate commission of crimes.

In Mandaue City, Mayor Cortes asked the City Council to pass an ordinance that would allow armed policemen in uniform to conduct foot patrols inside malls and banks.

Cortes said the presence and visibility of police will deter bad elements from executing something unlawful or criminal.

Cortes asked Mandaue City Police Office (MCPO) Chief P/Col Jonathan Abella to support the ordinance and extend the foot patrol of the police inside the mall.

Abella said he supports the mayor’s call. He said a foot patrol inside the amll will enhance security without expense on the part of the mall.

MCPO will meeting on Friday, Oct. 25, with representatives of malls, security agencies, financial instituions and establishments to discuss security matters.

Gov. Gwendolyn Garcia has directed the Cebu Police Provincial Office (CPPO) to tighten security in the sea ports and terminals.

All these security meetings came after three jewelry shops, a money changer and a pawnshop in a mall in Mandaue City were robbed on Oct. 19, 2019.

Four of the robbers were shot dead by police.

Three of them were from Tangub City, Misamis Occidental. (JJL, KFD, PAC, RTF)