UC to take on Panthers 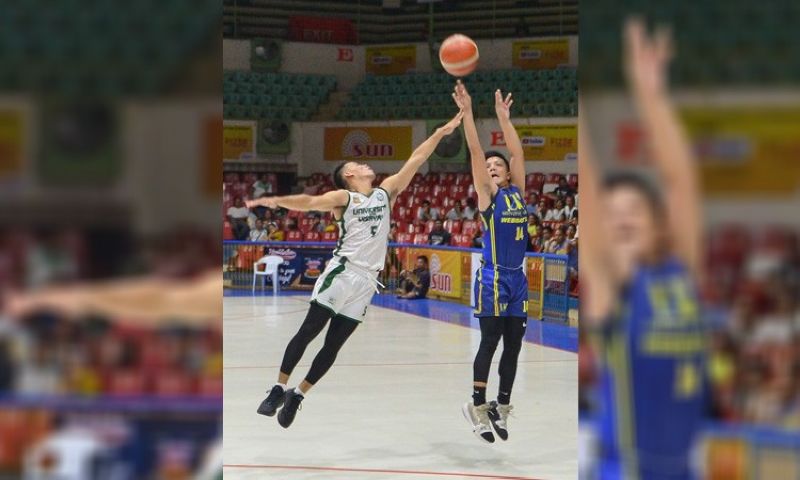 UC guard Darrell Shane Menina will try to lead the Webmasters to a win over the USPF Panthers on Thursday night in the Cesafi.(Contributed foto/Ron Tolin)

THE University of Cebu (UC) Webmasters face another tough challenge in their pursuit of a spot in the Final Four as they take on the always- dangerous University of Southern Philippines Foundation (USPF) Panthers in the 2019 Cebu Schools Athletic Foundation Inc. (CESAFI) men’s basketball tournament at the Cebu Coliseum on Thursday, October 24, 2019.

Sporting a 5-3 (win-loss) record, UC have won two straight games including an 83-66 win over the defending champions University of the Visayas last Sunday.

With the race for tickets to the semifinals as tight as it could possibly be, UC’s lead assistant coach Rocky Alcoseba sees little margin for error especially against a USPF squad that dealt them a 78-72 loss in the first round.

“I give them constant reminders on what is at stake. Showing them the big picture on what we can accomplish if we take care of business and having an opportunity to have a twice to beat advantage,” said the youngest son of head coach, Yayoy Alcoseba.

On the other hand, the Panthers are trying to keep their chances of making it to the Final Four alive. At 3-7, USPF has lost all four games in the second round and another defeat on Thursday night would oust it from playoff contention.

Meanwhile, in the high school division, the University of Cebu-Lapu-Lapu and Mandaue (UCLM) Campus will be looking for its second straight win when it takes on the reeling Southwestern University-Phinma Baby Cobras.

UCLM is coming off its first win in the Cesafi — a stunning 69-66 victory over the previously unbeaten UC Baby Webmasters. The victory propped up UCLM’s record to 1-6, half a game behind their opponents on Thursday, which owns a 2-6 mark. (SunStar Cebu)