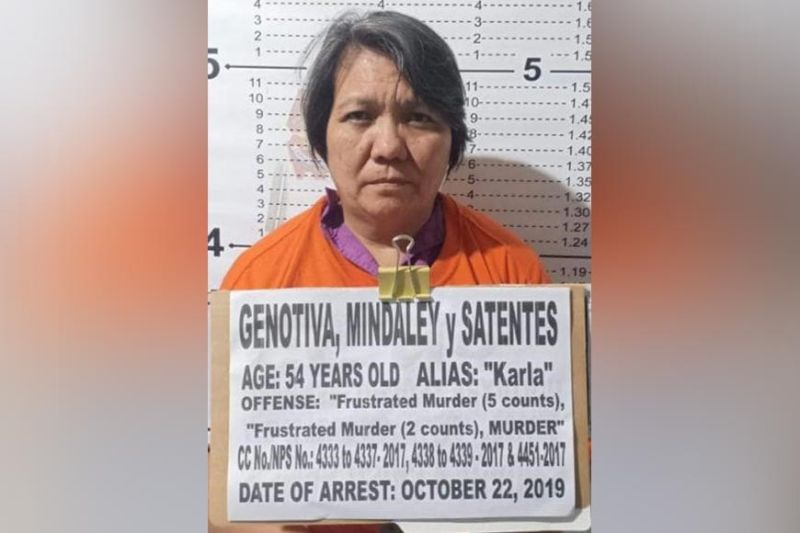 Viray said Genotiva was arrested Tuesday after being served warrants of arrest along the Quezon Boulevard in Kidapawan City, North Cotabato.

Viray added that the warrants of arrest were issued and signed by Regional Trial Court Branch 61 Judge Henelinda Molina-Diaz of Kidapawan City.

As confirmed by former NPA rebels, Viray said Genotiva was responsible for the conduct of force collection schemes, which victimized businessmen down to the lowly paid laborers and in charge of forcing and extorting from individuals, groups, establishments, and companies who were made to pay not less than P300,000.

He said the arrested ranking NPA member was also one of those responsible for the violent mass rally in Kidapawan City in April 2016 that caused the injury to some of the responding policemen and resulted in several casualties among the farmers and Indigenous Peoples whom they deceived to join the staged rally.

“This will serve as a warning to those who continue to put our communities in suffering and misery using force, coercion, deception, and intimidation to get their hard-earned money intended for their family. We will not allow you to put our communities in jeopardy and hamper their economic growth. We will use all assets and legal means available to us to bring you to the bar of justice and stop your evil acts,” Santos warned. (SunStar Zamboanga)