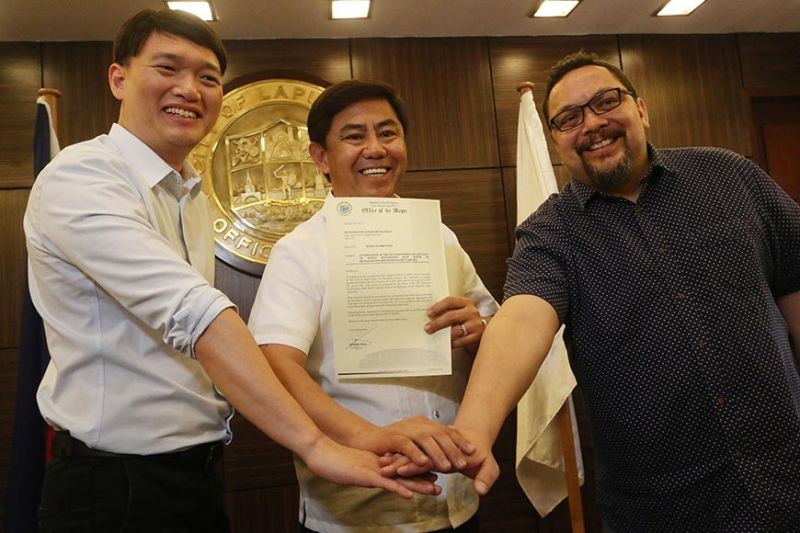 TO SOLVE the ongoing water problem in their city, Lapu-Lapu City officials have entered into a deal with a Luzon-based private firm for the construction of two desalination plants that can provide around 60,000 cubic meters of bulk water per day.

Once the two desalination plants start operations, it will utilize seawater from the city’s surrounding coasts and process it so it can be distributed to consumers.

The two facilities will be constructed in Barangays Marigondon and Punta Engaño, which have been suffering from water shortages for long periods of time.

With the deal signed, the Lapu-Lapu City government will be the first local government unit in Cebu to come up with a concrete solution to the water supply problem following the failure of the Metropolitan Cebu Water District (MCWD) to address the matter for the past few months.

In an interview, Chan said he has been receiving complaints from his constituents over MCWD’s failure to address water shortages in some of their barangays.

He believes it is now up to LGUs to help the MCWD in addressing these shortages.

Under the MOA, CS Water will start constructing the two desalination plants within 18 months. The firm is set to hold its groundbreaking ceremony in December this year.

CS Water will then pay the city a royalty fee of 50 centavos per cubic meter.

Residents of Lapu-Lapu City will be given priority by the firm should it hire manpower for its two plants.

“MCWD is happy with what we are doing. I know that they have been taking flak over the lack of water being felt in some LGUs in Metro Cebu. With private sector participation, at least one of their problems has been addressed,” Chan told reporters, in Cebuano.

Separately, Soler said their firm is expected to invest around P3.5 billion for the construction of the two facilities.

They are also committing to ensure that the construction of the two plants will be done in less than 18 months so they can immediately serve Lapu-Lapu City residents.

Soler said they are set to meet with MCWD officials to discuss the pricing of water they collect per cubic meter.

The Lapu-Lapu City government has also sent a letter of intent to MCWD on their plan to supply water to the agency through CS Water.

Soler said they can only produce at least 60,000 cubic meters to the city as they have yet to check the MCWD’s receiving pipes installed in the city.

If MCWD does upgrade their receiving pipes, Soler said they could supply up to 100,000 cubic meters of water to the city.

“We’re also giving time for MCWD to build up the capacity; 60,000 should be doable for the current pipes. As we deliver water, we will add pipelines and that will increase the volumne of water. The nice thing about this is it’s modular. We can start at 25,000 then add modules to make it 60,000 and in the future, we can make it 100,000,” Soler said. (GCM of SuperBalita Cebu, JKV)