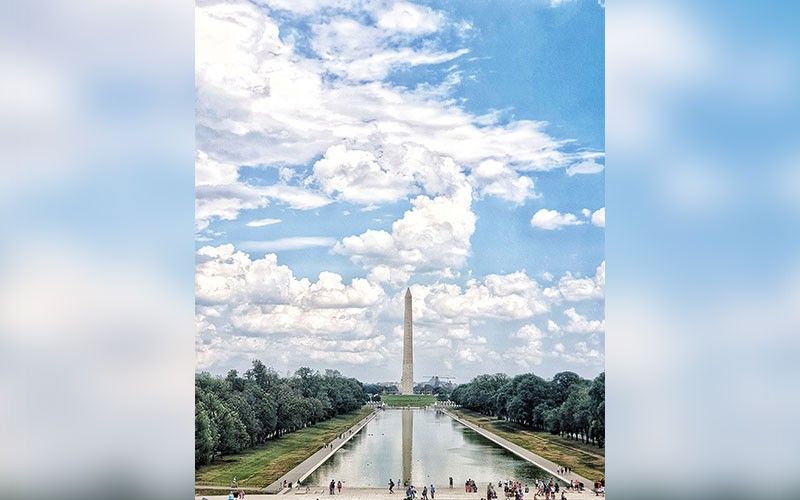 WASHINGTON MONUMENT. Most recognizable, yet mysterious symbol of the nation. (Photo by Kate Tiffany Yu) 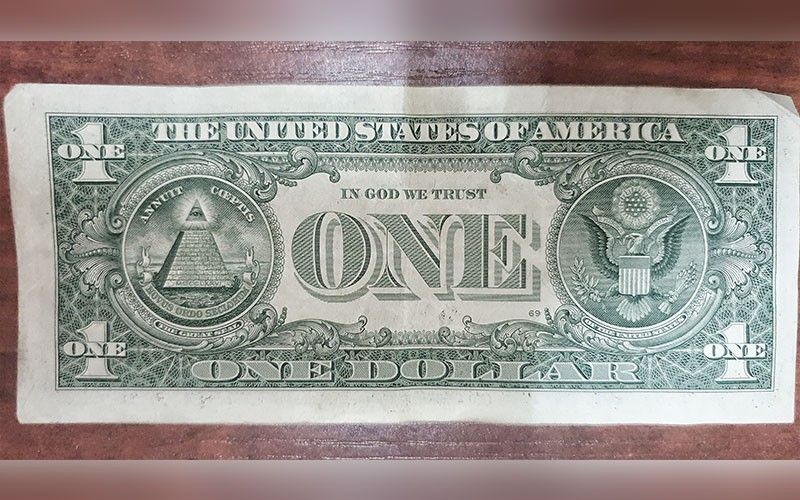 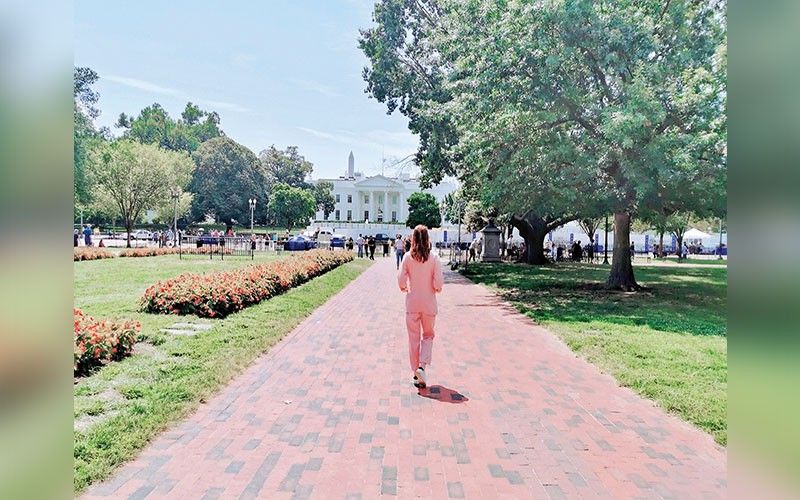 WHITE HOUSE. Pretending to be a secret service agent on a mission. (Photo by Kate Tiffany Yu) 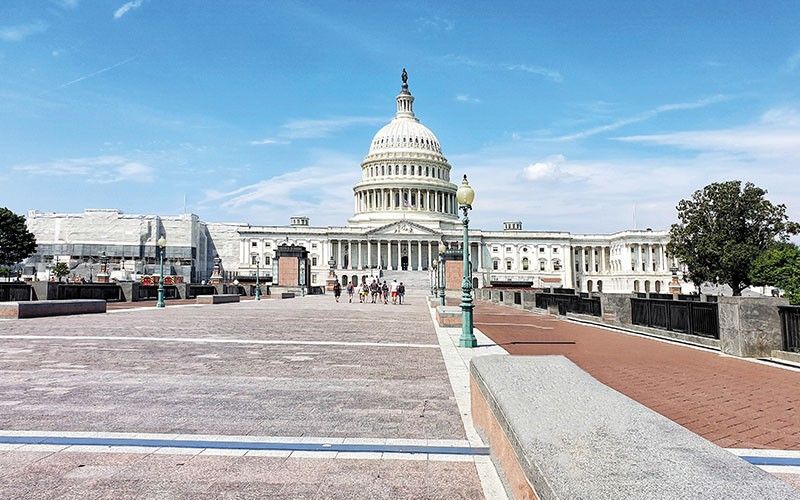 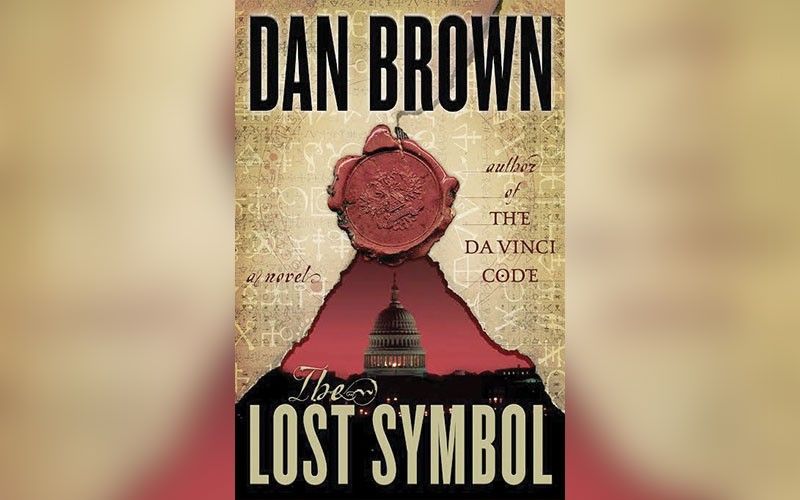 LOST SYMBOL BOOK. My inspiration for this piece. (Photo by Kate Tiffany Yu) 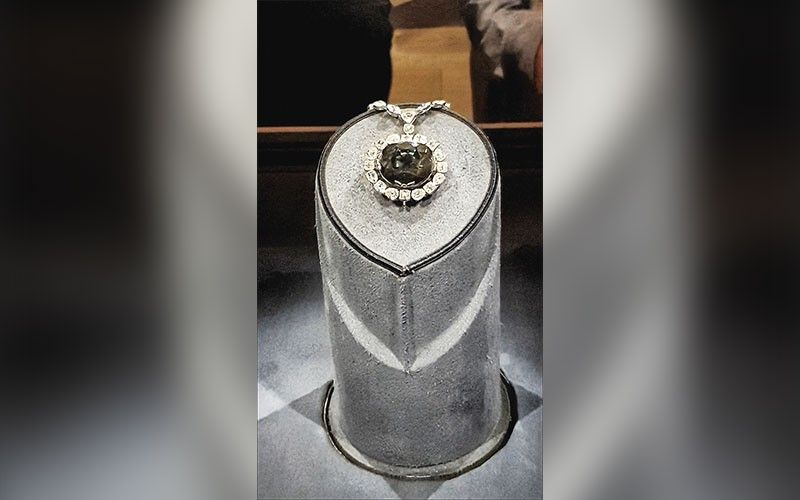 Hope Diamond found at the Smithsonian Museum, it is a 45-carat blue diamond, wealthy people who possessed it were blessed and cursed. (Photo by Kate Tiffany Yu)

I AM a huge fan of reading historical fiction novels. I gravitate towards those with controversial or religious content. My favorite book, The Lost Symbol by Dan Brown led me to explore Washington and see the city in a new light. Join me on this quest in search for masonic secrets that withstood the test of time.

Best known as the Nation’s Capital, it’s the only U.S. state named after a president. This vast empty land was handpicked by George Washington himself, which he developed into a mystical city.

George Washington, the first president of the United States appointed the great architect Pierre Charles L’Enfant to design a grid system at which the center would be the Capitol Building. Since George Washington was an elite member of Freemasonry, many conspiracy theorists believed he incorporated masonic patterns and symbols into its designs.

There’s a long and fascinating history behind this story. In fact, I did my research, and if you look at the map of the city, all the important landmarks inside the mall are strategically positioned to form a pentagram with the White House at its apex. A geometric symbol can also be traced when I connected these three famous establishments. Coincidence? You decide. Even if it’s just a myth, it does add an air of mystery that shrouds the city.

The National Mall is the crown jewel of the city. It is a massive landscaped park, home to numerous iconic monuments, museums and memorial parks. These monuments were erected in honor of the legacy of the American forefathers who fought for independence.

The Washington Monument was the first structure I noticed. It’s a two-toned, white-colored, Egyptian obelisk, standing 555 feet tall, the tallest in the nation’s capital. A height restriction was imposed, that no building be taller than the symbol of the state.

As the federal heart of America, D.C. is crammed with government buildings everywhere. Of course, you can’t say you’ve been to Washington without a glimpse of the most iconic emblem, the White House. Always seen in blockbuster movies with political plots, almost all action scenes take place here. The White House serves as the president’s home and office, there are 132 rooms, 35 bathrooms, eight staircases and six levels. I could have booked a tour inside, but to do that, needed to do so two months prior, write a letter of request (long essay) addressed to Senate officials or members of Congress to get approval, but the best part is that its self- guided and free!

When I reached the center of the complex, I sensed a compelling zeal emitting from America’s seat of power, evidently politics is the lifeblood of the city. The decisions made here echo around the world. The complex consists of the U.S. Capitol Building, House and Senate offices, U.S. Botanical Garden, Library of Congress and the Supreme Court Building.

The U.S. Capitol Building’s architecture was meticulously designed to mirror the grandeur of Ancient Rome. Inside, one can find an Italian-inspired whispering gallery, symbolic rotunda and a crypt.

The Library of Congress has the largest and oldest collection of books on Earth! Also dubbed the Jefferson library, most of the books were donated by the late president. Aside from books, the library also contains secret treasures and precious artifacts of the past. Anyone can access them provided they have a library card.

The Supreme Court, the highest court in the land, in charge of protecting equality and justice for all, is open to the public, you just have to schedule ahead in order to witness the court in action.

Underneath all these structures is an underground tunnel system, a labyrinth of passageways that allows members of Congress to traverse from one building to another out of the public eye. Also along the corridors are secret rooms said to be bomb-proof bunkers equipped with survival kits in case of emergency.

Originally called the Military War Department, the Pentagon is the largest Ministry of Defense in the world, with each of its five sides roughly equivalent to the size of the Capitol Building. The structure is so large that it is a self-contained city for many of its employees.

My tour guide explained that the secret behind the Pentagon’s shape was that the architect needed to maximize space in between five existing roads, so he came up with a plan to just follow the edges of the street. He also created several rings in such a way that the workers were able to zip through each department.

We drove around the Pentagon to see the ruins marked by the Sept. 11 attack. Beside the building, a new memorial was erected to commemorate those who were victims of the tragedy.

All codes, signs and symbols seemingly hidden are visible in plain sight, only if you know how to decipher them. Freemasonry is a powerful secret society, a brotherhood of wealthy, influential and genius men. They have laid cornerstones in complete masonic rites in every important building. Masons have also played a significant role in shaping and molding the District of Columbia. Freemasonry is not a religion, they are not devil worshippers or occult fanatics, instead, Masons describe themselves as a fraternity that teaches moral lessons through allegory and secret rituals. Creating foundations is their aim to help fund and donate to charities all over America.

Esoteric symbols lurk in every corner of Washington D.C., and only the enlightened ones can unravel the mysteries of the unknown. After all, knowledge is power. Wisdom is wealth.