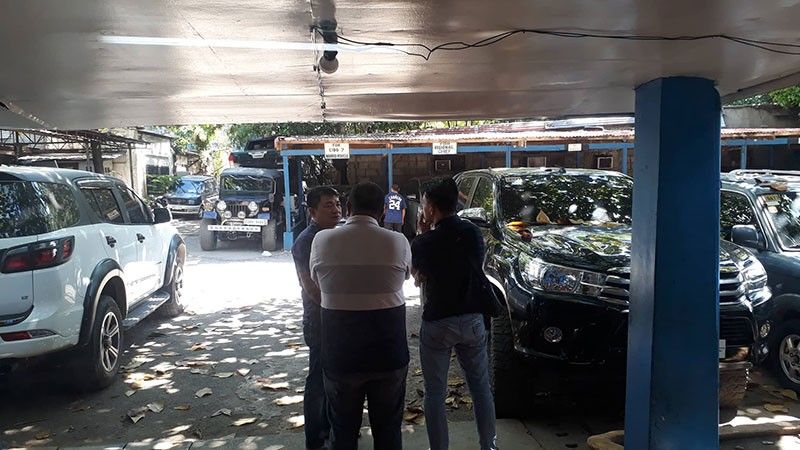 DOUBLE. Victims of an investment scam that promised to double their money in 45 days go to the Criminal Investigation and Detection Group 7 when they learned of the arrest of officers behind the company, Phoenix EA Holding International Inc. (SunStar Photo/Arnold Bustamante)

Police Maj. Edwin Lacostales of CIDG 7 said the group targeted Metro Cebu residents in their investment scheme after the company moved here when it received complaints from investors in Mindanao.

According to those who complained to the CIDG 7, the group would entice potential clients to invest their money in exchange for a 30 percent return on investment in 30 days or 100 percent in 45 days. But once the client puts in the money, Matulac’s group would provide the client with beauty products as a way to hide its illegal operations, the complainants said.

They added that Matulac and her group would assure the investor that the money is placed in the foreign exchange or forex market.

While operating in Mindanao, Matulac’s group was initially called Blitz Unlimited Inc., but when investors started suing them, they changed the name to “Phoenix EA Holding International,” Lacostales added. They then moved their operations to Metro Cebu last April.

After receiving the complaints, Lacostales and his operatives immediately conducted surveillance on Matulac’s group and found that more investors have been victimized by them. They also checked with the Securities and Exchange Commission (SEC) and found that the company was not registered. Thus, it was illegal for them to accept investments, he said.

At around 10 p.m. Tuesday, CIDG 7 operatives conducted an entrapment operation at a coffee shop at the North Reclamation Area in Mandaue City. Using boodle money or fake bills for entrapment, the operatives immediately transacted with Matulac’s group. Once the money switched hands, the police operatives identified themselves and arrested Matulac and her companions.

Former vice mayor Acenas, one of those arrested, denied he was part of Matulac’s group. He said he was a victim himself after he invested a lot of money in the scheme.

But Lacostales said Acenas was part of Matulac’s group who transacted with them during the entrapment operation. They will be amenable, however, to using Acenas as a state witness if he insists on being a victim, he said.

One victim, a 47-year-old overseas Filipino worker (OFW), said he put P1 million in the company. This victim committed to filing charges against Matulac. The OFW told SunStar Cebu that he fell for Matulac’s promise that she would double his investment within 45 days. “Ang promise niya na tutubo yung ibibigay mong halaga sa isang daang porsiento so kung mayron kang isang milyon magiging dalawang milyon sa luob ng apat naput limang araw,” the OFW said. (She promised that my money will increase 100 percent. So, if I put in P1 million, it will be P2 million in 45 days.)

Aside from the OFW, investors of Matulac’s old group, Blitz Unlimited, came from Mindanao to Cebu when they learned of her arrest.

Lacostales said charges for violating the SEC Code or Republic Act 8789 will be filed against Matulac. The others will face estafa charges. Matulac’s bodyguard will be charged with illegal possession of firearms.

The SEC has been warning the public against get-rich-quick or double-your-money schemes and companies that are not allowed by law to receive investments.

It also warned that if the company is not registered with the SEC, then it could be a scam. Other tips: If it sounds too good to be true, it is. Do not believe in guaranteed returns because there are risks involved in investments. Ask questions, research the company before making an investment.