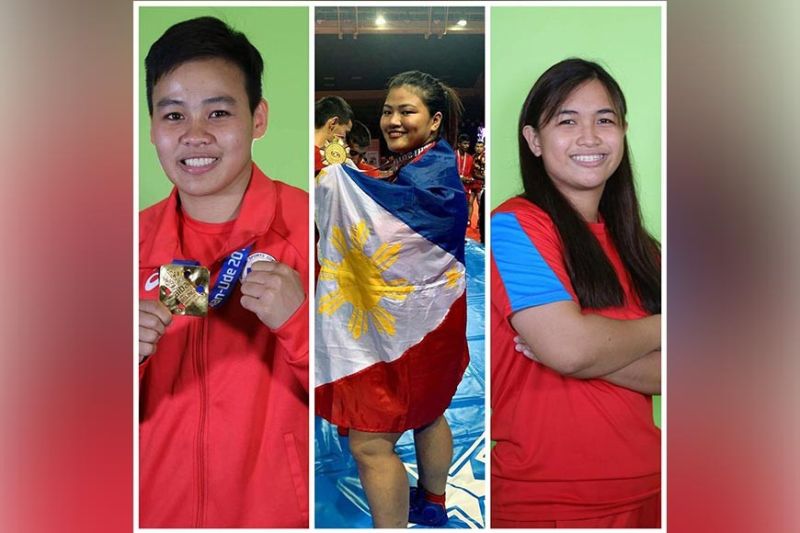 DAVAO. Decorated athletes from left, Nesthy Alcayde Petecio, Sydney Sy Tancontian and Maiquel Jawn Selga will lead the ceremonial torch relay for the country's hosting of the 30th Southeast Asian (SEA) Games 2019, which will kick off in Davao City on October 30. (Mark Perandos)

Joining her are fellow SEA Games-bound athletes Sydney Sy Tancontian, who will compete in sambo and kurash, and Maiquel Jawn "Mikee" Selga, who is entered in waterski.

Tancontian recently clinched a bronze medal in the World Youth and Juniors Sambo Championships 2019 at the Sports Complex Uzbekistan, while Selga is a 2015 SEA Games wakeboard double bronze medalist.

The 27-year-old Petecio, who is currently spending time with her family in Barangay Tuban in Sta. Cruz, Davao del Sur, said having been invited to be part of the event is special.

Phisgoc organizers, she said, talked to Association of Boxing Alliances in the Philippines (Abap) executive director Ed Picson to ask permission for her participation in the torch relay launch here.

She paid a courtesy visit to acting mayor Sebastian Duterte and to the City Council members Tuesday, October 22, who gave her a commendation for her feat. She visited some relatives in Toril Wednesday, October 23.

Selga, for her part, delayed her departure to be able to join the torch relay as she was earlier set to train in Clark for the SEA Games. She will leave in the evening of October 30 instead.

"I feel honored to be able to represent my sport and most especially I am proud to represent Davao City for this upcoming SEA games. It is a pleasure to be part of this year's torch relay and I look forward to it," 19-year-old Selga, whose SEA Games stint is supported by her parents, Abstrk Davao, GTND, Reefside Surf Co., Sunstop Davao, boxfit ph and Dr. Heed, said.

The biennial games is set on November 30 to December 11.

The 30th SEA Games torch will be lit for the first time in Davao amd will make its way to Cebu and Clark. These are also the three cities where a torch run will be held.