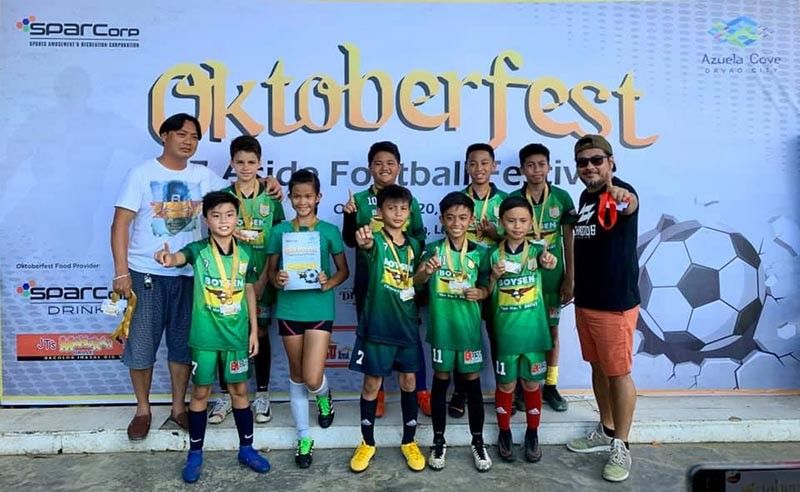 DAVAO. The Rovers Football Club players and coaches receive their gold medals for topping the mix 11 division of the just-concluded Sparcorp Oktoberfest Football Festival held at the Azuela Cove in Lanang, Davao City.

But Rovers FC bowed to Tamasak Panabo, 1-3, in the mixed seven division and also in mixed eight category, 0-1.

Ateneo de Davao University, meanwhile, outlasted Koronadal FC-A, 3-2, even as RMC bounced back with a 1-0 victory over Southshield FC in mix nine finals.