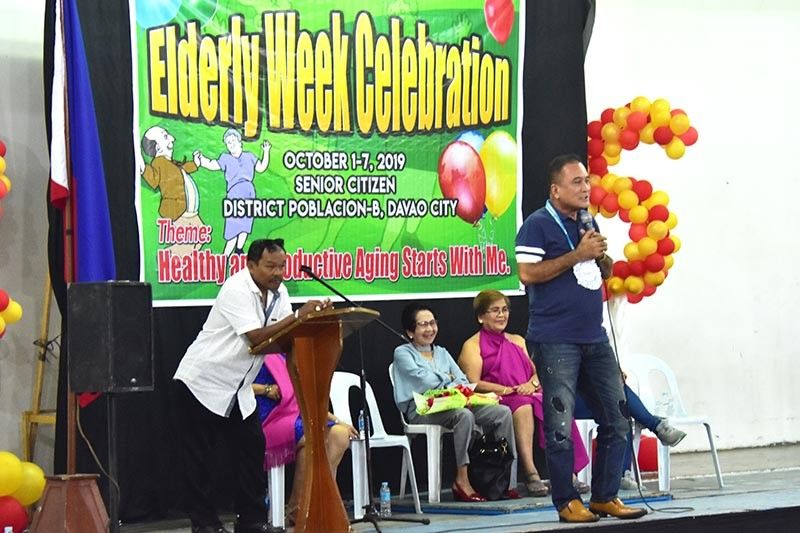 PROPONENTS of the ordinance that seeks to provide annual social pension to qualified senior citizens in Davao City clarified that getting a voter's registration certificate is not needed.

Councilor Wilberto Al-ag, City Council committee on social services chairperson, said under the proposed ordinance, which is still under second reading, seniors are no longer obliged to get a voter's certification from the Commission on Elections (Comelec).

"Dili na mi mangayo og voter's certification. If aduna may pangayua'g certification (proof of city residency) gikan sa Comelec, ang city na mismo ang muduol aron mangayo og listahan (We won't be asking for a voter's certification. If ever there is a need to provide a proof of city residency from the Comelec, the city will just ask the list from the Comelec itself)," Al-ag said on Wednesday, October 23, during the 19th City Council media briefing.

This came after senior citizens stormed the Comelec office at Magsaysay Park to ask for their voter's registration.

Comelec-Davao spokesperson Krisna Caballero said Tuesday, October 22, that according to some senior citizens, they are asking for their voter's certification because this is one of the requirements of the proposed ordinance wherein all qualified seniors residing in the city will receive an annual financial aid of P3,000.

Al-ag later apologized for the inconvenience the senior citizens experienced due to the false information.

Councilor Ralph Abella, one of the original proponents of the proposed ordinance, said the only qualifications they set for the pension are the following: he/she must be a senior citizen, must have an identification card issued and certified by the Office for Senior Citizens Affairs (Osca), must be an active member of a chapter group accredited by Osca, and must be a registered voter of the city. He said the only exemption they set is only for those bedridden seniors for they are automatically qualified for the pension.

Abella, a former Barangay Vicente Hizon captain, said he pushed for its enactment as he was able to successfully implement a similar ordinance in his barangay wherein his senior citizen constituents receive an annual pension of P500. He filed it under first reading in July and eventually referred to Al-ag's committee.

He said there is a need to strictly include "registered voter of the city" under the qualification to ensure that only seniors of the city will only be able to qualify the city's financial assistance.

"Gi-require nato nga registered voter sa city kay basin mahitabo na nga naa mangagi nga ato silingan from outside the city, mag-claim nga residente kuno sila sa siyudad (We required under the qualification that he/she must be a registered voter in the city, because there might be instances that residents from outside the city would be hopping off here and would claim that they are bona fide residents here)," Abella said.

He added that any senior can claim and use their Osca ID anywhere and the certification of residency can easily be accessed in the barangays.

"If dili nato na himuon na registered voter lang ang pwede maka-avail, hurot gyud ang kwarta sa siyudad (If we will not limit it to the registered voters, the city's fund would be depleted)," he said.

Once the ordinance will be enacted within the year or early next year, the pension distribution would be available starting second week of November 2020, with a total amount of P343,470,000.

Meanwhile, based on the data of Osca, the city has a total of 255,000 seniors. However, Al-ag said the figure is still being validated.