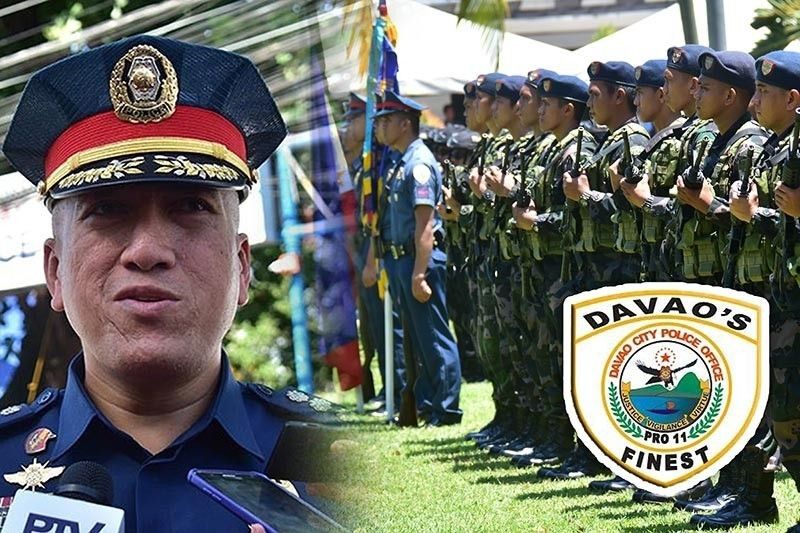 OUTGOING Davao City Police Office (DCPO) Director Alexander Tagum considered his assignment in the city as a redemption of his career as a police officer after his name was dragged into the violent dispersal in Kidapawan City where he stood as the ground commander.

Tagum recalled Wednesday, October 23, how grateful he was when he was chosen by Mayor Sara Duterte-Carpio two years ago to lead the DCPO. It came as a surprise knowing how tough the selection process in choosing who will lead the police force in the hometown of President Rodrigo Duterte.

Tagum, who hails from Kidapawan City and a member of the Philippine National Police Academy Class Tagapagkalinga Class of 1991, assumed the directorship in April 2017, replacing then DCPO director Colonel Michael John Dubria.

"The trust and confidence and the support that was given to me by our supportive city mayor. Talagang sabi ko nga sa sarili ko pag ako nagkulang, immediately, mag te-tender ako ng resignation sa kanya because of the support given to me," Tagum said.

In his two years as DCPO director, Tagum is thankful for the trust, confidence, and the support of the mayor.

"Unang-una alam niyo naman ang nakaraan ko. I was the ground commander during that Kidapawan incident and in a way, the trust and confidence given to me by our mayor and the service that I have rendered for the past two years, in a way, redeems me. In a way, napakita ko naman sa inyo na pwede pa pala akong tumayo after what happened," he added.

Tagum has initiated several anti-criminality programs. He led the creation of Oplan Kalinaw, a comprehensive effort to counter terrorism and anti-criminality operations including identification, background check and profiling of transient residents and manhunt operations of wanted persons or fugitives hiding in urban communities.

He also expressed his confidence for his successor Police Colonel Kirby John Kraft. He expects him to also do his best in keeping the city safe from any security threats.

"This is not a career (being a policeman). This is a lifelong advocacy of public service. For as long as that is your stand, it is your personal advocacy, you can never go wrong. Ano man ang mangyari, hindi ka matatakot kahit magkamali ka man for as long as what you are doing is para sa mas ikabubuti ng mas nakakarami," Tagum said.