9,641 security personnel to be deployed for Undas 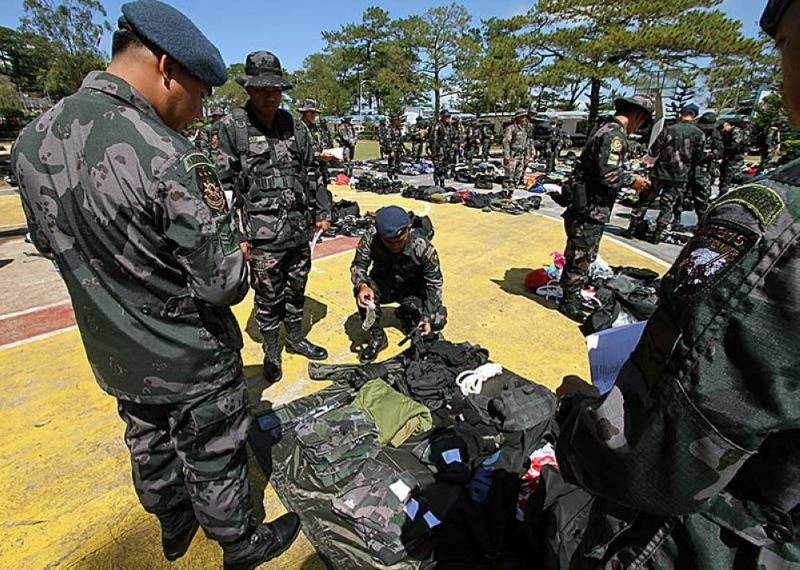 THE Davao City Public Safety and Security Command Center (PSSCC) said a total of 9,641 security personnel, law enforcement, and other force multipliers will be deployed for the duration of the annual observance of All Saints' and All Souls' Days on November 1 and 2.

PSSCC head Angel Sumagaysay said in a press briefing Wednesday, October 23, that they held a conference for their Oplan Kaluluwa security plan, as an influx of visitors is expected to flock to Davao City cemeteries.

"We will be deploying almost 9,641. This is an integrated deployment, so please support us in disseminating, particularly the do's and don'ts," Sumagaysay said.

The public has always been reminded every Undas of items that are prohibited inside all premises of public and private cemeteries. These items include deadly or any bladed weapon, alcoholic drinks, playing cards, mahjong or gambling items of any kind and loud speakers/stereo.

Sumagaysay said they are monitoring a total of 35 cemeteries, including 16 large cemeteries. They have an average deployment of 1,928 for four days.

On Friday, October 25, he said they will talk to bus and van operators and managers at Davao City Overland Transport Terminal (DCOTT) to ensure the road safety and well-being of the passengers who will be returning to their respective provinces this coming Undas.

The office primary responsible of all other units would the Davao City Police Office (DCPO).

For his part, DCPO Director Alexander Tagum said they will likewise implement the same security template they did in the past. They will dispatch policemen two days advance before Undas.

"Kabalo man mi nga two days before palang sa sugod sa Undas, naa nay naga limpyo so dili mi gusto nga masudlan, that's the reason why naa mi advance (We know that two days before the start of Undas, there are already people who will go to the cemeteries to clean the grave of their loved ones, that's why we will deploy personnel in advance)," Tagum said.

The Police Regional Office-Davao also said they are ready to provide augmentation through their Regional Mobile Force Battalion should a unit will request one to augment their forces.

Meanwhile, Task Force Davao (TFD) Civil Military Office Chief Major Louie Legarde underscored that they will strengthen their advocacy on propagating the Culture of Security among the public to ensure peaceful commemoration of the tradition.

"We will support DCPO don sa mga checkpoint and area security and we will be checking any means ng mga terrorista to have a peaceful and ligtas na Araw ng Kaluluwa," Legarde said.