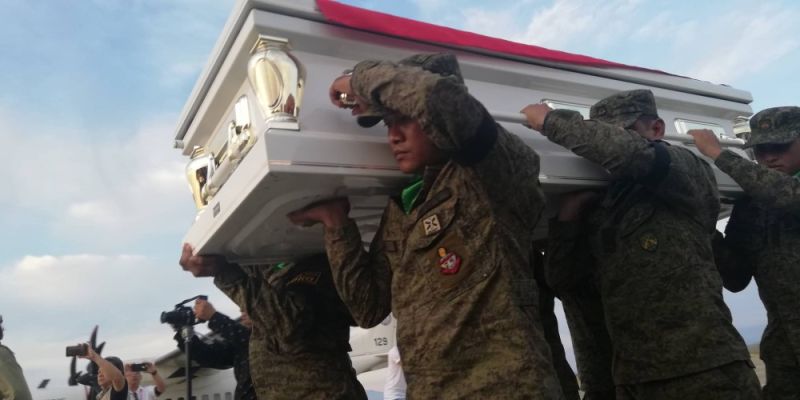 SECURITY measures and a special traffic scheme are put in place from October 23 to 25 for the arrival and vigil of the late Senate President Aquilino "Nene" Pimentel Jr. whose remains arrived in Cagayan de Oro City Wednesday, October 23.

Security is, meanwhile, tight at the City Hall to ensure a peaceful wake of the late senator.

Police are deployed in the area to conduct frisking of the visitors from all over Mindanao.

Government officials from all over Mindanao, including former mayors and city officials, are expected to visit the wake.

On the first vigil, the necrological service was sponsored by the judiciary, Integrated Bar of the Philippines, Public Attorney's Office, and the National Youth Commission.

Another necrological service was led by the Department of the Interior and Local Government, Philippine National Police, Bureau of Fire Protection, Philippine Army, Coast Guard, and members of the media.

Pimentel's remains were brought by an aircraft of the Philippine Air Force plane C130 and landed in Laguindingan airport Wednesday afternoon, October 23.

He was then brought to city tourism hall where a three-day public viewing is arranged.