Petitioner not satisfied yet, respects Wage Board decision 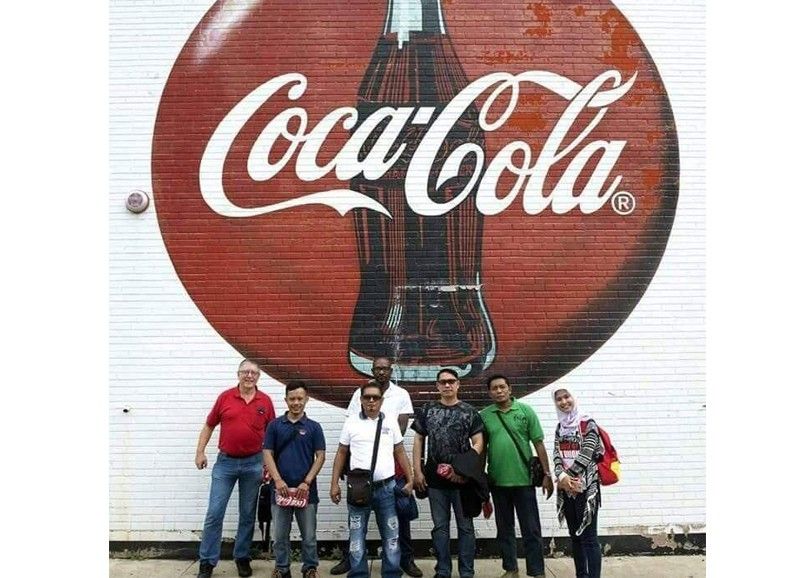 Emmanuel Bandola (third from right), president of the New and Independent Workers Organization, the lone-petitioner of the minimum wage increase for private sector workers in Western Visayas. (Contributed Photo)

THOUGH not satisfied, the lone-petitioner of minimum wage increase for private sector workers in Western Visayas respects the decision of the Regional Wages and Productivity Board (RTWPB).

Emmanuel Bandola, president of the New and Independent Workers Organization (Niwo), said Wednesday, October 23, 2019 said the result of the three public hearings and the deliberation of the wage board is not satisfying on their part.

Niwo, a rank and file labor union of Coca-Cola Beverages Philippines Inc.-Bacolod, filed the petition on July 1, 2019, seeking for a P50 increase for workers in the plantation and non-plantation and P60 for commercial and industrial sector workers.

The RTWPB-Western Visayas, however, approved only P15 to 30 daily minimum wage increase.

Bandola said their petitioned amount is actually just for the restoration of the purchasing power of the workers and it is not enough to cope with the increasing prices of basic goods and services.

It cannot actually alleviate the living of the minimum wage workers, he said.

“We are already lagged behind in terms of salary compared to Manila,” Bandola said, adding that despite that almost similar prices of commodities, the wage disparity between the region and Manila remains huge.

On Tuesday, October 22, 2019, members of the RTWPB-Western Visayas chaired by Department of Labor and Employment regional director Cyril Ticao issued Wage Order No. 15 providing a daily minimum wage increase of P15 to P30.

Under which, workers among non-agriculture, industrial, and commercial establishments employing more than 10 employees will receive a P30 daily pay hike.

In those establishments employing less than 10, workers will get an additional of P15 making the new wage rate under this sector as P310 per day.

For agriculture sector, plantation workers will receive a P20 increase. The new daily wage rate therefore is P315 pesos from only P295.

Despite the non-satisfaction, Niwo has no plans to contest the Wage Order.

Its president said the new Wage Order is a consensus among the members of the Board including the representatives of both labor and management.

Bandola said the labor sector should not lose hope, but it should continue filing for wage hike petition starting 2020.

“Though only half, at least we were able to get an increase,” he said, adding that they already talked with labor representatives Wennie Sancho and Hernane Braza who also agreed to just respect the collegial decision.

Under the existing Wage Order 24 which took effect on July 12 last year, minimum wage earners in Western Visayas are receiving an additional pay of P13.50 to P41.50 per day depending on classification.

From the previous P323.50, the RTWPB-Western Visayas came up with an increase of P26.50 on basic wage plus a Cola of P15 workers in the non-agriculture, industrial and commercial establishments employing more than 10 employees

All in all, the previous increase in this classification was P41.50.

Those employing 10 workers and below, the existing wage rate was derived from an increase of P18.50 plus a Cola of P5, or a total of P23.50.

For the agriculture sector, plantation workers received P8.50 increase and Cola of P5. The existing wage rate of P295 is P13.50 higher than the previous rate of P281.50.

For the labor sector, having no Cola is an advantage of the new Wage Order as only the basic salary applies to overtime pay, 13th month, and other benefits.

Sancho, though, said the approved wage hike is not substantial yet it can already caution the impact of the increases in prices of basic goods and services.

“In a way, it could somehow stabilize the purchasing power of the workers in the region,” Sancho, also the secretary general of the General Alliance of Workers Associations (Gawa), said.

Frank Carbon, chief executive officer of the Metro Bacolod Chamber of Commerce and Industry (MBCCI), said they earlier suggested for a classification of businesses like that of the Department of Trade and Industry (DTI).

Under which, there should be startups, small, medium and large enterprises.

“If this is the decision of the Wage Board, it seems that provincial businesses will forever be like sari-sari stores, we can no longer go up as we cannot compete with these big ones,” he added.

The RTWPB-Western Visayas secretariat is set to publish the Wage Order probably next week after it has been reviewed by the National Wages and Productivity Commission (NWPC).

According to Sancho, it will take effect 15 days after publication, hopefully before Christmas.