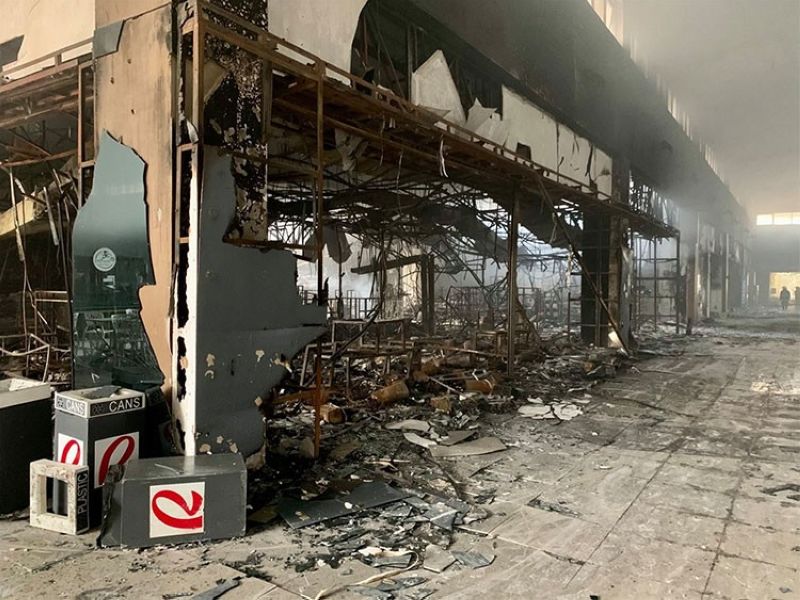 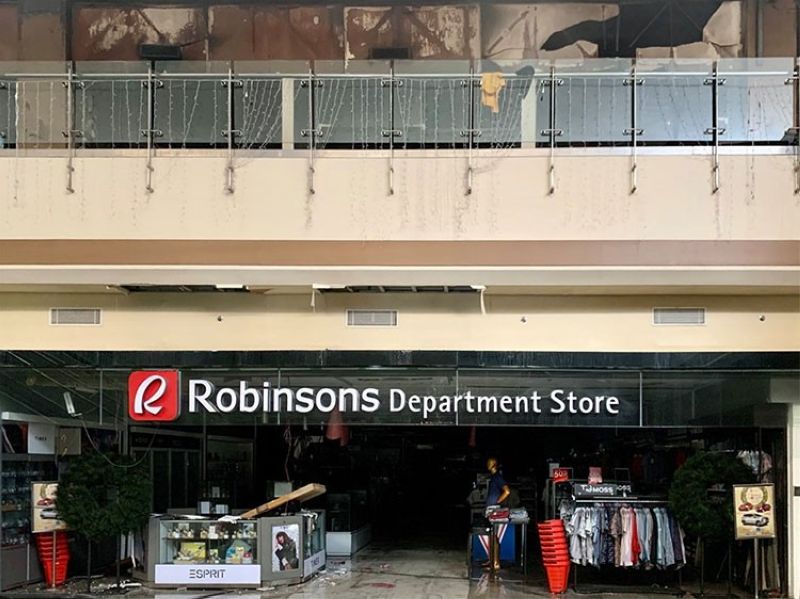 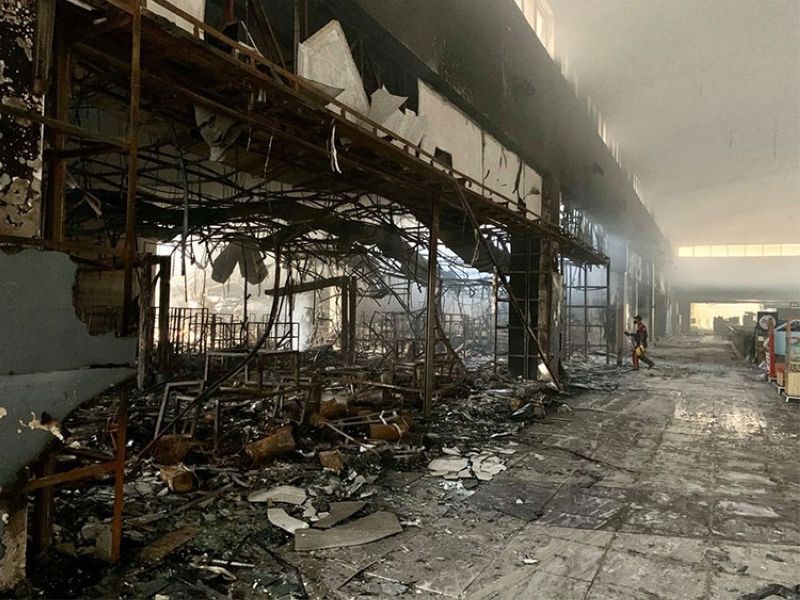 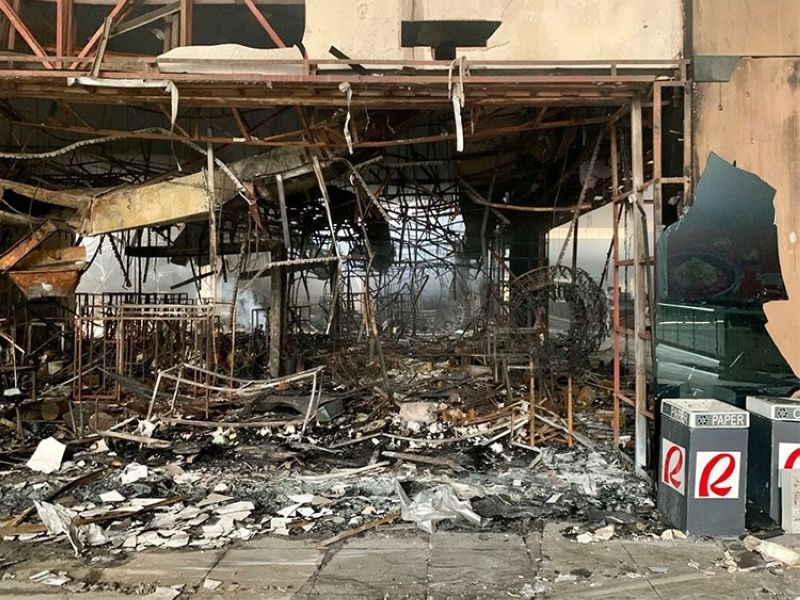 ROBINSONS Place Tacloban is temporarily closed effective Thursday, October 24, to give way for clearing operations after a 16-hour fire that destroyed some portions of the mall.

The fire broke out around 5:40 p.m. Wednesday, October 23. The Bureau of Fire Protection (BFP) in Tacloban City declared the fire out at 9:03 a.m. Thursday, October 24.

"We care about your safety," the mall's management said in a brief statement on its official Facebook page.

No casualties have been reported and everyone inside the building was safely evacuated, it added.

A least 250 tenants of the mall were affected, with 28 completely gutted by the fire.

At least 60 percent of the mall was damaged.

Mayor Alfred Romualdez, who was on top of the situation, thanked all municipalities who sent their fire trucks and rescue personnel to the scene.

Speaking to reporters, Tacloban Fire Marshall Chief Inspector Joelito Sabandal said they cannot give details on the cause and the estimated damage caused by the fire "since it is still under investigation."

Volunteer Fire Brigades include the Fil-Chinese Chamber, Green, White, Delta and volunteers from other local government units and the Tacloban Rescue Unit (Tacru).

Police and other volunteers also helped in securing the area to prevent untoward incident like massive looting, which happened inside the mall in the wake of the November 2013 Super Typhoon Yolanda.

During the fire incident, Romualdez ordered the City Engineering Office to put up the City's Emergency Tower Lights as power was cut in the area.

The City Government and generous residents donated water bottles for firefighters and responders, as they battled to bring the blaze and the thick smoke under control around 11:23 p.m. Wednesday, October 23, after the fire was raised to fourth alarm at 8 p.m.

The guests were also safely transferred to the nearby hotel in the area.

The Robinsons Malls Operations team assured the public that they were working hand in hand to secure the vicinity and make sure the fire will be contained the soonest possible time.

"We are getting support from the officials of local government," the mall said in an earlier statement.

"The fire was strong at the second floor area within five minutes due to many combustible materials," Mesiona told the local media.

Meanwhile, Tacloban Vice Mayor Jerry Yaokasin lauded the quick response team from the Department of Labor and Employment (Dole) who conducted immediate assessment of the situation.

"They will extend emergency assistance to displaced workers/employees affected by the fire," Yaokasin wrote online.

An estimated 1,000 mall workers were affected by the emergency fire incident.

He also informed that most of the stores in the Expansion area were not affected by the fire.

"Your favorite food stalls and shops are still there when Robinsons reopens," Yaokasin added.

In an initial report, authorities said the fire started at the kitchen area of a restaurant on the ground floor.

The fire then quickly spread to nearby establishments, then to the department store located at the second floor of the mall's annex building. (SunStar Philippines)