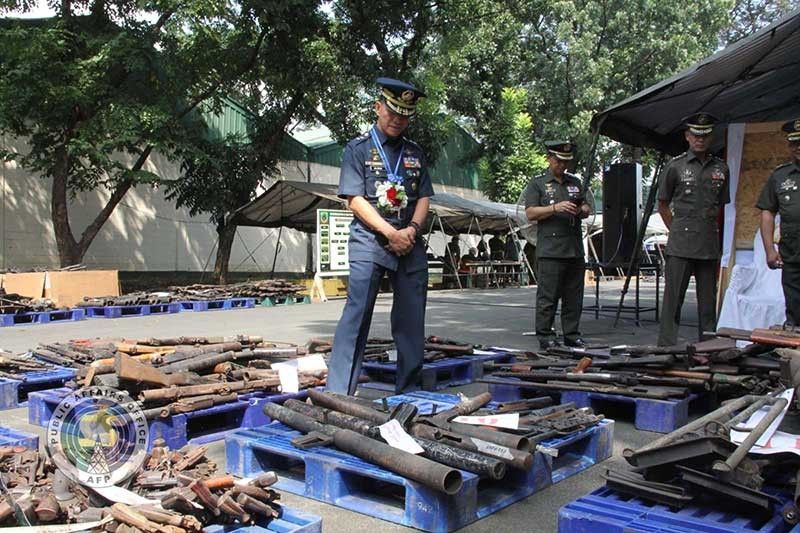 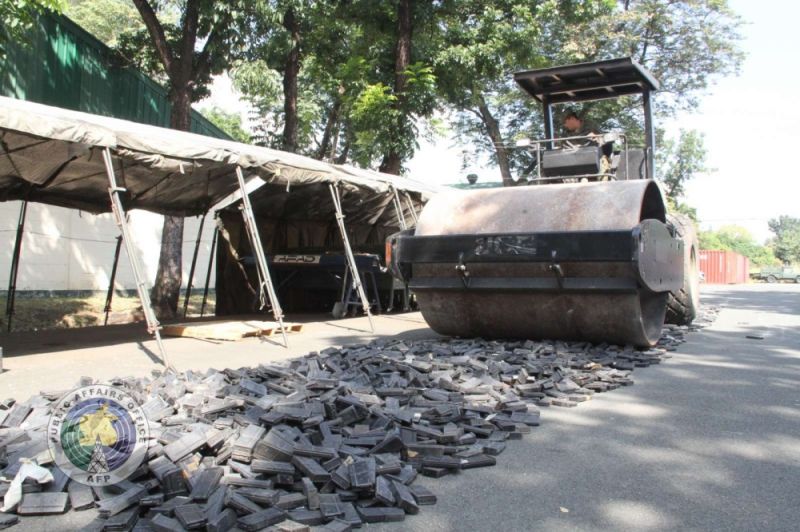 THE Armed Forces of the Philippines (AFP) on Thursday, October 24, destroyed thousands of firearms and magazines as part of the campaign against loose firearms.

A total of 1,561 firearms from Army units in Luzon and 55,730 magazine assemblies from across the country, which were either captured, confiscated, surrendered and recovered (CCSR) since 2016 through military operations and community engagements, were destroyed at the AFP headquarters in Camp Aguinaldo.

It was part of the 12th Founding Anniversary of the AFP Munitions Control Center (MCC), a unit primarily mandated for the accounting and destruction of CCSR firearms and magazines, which were determined as non-standard, obsolete, and beyond economical repair.

It also helps AFP units inspect and maintain their firearms and ensure that serviceability of their issued weapons.

"This program will significantly reduce the number of unserviceable CCSR firearms and eventually dispose all unofficial and dilapidated weapons in the inventory of the AFP," said AFP Vice Chief of Staff Vice Admiral Gaudencio Collado Jr. in a speech delivered by Major General Erickson Gloria, the deputy chief of staff.

"This translates to the 90-percent completion of the demilitarization program of the Philippine Army. Likewise, I would like to commend the AFP MCC for this successful demilitarization," he added.

The AFP said the CCSR firearms and their various accessories go through a process of identification and verification in which those that will no longer be used as evidence in court and are not subjected to the Enhanced Comprehensive Local Integration Program will not be destroyed and will be turned over to proper authorities.

It said identification of the owners of the firearms with defaced serial numbers will also be done while all non-standard items will be destroyed.

The AFP has an ongoing campaign to recover loose firearms as part of efforts to prevent and counter violent extremism in the country.

In 2018, a total of 4,782 assorted unlicensed firearms were confiscated with the help of the local government executives, prominent political families, and religious leaders particularly in Mindanao. (SunStar Philippines)