Bamboo: Philippines' next alternative to lumber 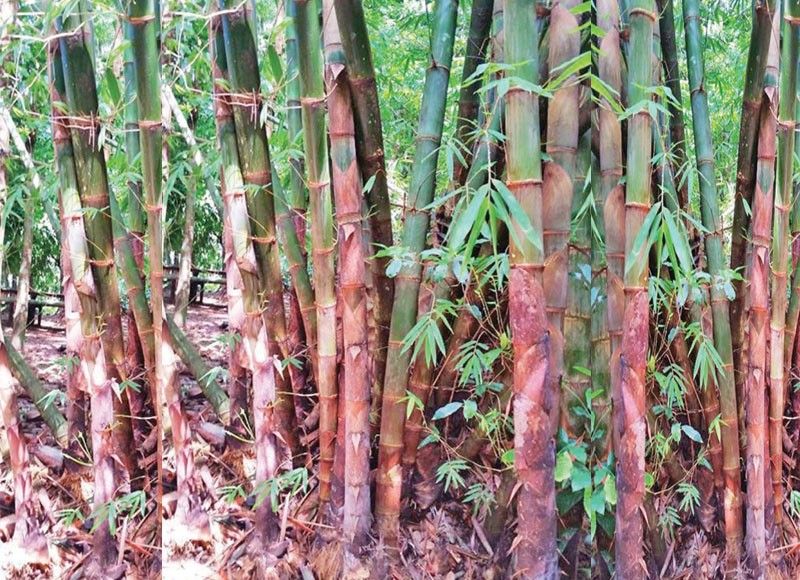 CITY OF SAN FERNANDO -- Bamboo's many vital economic and ecologic uses may yet propel it as the country's next alternative material for lumber and as an effective greening agent to increase the country's forest cover.

Department of Environment and Natural Resources (DENR) Secretary Roy Cimatu made this statement, as he promotes the use of bamboo species as an alternative to lumber. Cimatu is also keen on using different bamboo species for the government's greening programs.

According to the Philippine Council for Agriculture, Aquatic, and Natural Resources Research and Development (PCAARRD), bamboo is a popular non-timber forest product and a viable substitute for wood in furniture, wall and floor panels.

PCCAARRD said bamboo can be used in handicrafts and consumed as food.

Studies show it also prevents soil erosion and sequester carbon from the atmosphere. There are 62 species of bamboo thriving in the Philippines and 21 of which can only be found in the country.

Since interest on the many uses of bamboo peaked in the past 10 years, many areas in the country have ventured into the possibility of using bamboo as an alternative to lumber. Bayambang town in Pangasinan hosts a factory for "engineered bamboo."

"Bamboo can be a potential alternative to lumber and this is what they are doing in Pangasinan in the Green Bamboo Factory," Cimatu said.

Cimatu said bamboo is easy to plant and grow, and has high survival, but many of our people have not understood the benefits and uses of this species.

Commercial species of kawayan tinik (Bambusa blumeana), bayog (Bambusa sp.), kawayan kiling (Bambusa vulgaris) and giant bamboo (Dendrocalamus asper) have long been used in the cottage industries of basket weaving, hut-making and furniture making in the many provinces of the country

"Our country has only 23 percent remaining forest cover and we are thinking of using bamboo as reforestation species to increase our forest cover under the National Greening Program (NGP)," he said.

"If we plant more bamboo, it can be a source of material for lumber using the technology to convert it. It can reduce dependency on wood from forest plantation, thus, allowing more trees to grow and cover our bald mountains," he said.

Bamboo reduces carbon sink. It is otherwise known as a "carbon sequester" as a hectare of bamboo plantation sequesters 12 tons of carbon dioxide each year. As watershed protection, a bamboo plant typically binds six cubic meter of soil. It yields six times more cellulose than the fast growing pine tree.

Pampanga boasts of one of the biggest efforts in propagating bamboo since 2010.

The bamboos were planted by the then provincial bamboo council and the municipality in coordination with the Pampanga Chamber of Commerce and Industry (Pamcham), which then pushed for bamboo propagation and the use of engineered bamboo as an alternative to commercial lumber.

The bamboos were to be used for the unique line of environment-friendly products developed in the nearby materials recovery facility in Lubao town. The town, with the help of the Department of Trade and Industry, facilitated the training for the engineering of bamboo slots for the creation of bamboo desks.

The facility was also able to make charcoal briquettes with a very high British Thermal Unit (BTU) and these were produced from shredded shavings and waste from the engineered bamboo furniture.

In 2011, the facility was able to give members of the Magalang Bamboo Growers Association (MBGA) skills and technical knowledge on how to make bamboo slots for furniture and bamboo parquets.

The ultimate objective of the project is a sustainable income for farmers and livelihood for their families and the community, to be achieved by

turning bamboo, "the poor man's timber," into a cash crop, not only through pole sales but also through nursery raising, plantation and primary processing for bamboo-based products and for food processing.

"Just imagine using bamboo in making furniture and even floor parquets. The engineered bamboos are flat and nodes are removed so that the bamboo can be fashioned as slots," Bituin said.

Such products, she stressed, are durable and insect-resistant since engineered bamboo-finished products are chemically treated.

Cimatu visited recently the 610-hectare bamboo plantation in Fort Magsaysay in Nueva Ecija that was established by the 7th Infantry Division of the Philippine Army in his effort to promote the benefits of bamboo species.

The bamboo plantation in Nueva Ecija was established in 2013 under NGP and is now planted with 3,000 species of giant bamboo, kawayan tinik, kawayan kiling and bayog that can be potential sources of engineered bamboo.

Not known to many, bamboo has been termed as "poor man's lumber" and 'green gold" because of its many economical and ecological benefits. But in Lubao town, its bamboo propagation initiative had turned into an ecotourism attraction.

It all started as a long-term response to protect Barangay Sta. Catalina from soil erosion by planting bamboo along the riverbank. But this propagation of more bamboo species for commercial use turned out to be a viable tourism potential for the town.

The Bamboo Hub and Eco Village features 25 fully-grown clumps of bamboo that were planted inside the six-hectare ecological park. The eco-park attracts an average of 600 people on weekends since the area was developed into a themed-ecotourism destination.

The property is managed by the Lubao Municipal Government and has become a favorite tourism destination attracting families and health buffs that avail of amenities like covered pathways, bike lanes, and even its own fish spa.

The DENR is now advocating the use of bamboo and its propagation for commercial and environmental purposes.

In Pampanga, some groups are even urging local government units to reinforce dikes and river barriers with trees and bamboo. Bamboo is said to be very effective in preventing slope erosion and barrier breach and with a steady supply of bamboo materials, potential for livelihood development and a bamboo industry is not far behind.

Most promoters of bamboo propagation in the region believe that a sustainable bamboo industry will position the Philippines as the second largest bamboo producer in the world, next only to China whose current market share is about 50 percent.