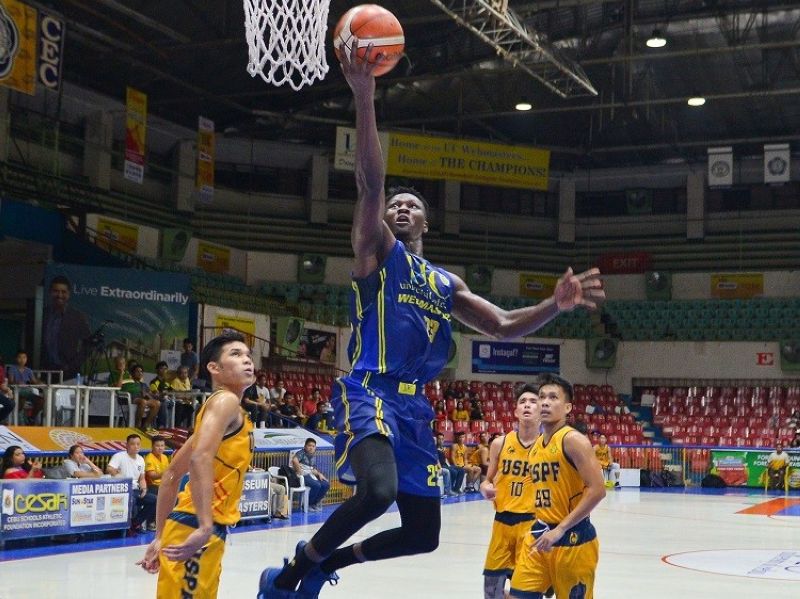 UC’s Tosh Sesay will once again be the focal point of the Webmasters’ attack on both ends of the floor against the USC Warriors in their game on Saturday, October 25, 2019. (Contributed by Ron Tolin) 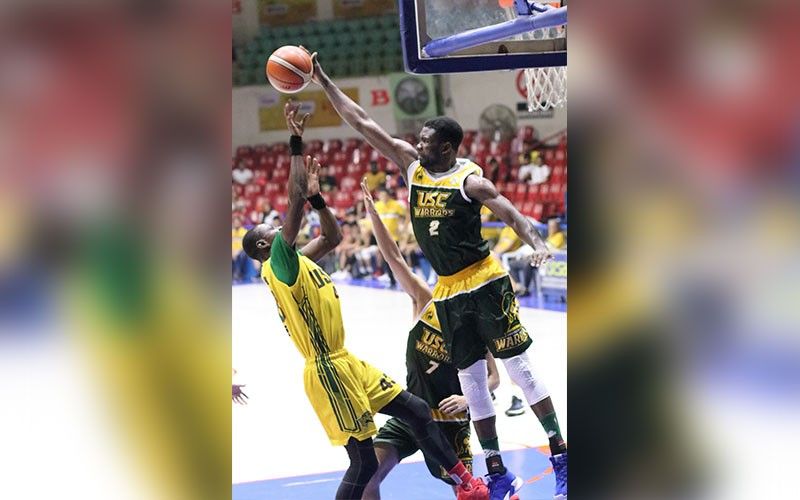 THE University of Cebu (UC) Webmasters will be looking to usurp the University of San Carlos (USC) Warriors for the second spot in the standings as the two teams clash in a crucial match-up in the 2019 Cebu Schools Athletic Foundation Inc. (Cesafi) men’s basketball tournament at the Cebu Coliseum on Oct. 26, 2019.

Although the Final Four cast has already been set in stone, it remains to be seen which teams would come away with the two twice-to-beat bonuses that would be coming to the top two finishers in the elimination round.

USC holds the second spot with a 7-3 (win-loss) record but UC is breathing down its neck after winning its third game in a row on Thursday, beating the University of Southern Philippines Foundation Panthers, 79-62, to move to 6-3.

Southwestern University-Phinma currently holds the top spot with a 7-2 mark.

The three-time defending champions University of the Visayas, a team that has struggled in the second round, losing two in a row, will be trying to get back on track when they face off against the Cebu Institute of Technology-University Wildcats. The Green Lancers hold the same record as UC.

Meanwhile, in the high school division, the SHS-Ateneo de Cebu faces off against the CIT-U Baby Wildcats as 12 noon while Don Bosco tries to arrest its losing spell when it takes on the surging UC-Lapu-Lapu and Mandaue Campus.