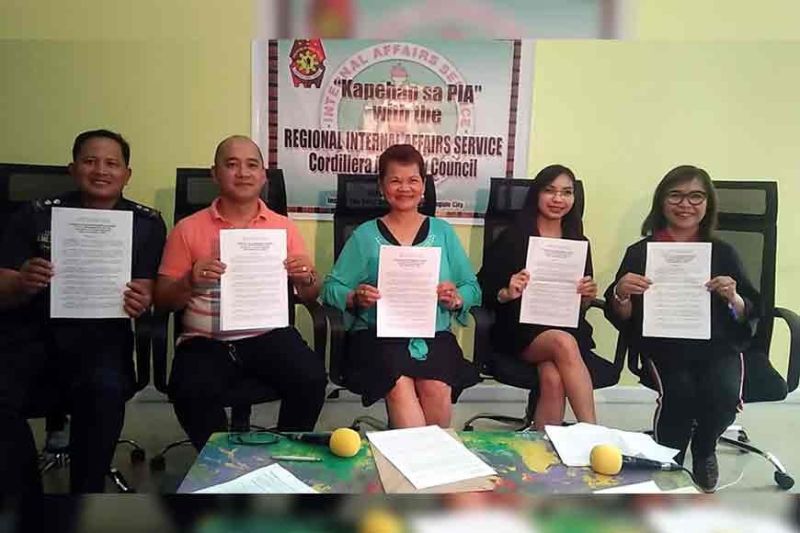 THE Regional Advisory Council of the Regional Internal Affairs Cordillera (RAC-RIAS) is pushing for a separate unit from the Philippine National Police (PNP).

Lawyer Alan Antonio Mazo, RAC chairman, said the bill seeks for IAS to become independent from the PNP and fully serve as the monitoring body of the character and behavior of all policemen.

The IAS separation seeks to fully operate as the investigating and adjucatory body on all administrative offenses committed by PNP personnel, and thus become a more effective part of its disciplinary mechanism.

He said the separation of IAS from the PNP remains timely with the concern on “ninja cops.”

Mazo in a press conference on Wednesday, October 23, in the city added the Senate is intending to file a separate version of the bill with the proposed measure gathering support from the members of the House of Representatives.

The inspector general of the IAS, lawyer Alfegar Traimbulo, has been clamoring for the independence of IAS and expressed support to the house bill.

IAS is a recommendatory office attached under the Office of the Chief PNP.

“Being the office that oversees the conduct of the uniformed personnel, the IAS should be free from influence, pressure and intervention from the Chief PNP, and other high-ranking PNP officers in adjucating administrative cases,” the advisory council added.

The resolution said according to the IAS, only 30 percent of its recommendations were acted upon by the chief PNP.

With the current controversy in the PNP, Representative Jericho Nograles filed House Bill 3056 which seeks to transfer the IAS under the Department of the Interior and Local Government.

From 2017 to date, there are 68 recommended cases involving less grave neglect of duty to grave offenses by police in the region.