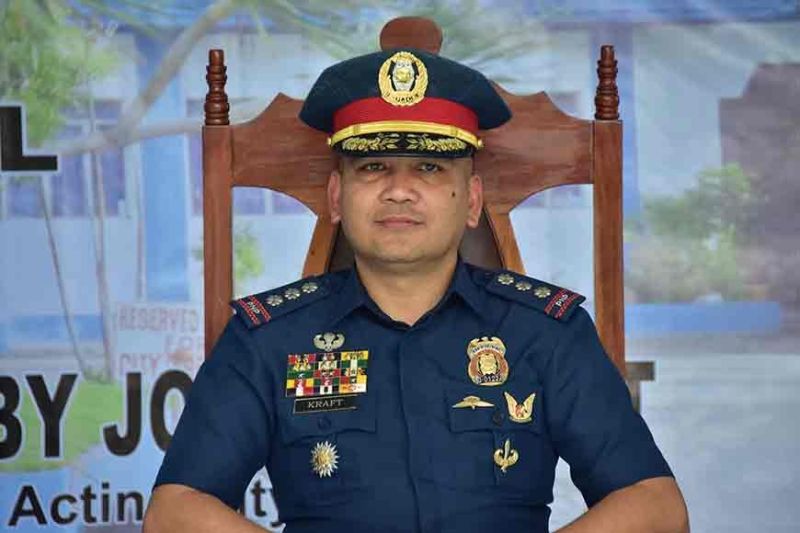 "The successes of Oplan Kalinaw, Oplan Fortress, Sagop Kabataan, and numerous other anti-criminality programs, as well as the augmentation efforts of the volunteer police auxiliaries under Oplan Iron City, which improved the police to population ration, have led to better overall crime solution efficiency and a significant drop in the number of crimes," the mayor said.

"Keeping Davao City is not an easy task given the land area and population, the various entry points of Davao City, the threats of insurgency and the booming economy which is why we have always ask not just a hundred percent but 110 percent from our security sector," she added.

Duterte-Carpio cited Kraft's impressive track record as the reason behind choosing him among two other shortlisted personnel for the post.

"I feel na kung kita-kita lang mga taga-Davao, mga Bisaya and we get someone nga kaila pod nato, familiarity will be our enemy. So dapat, it should be someone looking from the outside to tell us what needs to be improved on," Duterte-Carpio said.

She also vowed that the City Government of Davao will continue to support DCPO under Kraft's leadership.

"Keeping the city safe may be a tall order but with your track record and with the support of over 3,000 uniformed and non-uniformed personnel and auxiliary in the DCPO, we are confident that you can do the job. Colonel Tagum already laid the foundation, already built the first floor, we ask you sir huwag na natin sirain yong first floor, we only add and build a second floor to the accomplishments of the Davao City Police Office," she said.