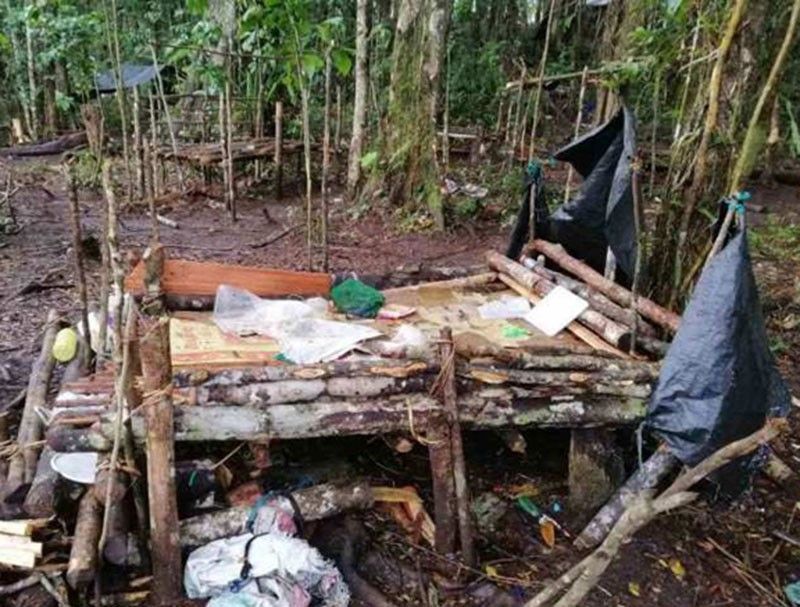 ZAMBOANGA. The military’s Western Mindanao Command releases Saturday a photo showing one of the makeshift bunkers in an encampment hastily abandoned by the New People’s Army amid military airstrike in Palimbang, Sultan Kudarat. (Contributed photo)

The airstrike was launched Thursday upon confirmation of the veracity of a plenum activity of the NPA’s Sub-Regional Command Daguma at Sitio Kuden in Barangay Batang Bagras, Palimbang, Sultan Kudarat.

The encampment has around 100 bunkers made of indigenous materials, foxholes, multi-purpose structures with chairs and improvised blackboard, obstacle courses, documents, and tourniquet.

Major General Diosdado Carreon, Army’s 6th Infantry Division commander, said the encampment is used by the NPA’s Sub-Regional Command Daguma for regional assessment and training based on the report from the civilians.

“This manifests that the strong coordination among the local government unit, the populace, and the traditional and religious leaders with the AFP (Armed Force of the Philippines), ensures the end of terrorism and lawlessness in due time,” Sobejana said. (SunStar Zamboanga)