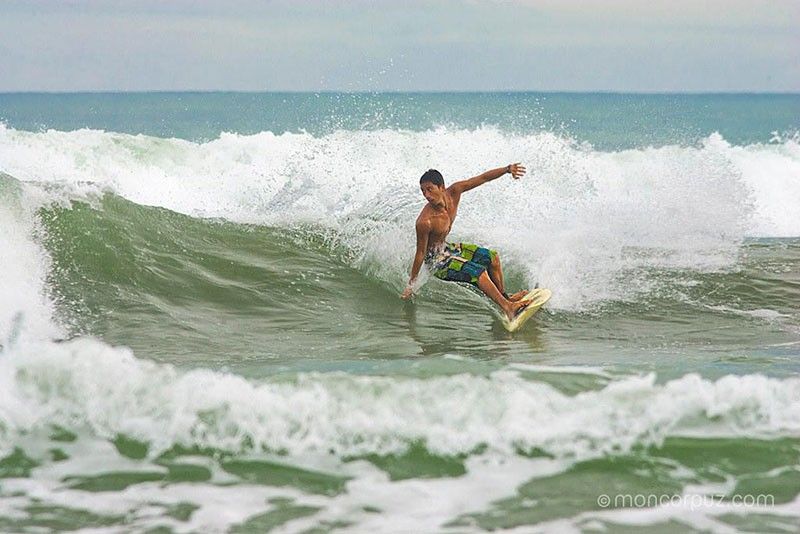 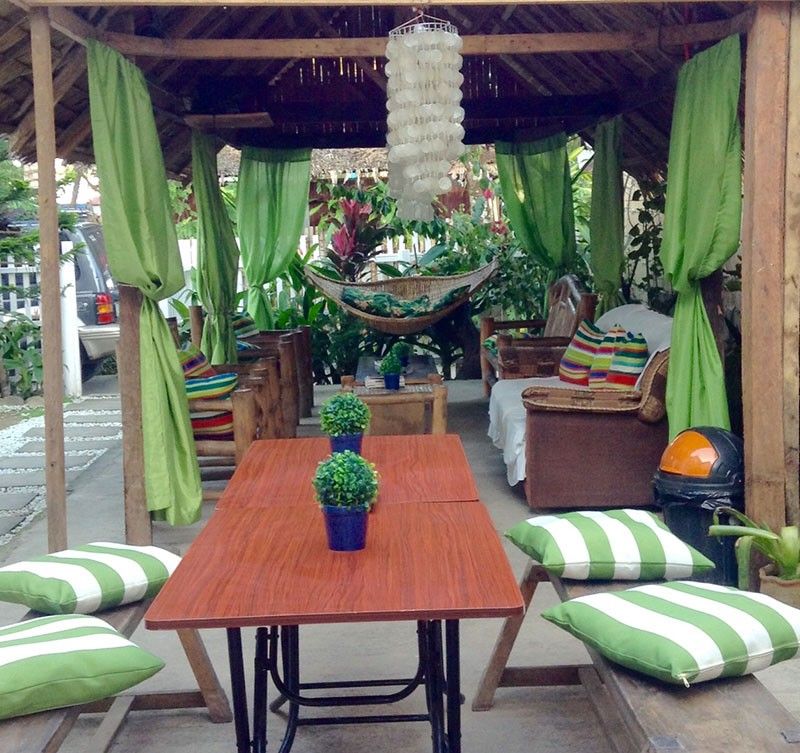 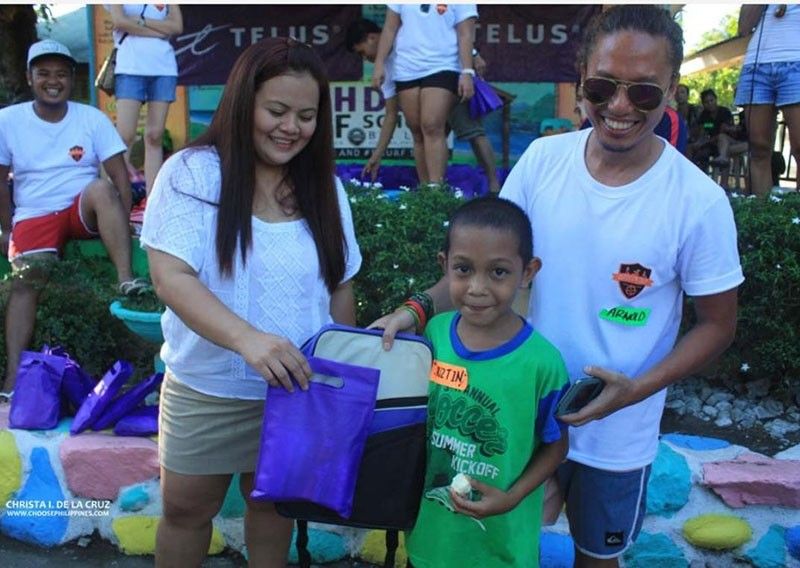 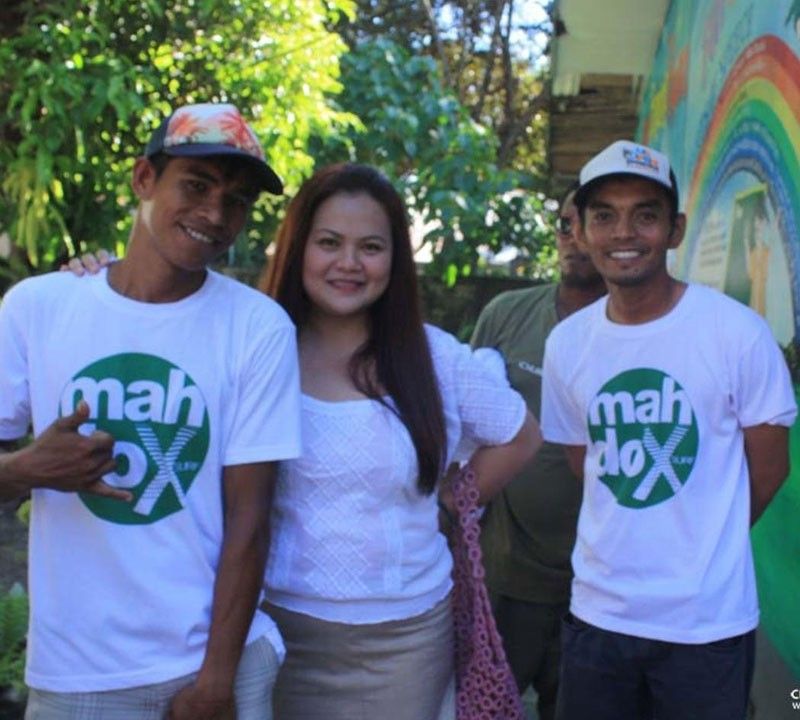 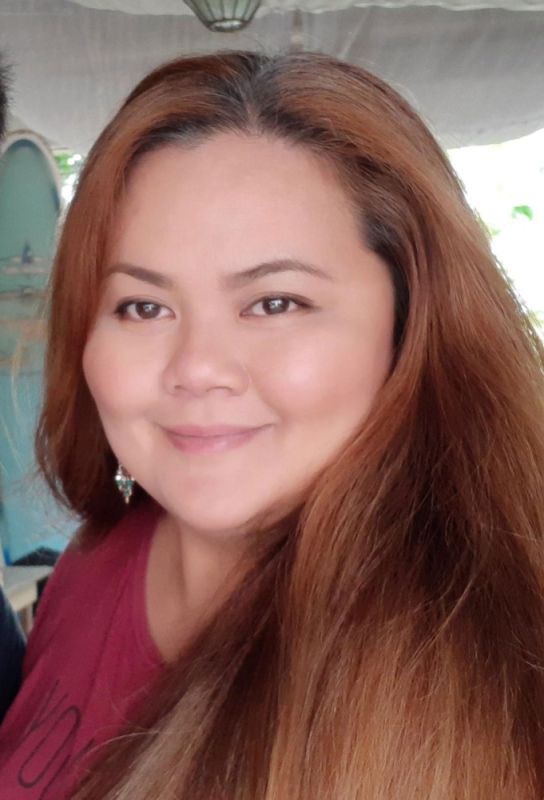 BALER, Aurora -- Over the years, the quaint and rustic town of Sabang on this side of the Pacific Ocean has morphed into a top surfing hub, along with La Union and Siargao.

Known as the birthplace of Philippine surfing, local and foreign tourists flock to watch and ride its gorgeous waves and enjoy sandy-bottomed beaches.

Unknown to many, a former theater actress from Manila had a hand in helping Baler become a top surfing destination.

Donnah Alcantara gave up the limelight to put up the first surfing school and one of the early B&Bs (bed and breakfast) in Sabang, the most notable spot for surf beginners in the capital of Aurora.

The daughter of award-winning veteran actress Lorli Villanueva, Donnah was already playing lead roles in major PETA plays at the Bulwagang Gantimpala, such as the Diary of Anne Frank (as Anne), Florante at Laura (as Flerida) and Bonifacio Anak ng Bayan (as Gregoria de Jesus), and appeared in films like Pinay Pie and Minsan Pa, when she left Manila and migrated to Baler for a simpler, quiet life.

“I’ve been acting since I was a kid joining children’s ensemble in my mom’s films,” recalled Donnah, who was introduced to surfing in La Union during a theater gig there. “Later, I was juggling work and the surf scene in La Union.”

Almost every year, she would fly back to New York City where her renowned mother and the rest of the clan are based, and where she worked as a behavioral analyst and professor in psychology and education after earning her master’s degrees in general education and special education at Manhattan’s Touro College.

While scouting for mighty waves outside of La Union in early 2000, someone convinced Donnah to check out the scenic Baler, whose tourism potential was still untapped despite gaining some popularity after being featured in the 1975 Francis Ford Coppola war film “Apocalypse Now.”

“Wala pa lahat ito,” Donnah said, referring to the large and small business establshments that gradually mushroomed around her own B&B known as Backdoor Villa, just a short walk from Sabang Beach. “There’s only one or two other inns standing here at the time.”

With her hard-earned savings and willpower, she and a former partner put up Backdoor Villa when the town was just an empty vast land of sands and talahib.

From one small nipa hut, the charming Villa Backdoor now has eight comfy rooms—all clean and affordable (with airconditioners, free breakfast, and free wifi 24/7) even to budget travelers -- with more rooms coming soon.

Its modern Asian fusion design and surfy ambience cater to wave chasers and all kinds of tourists.

Not known to many, Donnah also pioneered the surfing school along the stretch of sea wall in Sabang Beach in 2005.

“Nothing was happening here at the time,” she recalled vividly while talking about the town’s transformation. “Young people here knew how to surf, but they were laborers and there was no job for them in surfing. People were coming, many of them newbies, and nobody was teaching them.”

While sitting in the beach one day, Donna had a real lightbulb moment: she got up, took a tricycle and headed to a local office of the Department of Trade and Industry (DTI) to register the first surf school in Sabang area -- with just one surf board. She called it Mahdox Surf School, which later became a leading surf school, according to choosephilippines.com

“Tuwang-tuwa yung DTI when I registered,” she recalled. “I finished registering in one day because there was no small business here. I am sure they have it on record.”

Donna, who was in her early 20s then, recruited some local youth surfers to work for her as paid instructors. With her background in education and surfing, she drafted a curriculum and taught the instructors how to teach step by step.

“I even created English scripts for them to memorize so they can deal with foreign surfers, many of whom were American backpackers,” Donna related. “I put the instructions in a poster and you would see them (instructors) memorizing it every morning.”

“And with my theater background, I workshopped them to overcome their fear and shyness, and to be presentable and to smell good all the time,” she added with a laugh. “They became my family here when I had no one here with me.”

It didn’t take long before Donnah started organizing competitions for beginners through Friendster and by word of mouth, among others.

“In our first year, two buses of surfers came,” she recalled excitedly. “Then it became three buses, then four, and so on. We gave lessons for beginners on the spot and they would compete right away. They got hooked.”

Donnah hosted competitions for 12 years and others followed, until the local government also staged its own tournament for professionals, she said.

Sabang has become an internationally-recognized surf site, along with other Baler surf spots like Cobra Reef and Charlie’s Point.

A five-minute ride away from Baler town proper, Sabang now has chains of hotels, inns, lodging houses, restaurants and hundreds of surf schools.

Meanwhile, some of Donnah’s instructors went on to become police officers, air force personnel and part of rescue teams.

Donnah may not get the credit she deserves for being one of the pioneers behind Sabang’s metamorphosis, but she’s not complaining.

Instead, she gives back to the community through charity work, such as hosting annual Christmas party for up to 200 “neediest” kids since 2006, and even donating school supplies in typhoon-related relief operations.

“Since there’s no Jollibee or McDonalds’s in Baler, we prepare our own Happy Meal with burger, chicken and french fries with happy favors in boxes,” Donnah disclosed. “We also give away backpacks filled with school supplies from my own money, and some of them donated by my family and friends, and other gifts and game prizes.”

“These poor kids get imported stuff from the U.S. and they’ve always been looking forward to attending the Christmas party we host at Backdoor Villa every year especially for those whose families can’t afford to celebrate Christmas,” she said.

Moving to Baler is the best decision she has ever made, Donnah disclosed.

Away from Manila’s hustle and bustle, she gets to literally pause and smell the flowers everyday, breath fresh air, eat fresh food and watch the sunrise from the seaside over a cup of coffee with her devoted fiance, Blandino (Dino) Garcia Jr., also her business partner.

“I’m so proud of Donnah, we all are in the family,” said her mom, Lorli Villanueva, who visits Donnah and Dino at Backdoor Villa at least once a year. “My daughter can have a glamorous and successful life in New York, where she worked as a behavioral analyst and professor. But she wanted to stay away from stress.”

“She chose Baler, where she found a happy, quiet and fulfilling life with Dino,” Lorli said. (Edmund Silvestre)