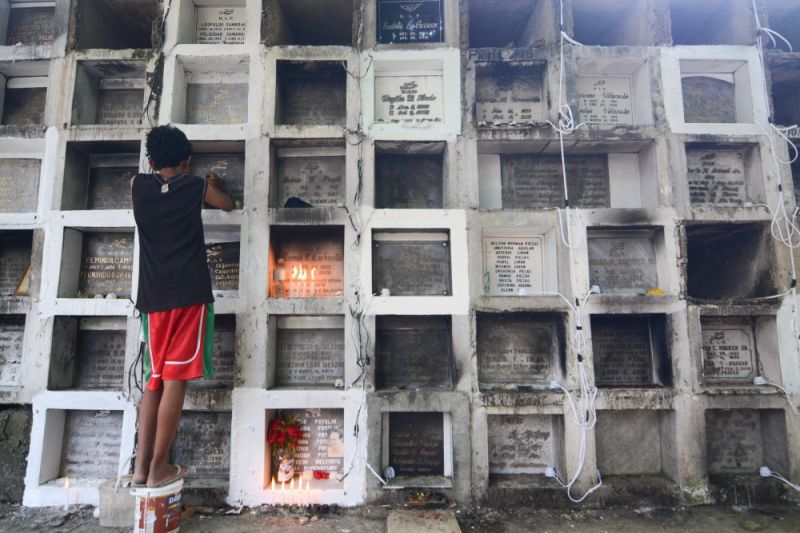 STILL QUIET. It looks empty right now, but cemeteries around the country are expected to be full of people on All Saints’ and All Souls’ Days on Nov. 1 and 2 who want to spend time with their departed loved ones. (SunStar File Photo)

THE Cebu City Transportation Office (CCTO) has announced that it will suspend its clamping operations for three days, starting on Thursday, Oct. 31, 2019.

On Nov. 1 and 2, the country celebrates All Saints’ and All Souls’ Days, respectively.

The CCTO said it will also tolerate overnight parking by the side of public roads during this period.

“We expect many people to flock to the cemeteries. It wouldn’t look so good if they arrive in their cars and then go home on foot,” said Andress Bayarcal, CCTO’s chief of operations, in Cebuano.

He said he understands families want to gather to remember their departed loved ones. However, he said the CCTO will resume its clamping operation on Sunday, Nov. 3.

Bayarcal said traffic enforcers will be deployed to direct traffic outside cemeteries since they’re expecting thousands of people to show up.

He urged motorists to park their cars in designated areas so these won’t impede the flow of traffic.

Bayarcal clarified that the towed vehicles will not be impounded but instead will be placed in an area where these won’t cause traffic.

Meanwhile, firefighters in Talisay City have been on full alert since Friday, Oct. 25.

No one is permitted to file a leave of absence during “Oplan Kaluluwa,” the fire department’s preparation for the two-day holiday.

He said they’re reminding the public not to place weeds near lighted candles as these might cause a fire.

He said while they’re inspecting cemeteries, they’re also making sure their fire trucks are visible to remind the public to be careful at home.

Alpajaro said some families light candles at home while they pray for the souls of their departed loved ones. So when they go to the cemetery, they must remember to put out the candles and to unplug appliances, he said.

Starting on Monday, Oct. 28, the fire department will check the electrical wiring in the seven cemeteries.

Alpajaro said they want to make sure the public is not using substandard lights, as these can also cause fires. (from BBT, FMD of Superbalita Cebu/PJB)