THE Securities and Exchange Commission (SEC) has urged Organico Agribusiness Venture’s Corp. (Organico) investors to execute their complaint affidavits to strengthen the Commission’s criminal complaint against the firm.

While waiting for updates on the criminal complaint they filed against Organico on Sept. 10, 2019, Lester Bautista, SEC security specialist, said they are gathering complaint affidavits of investors since they will need witnesses once the trial starts.

The Commission lodged criminal complaints against Organico and its officers before the Department of Justice for violation of Sections 8, 26.3 and 28 of Republic Act 8799, or the Securities Regulation Code.

On Thursday, Oct. 24, 2019, eight investors went to the Criminal Investigation and Detection Group 7 office to file complaints against Organico.

The investors had poured in more than P1 million in Organico for the purchase of pigs before the firm’s activities were revealed to be a scam.

Bautista said investors could also opt to go to the SEC Cebu-Extension Office to execute their complaint affidavits.

Bautista noted previous instances when their witnesses would not show up in court, leading to the dismissal of the case.

“The criminal case that SEC files will still prosper. But in this scenario, the witnesses no longer show up in court and the case ends up getting dismissed. They are no longer interested because, in the first place, they got their money back. So we need to have as many complainants to serve as a buffer,” he said in a mix of Tagalog and English.

Bautista clarified that the Commission cannot force Organico to return the investors’ money but it can make the firm liable in court.

“At least, we can have the scammers jailed. Our ultimate goal is to put them behind bars,” he said in a mix of Tagalog and English.

Bautista said they are considering other options against Organico but he refused to divulge what these are. (WBS) 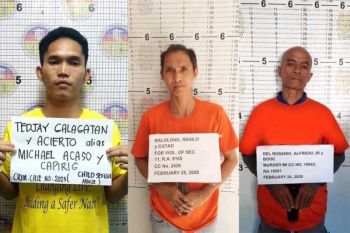