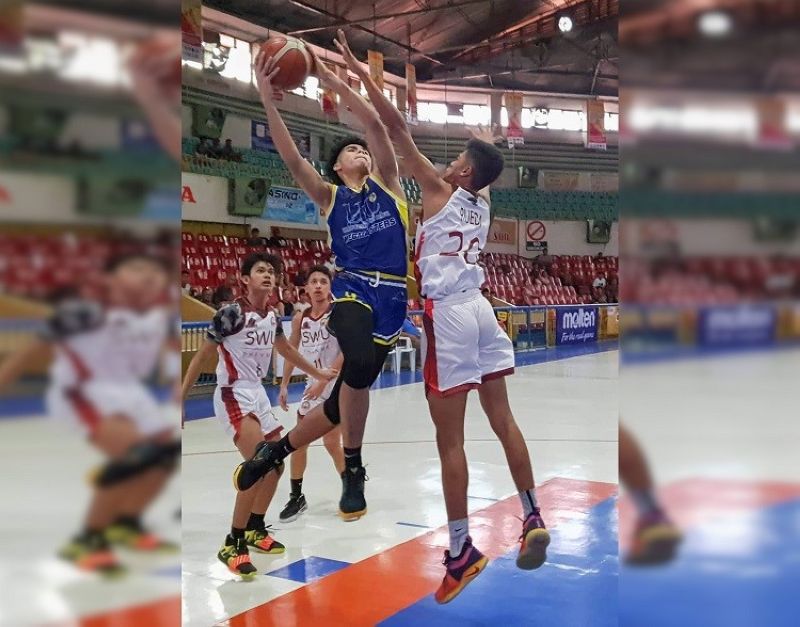 THE University of Cebu (UC) Baby Webmasters showed incredible resiliency as they came back from a four-point deficit late in the game to defeat the Southwestern University (SWU)-Phinma Baby Cobras, 82-78, in the Cebu Schools Athletic Foundation Inc. (Cesafi) high school basketball tournament at the Cebu Coliseum on Sunday, October 27, 2019.

Fresh off a 66-69 loss at the hands of the University of Cebu Lapu-Lapu and Mandaue, the Baby Webmasters were in danger of suffering another loss as they trailed, 74-78, after a basket by Dave Aznar and a three-pointer by Dezeo Villanueva with under two minutes remaining in the game.

But UC gathered their wits and came roaring back, with Van Sevillejo banking in a basket and Maczi Micutuan scoring on a reverse to tie the game up at 78-all with 1:03 to go.

Sevillejo then shoved the Baby Webmasters in front, 80-78, with an uncontested layup. Sevillejo continued his clutch play by stealing the inbound of the Baby Cobras and Micutuan sealed the win by making two free throws with 11.7 seconds left.

Micutuan had a fantastic ballgame as he piled up 19 points and 14 rebounds while Isaiah Blanco had 18 points, four boards, four assists, a steal and a blocked shot.

More importantly, the win gave UC an 8-1 win-loss record with just one more game left on their schedule against the formidable Ateneo de Cebu Magis Eagles.

SWU-Phinma on the other hand, dropped to 2-6.