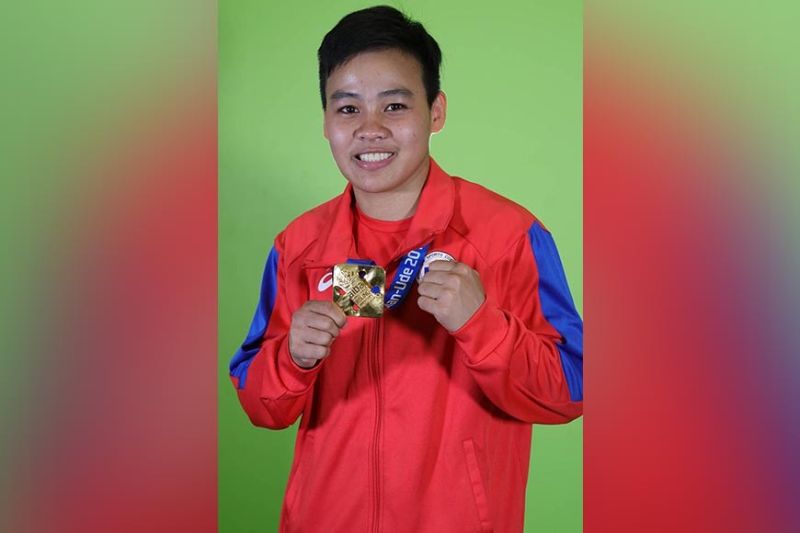 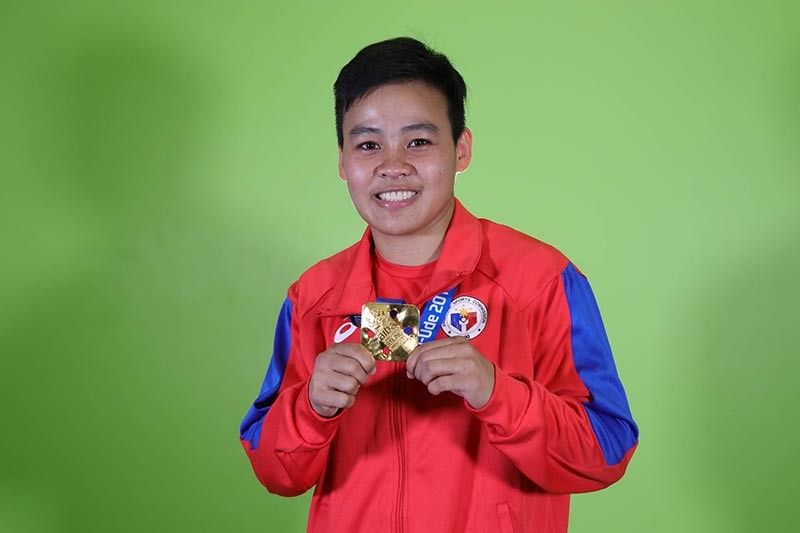 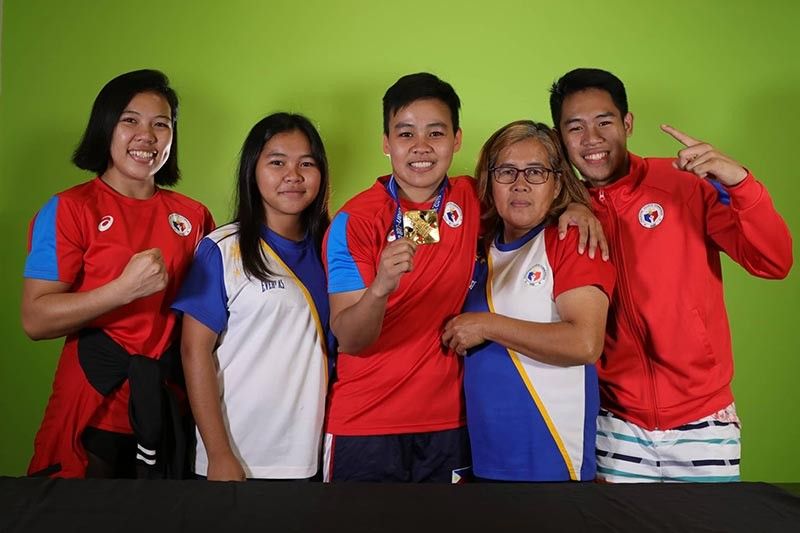 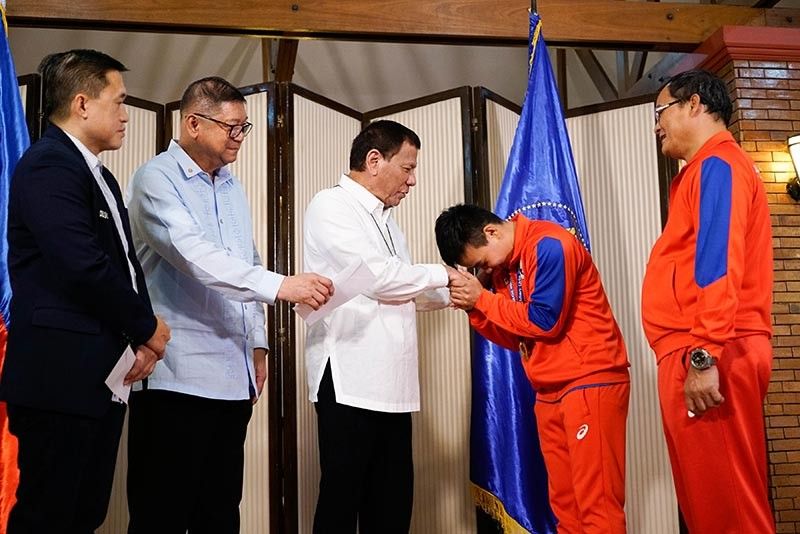 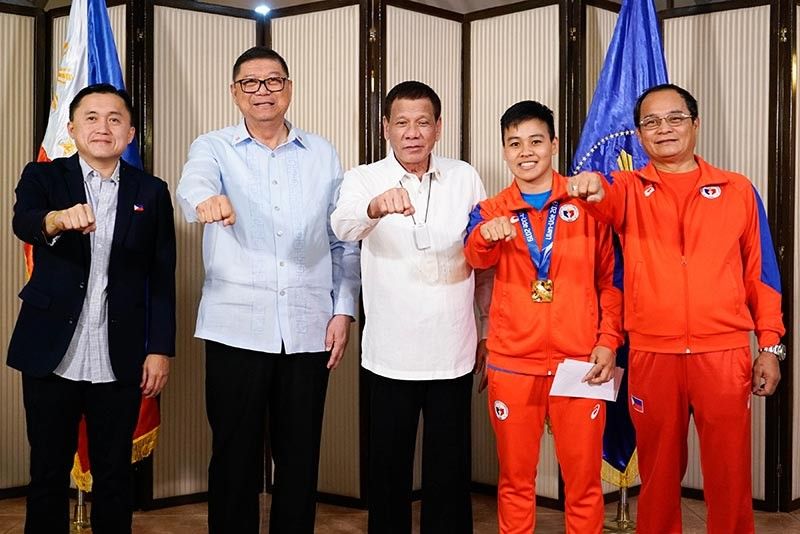 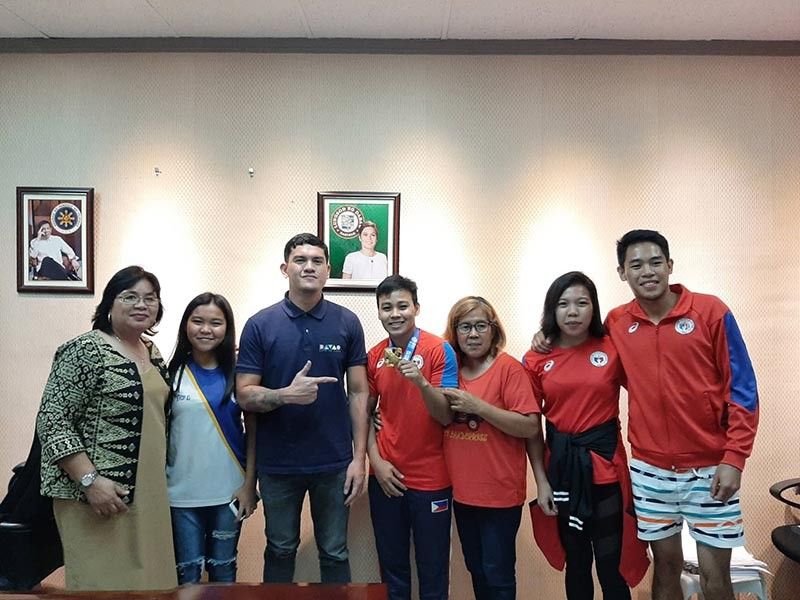 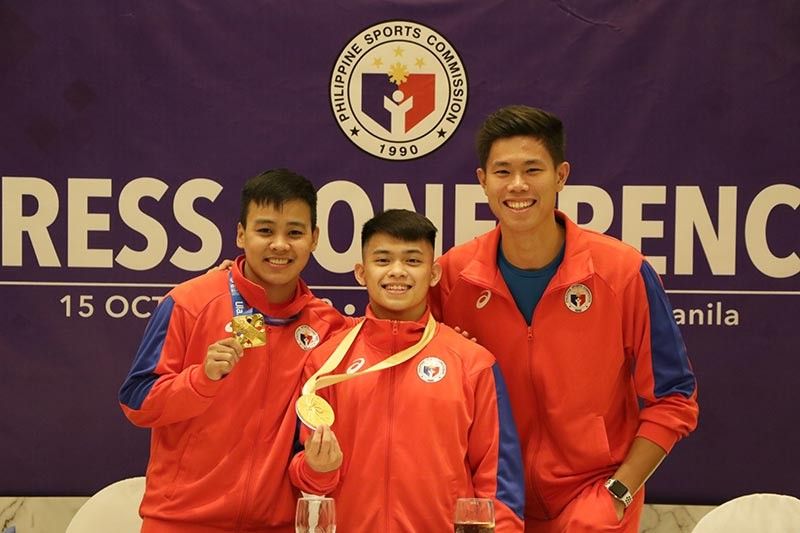 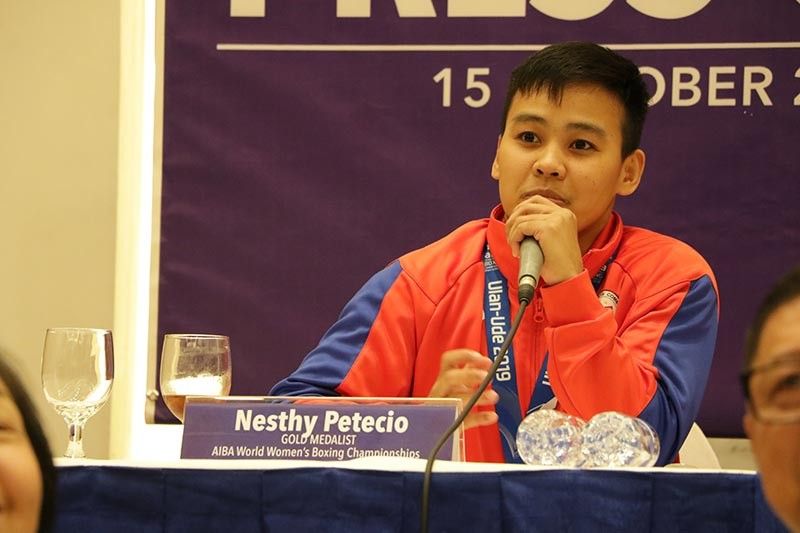 The 27-year-old native of Barangay Tuban in Sta. Cruz, Davao del Sur recalled how she and her siblings would scour the streets for scrap metals to sell or vend yema on consigment so they could have allowance in going to school or to buy a kilo of rice for the family.

The family resided in Bago Gallera in Davao City, in a house built by their father Teodoro using tarps and woods, from 2002 to 2010. Teodoro worked at Iluminada Farms by collecting chicken dung.

"Si Mama maski buntis nagtabang-tabang pud sa itihan (Mama though pregnant also helped out in collecting chicken dung)," she broke down in tears during the interview with Sun.Star Davao on October 22, 2019.

She felt hurt that some people judge them as being arrogant as she had received P3 million cash incentives so far from President Rodrigo R. Duterte, P1 million from the national government through the Philippine Sports Commission via Republic Act (RA) 10699 also known as the National Athletes and Coaches Benefits and Incentives Act and another P1 million from sports patron Manny V. Pangilinan's MVP Sports Foundation for her recent feat in Russia.

My cash incentives are for my family. I'd like to have them experience a better life. I can share my blessings after I've seen my family is settled and are living better. But for now, my family comes first)," Nesthy said, adding that it would give them comfort and security to have their own house and lot, that they would no longer be sent out from a rented house and that they would be cleared from debts.

That's why she let out a shout of joy when she defeated Liudmila Vorontsove of Ulan-Ude, Russia via split decision in their women's featherweight championship match.

She had goosebumps when the Philippine national anthem was being played during the awarding ceremony. Her innermost thought though was fulfilling her dream for her family, getting them out of poverty.

Nesthy learned the basics of boxing through his father who was her first trainer and coach. She was about 11 then.

Nag-gold ko ato sa national open sa Cagayan de Oro, ngadto nag-start ginakontak na diay ko sa national team (I joined the National Open but since I needed to have a team, I tried the Panabo team but they were not accepting female boxers so I joined Calinan team instead.

Since then, she won gold medals and championships in different international boxing competitions on top of her three silvers in past Southeast Asian (SEA) Games and another silver in the Aiba Women's World Boxing Championships in 2015.

Her first sport was basketball. She would often sneak out of their house to play basketball with their neighbors. But after seeing female boxers compete in the 2005 SEA Games, she was encouraged to try out the sport.

Nesthy did not become a world champion overnight. She had to go through hardships not just in training but also during competitions. She suffered a string of heartbreaks, the most painful one was a controversial round of 16 loss to Chinese Junhua Yin in the 18th Asian Games 2019 held in Indonesia.

She felt cheated of her chances to win an Asian medal.

"Mubitaway najud ko ato. Na-down ko pag-ayo jud. Gipangutana nako si God unsay purpose niya. Muundang najud ungta ko ato pero nibalik ra ko sa rason ngano ko ga boksing, para sa akong pamilya (I was at the brink of giving up then. I was so down. I asked God why it happened. I would have given up but I remembered why I got into boxing, it's for my family)," she continued.

She reiterated what her coaches keep reminding her - "sipag, tiyaga, disiplina at determinasyon." She kept this to heart, having also struggled her way to completing a two-year course at the University of Baguio amid her rigid training schedule and competitions abroad. She is set to continue her studies and get herself a college diploma.

She urged other athletes to never give up on their dreams, to have clear cut conviction about who they are doing their sport for, to always remember and acknowledge God and to bounce back every after a setback.

Nesthy is one cheerful person. She loves every moment she spends with her parents and siblings. Contrary to what others thought that her achievements and money have gone into her head, she and her family remained humble.

They still took the bus in coming to Davao City then rode a jeepney for the video shoot at SunStar Davao office from the Davao City Overland Transport Terminal then to the Department of Social Welfare and Development (DSWD) office and Sangguniang Panlungsod for the courtesy visit to Vice Mayor Sebastian "Baste" Duterte and to the City Council members.

Instead of staying at a posh hotel in the city now that she can already afford it, Nesthy opted to stay at their Tuban home.

Nothing has changed, she said, except that her schedule has become tighter due to several interviews and guestings aside from her usual training routine.

She returned to Manila yesterday but will come back on Tuesday, October 29, prior to the SEA Games torch relay run event on October 30 wherein she will be among the celebrity athlete torch bearers.