Jomalia ferry runs aground near Consuelo port in Camotes 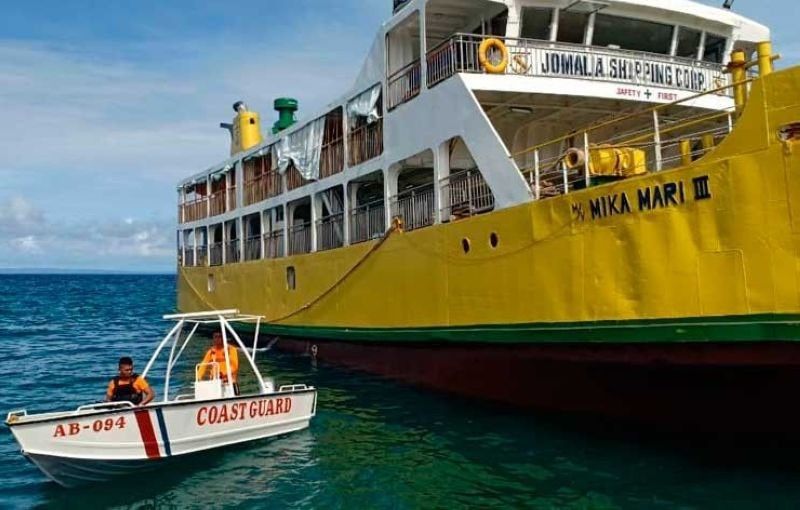 A JOMALIA vessel carrying 330 people and 23 vehicles ran aground as it approached the Consuelo port in the Camotes Islands, Cebu on Sunday, October 27, 2019.

Among the vehicles it was carrying were three multi-wheeler trucks.

A total of 311 passengers and 19 crew members transferred to pump boats and made it to shore safely.

The auxiliary engine of mv Mika Mari 3 tripped off, causing the Roro (roll-on, roll-off) vessel to run aground around 200 meters from the Consuelo port.

At 7:50 a.m., the CGSS Consuelo deployed motor bancas to ferry the stranded passengers to port 5. All passengers reached the port safely, Encina said.

He also said the ship captain, Larry Sacedon, maneuvered the aground vessel and docked it at the Consuelo port an hour after.

Sacedon will be asked to file a marine protest before the Maritime Industry Authority (Marina) 7.

The tide was low at the time, a check with the weather bureau showed.

On Aug. 31, 2019, a loaded Jomalia Roro vessel tilted on its side at it was unloading cargo at the Consuelo port.

The passengers were declared safe but the vehicles fell into the water.

Also on Sunday, four fishermen from Talisay City were rescued four hours after their boat capsized near the Cebu Strait at about 5 a.m.

The fishermen, between 21 and 45 years old, were bound for Bohol when they encountered a squall.

Members of the PCG, on board its Multirole Response vessel, who were patrolling the seas at 9:22 a.m, rescued them.

According to the weather bureau Pagasa, it will continue to be cloudy until Tuesday, Oct. 29, in Cebu. Rains are to be expected, it said.

A low pressure area has been sighted inside the Philippine Area of Responsibility but this is not likely to develop into a tropical depression, Al Quiblat of Pagasa Mactan said. (WBS, HBL)