PNP shifts to full alert for All Saints’ Day 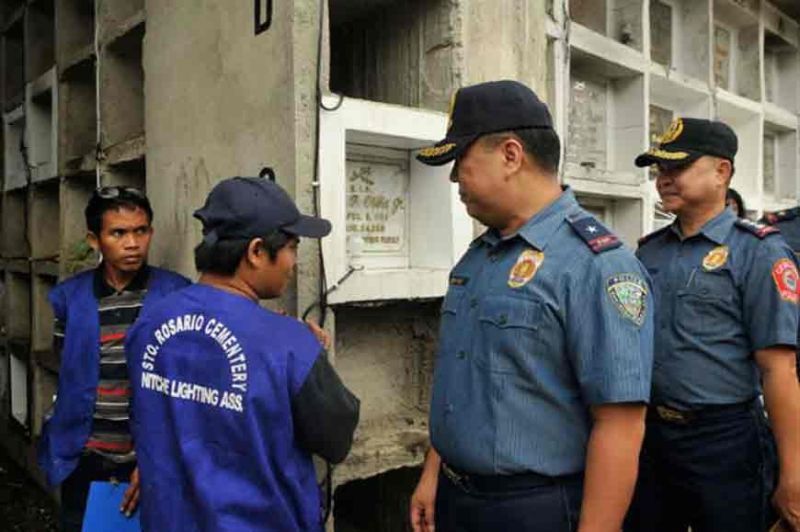 THE entire Philippine National Police (PNP) went on full alert ahead of the observance of All Saints’ and All Souls’ Days, when an estimated 15 million Filipinos are expected to troop to cemeteries.

All Saints’ Day on November 1 and All Souls’ Day on November 2 have been declared special non-working days. Filipinos usually use this occasion to hold mini-reunions and parties while they visit the graves of their departed loved ones.

Gamboa said the PNP will be deploying over 35,000 police personnel from the Police Regional Offices and National Support Units along with at least 99,000 force multipliers from the local government units and other government and non-government organizations to perform security and public safety duties this weekend.

Gamboa said an estimated 15 million Filipinos are expected to troop to 4,677 public cemeteries and memorial parks, and 76 columbaria around the country during this traditional day of remembrance for the departed.

He said security coverage will also be put in place in all 83 airports and domestic air terminals, 333 seaports, 808 inland bus terminals and 59 train stations in different parts of the country to assist travelers who were expected to visit their provinces.

“The key element in this security operation is police visibility, considering both its crime deterrent and reassuring effect on the public. My outstanding order to all units and personnel is to remain visible at all times along travel routes, transport terminals, public cemeteries and other public places to establish police presence in these areas,” he said.

“Local police units are also alerted to be prepared to address possible security and emergency situations in public cemeteries such as missing persons, medical emergencies and accidents, traffic gridlock, over-crowding and congestion, stampede, petty crime, illegal parking and vendors, swindlers impersonating as priests and long-lost relatives, and possession of deadly weapons and prohibited items,” he added.