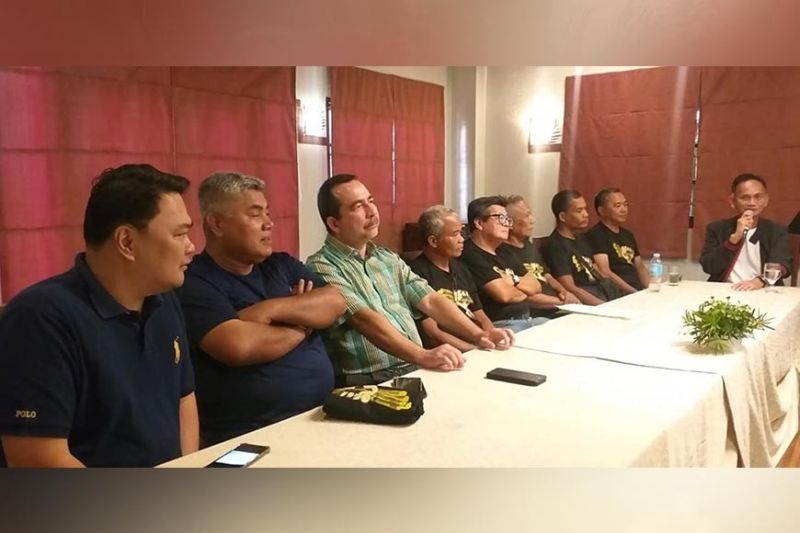 CALLS for resignation of Sugar Regulatory Administration (SRA) head Heminigildo Serafica have mounted, as he failed to make a concrete stand on the pressing issue on sugar import liberalization.

Joining the call for Serfica's resignation were various groups of sugar farmers and workers.

In a press conference held over the weekend at Nature's Village Resort in Talisay City, farmers, workers and agrarian reform beneficiaries (ARBs) were united in saying that they were dismayed over the continued silence of Serafica and Department of Agriculture (DA) Secretary William Dar on the proposed liberalization of the sugar industry in the Philippines.

Arnel Toreja, president of the Luzon Federation of Sugar Planters and president of Batangas Sugar Planters Integrated Multi-Purpose Cooperative, said 90 percent of sugar farm lands in the country are owned by small farmers and ARBs of which they own five hectares or less.

He said that as head of SRA, Serafica has not fully implemented the Sugar Industry Development Act.

"He has fully implemented the educational scholarships and farm to market roads programs of the law. But the agency is lacking in the implementation in terms of farm mechanization, research and social credit," he pointed out.

Toreja added that many sugar farms are now being converted into commercial or residential lands.

"Sugar liberalization will hasten the land conversion rate," he said.

Wennie Sancho, convenor of the Save the Sugar Industry Movement, said there are about 840,000 workers in the sugar industry.

"Sugar liberalization will cause unemployment and economic dislocation for these workers," Sancho said.

The labor leader also urged the country's economic managers to call for a consultation of industry stakeholders before pushing through with the proposed liberalization.

However, as a national group of sugar industry stakeholders, Tatak Kalamay has not made a categorical stand calling for the resignation of Serafica.

Raymond Montinola, the groups' spokesperson, said they have "no stand yet as of now because we need to get consensus nationwide from our other affiliates."

"We continue to demand, however, for the SRA and DA to make a stand on sugar import liberalization," Montinola said.

In a letter, Roberto Cuenca, president of the Asociacion de Agricultores de la Carlota y Pontevedra Inc. (AALCPI) of Negros Occidental, said Serafica should allow somebody else to speak and stand up for the industry if he is not up to the task to do so.

"One who is brave enough to point out what is wrong with the policy of the economic managers and one who is willing to provide the government with sustainable solutions not only for the sugar industry, but also for the whole agriculture sector," Cuenca said.

"If he cannot fulfill this responsibility, then we strongly believe that he should be conscientious enough to step down and resign as SRA administrator," he said.

The United Sugar Producers Federation of the Philippines (Unifed), in a resolution passed during a board meeting on October 24, also joined calls of sugar industry stakeholders for the resignation of the SRA chief.

"Not now because our sugar industry is not yet ready to compete," Valmayor said.

He said the government should learn from the Rice Tariffication Law that adversely affected the local farmers.

Valmayor also pointed out that the under-utilization of the Sugar Industry Development Act (Sida) Fund should also be looked into.

On the other hand, Gasataya emphasized that he does not want to go back to the situation when crisis hit the sugar industry -- a time when the Masskara Festival was born to hide the real faces of the Negrenses.

Both Valmayor and Gasataya signed a resolution opposing the Sugar Import Liberalization that is reportedly being pushed by the economic managers of President Rodrigo Duterte.