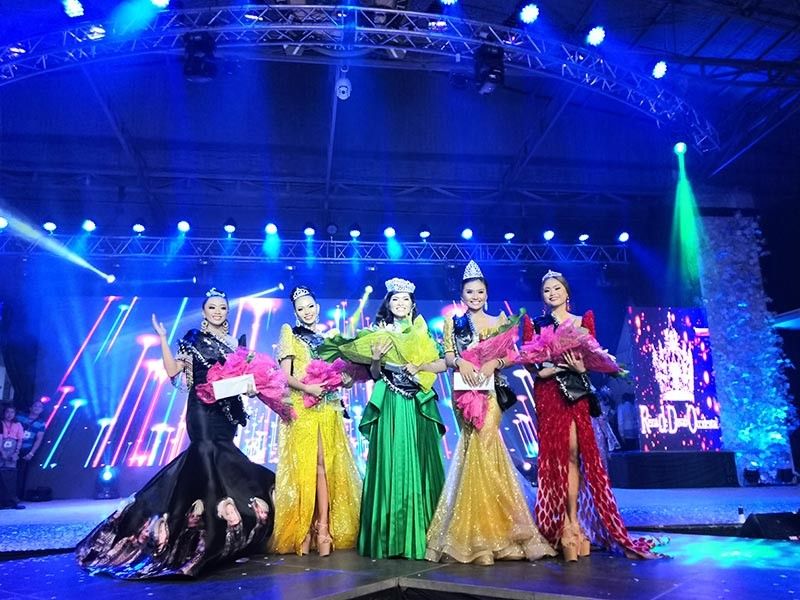 The new queen impressed the judges and the cheering crowd with her striking beauty, confidence, and wit.

During the Question and Answer portion, the five Reinas from the five municipalities of the province were asked to explain their picked "hashtags." The Medical Laboratory Science student picked #Sharing.

"Sharing is one of the favorite words of most Filipinos. But no matter how small or big you have shared to other people, what is important is it was shared with a heart and sincerity," she said.

Apart from the Q & A portion, the candidates also donned their designers' creations in the One Town One Product (Otop) Festival Attire; Resorts Wear; and Founder's Terno Attire.

The ladies and the crowd were also serenaded by actors RK Bagatsing and Enzo Pineda.

The celebration was centered on the theme: Towards global competitiveness and culture of excellence. This year's Reina de Davao Occidental's artistic director is Allan Hioca.