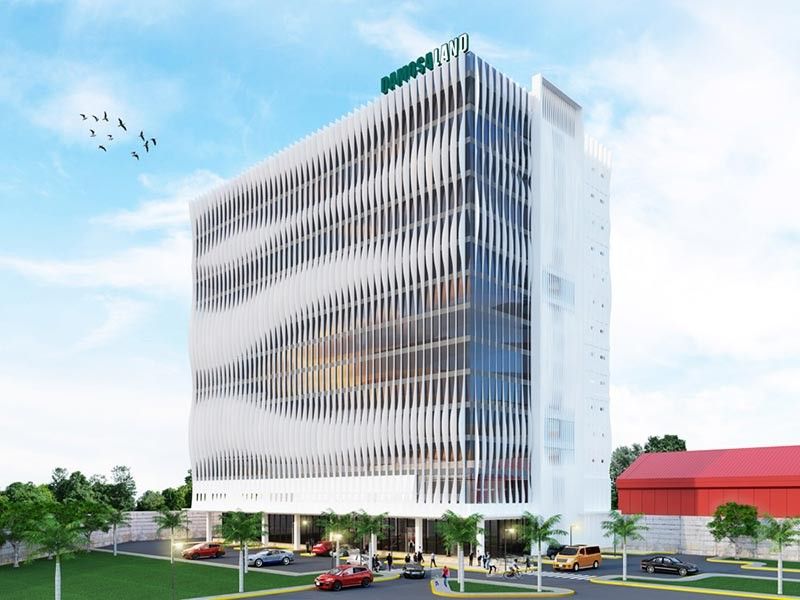 DAVAO. Damosa Diamond Tower will reflect a piece of Davao's history and the heritage of the Floirendo family's agricultural roots in its overall aesthetics, hence, will have banana fibers incorporated in the design. (Damosa Land photo)

HOMEGROWN real estate firm, Damosa Land Inc. (DLI), is optimistic that the Damosa Diamond Tower will be topped off by the end of 2019.

"To date, we now have seven full floors. We are looking at topping off the building by the end of the year," Lagdameo said in an interview at the sidelines of the DLI 15th Anniversary and Awards Night at the SMX Convention Center on October 26, 2019.

He said they target to complete the tower by March 2020.

"Damosa diamond tower is going to be the landmark building of Davao when it is finished," Lagdameo said.

He said the reason they feel strongly about this is when they had the building designed, they told the architect that they did not want just any regular building.

"The design of the exterior of the building resembles abaca fibers," Lagdameo said, adding that from afar, this gives Damosa Diamond Tower a wavey appearance.

He said the building's design also recognizes the importance of agriculture in Mindanao.

"It also has a story, agriculture is the root of business in Davao Region and we want to give importance to that," Lagdameo said.

In July 2019, the Damosa Diamond Tower bagged awards from the Philippines Property Awards 2019.

Damosa Diamond Tower is a 15-story building at the Philippine Economic Zone Authority-accredited IT park, the Damosa IT Park in Damosa District. DLI broke ground for the project in 2018 and it is targeted for completion by 2020.

Damosa Diamond Tower has a total floor area of 20,000 sq.m and will be fully operational 24/7 as it will have 100-percent back-up power supply.