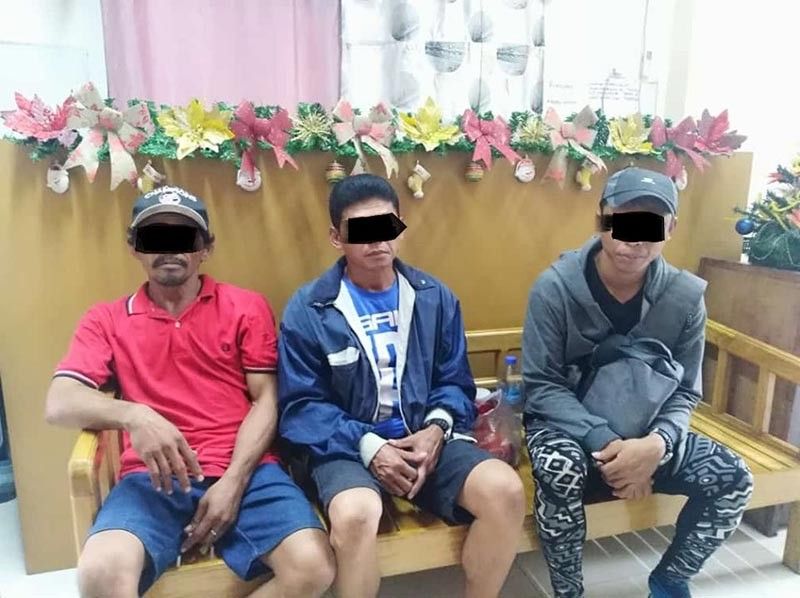 The checkpoint operation of the 2nd Company of Surigao del Sur Provincial Mobile Force had resulted in the arrest of three personalities for violation of RA No. 8485 (Animal Welfare Act of 1998) today, October 27, 2019 in Brgy. Buenavista, Tandag City, Surigao del Sur. (Photo courtesy of PRO-13)

POLICE have arrested three “wildlife smugglers” who were transporting endangered birds and lizards in a checkpoint in Tandag City, Surigao del Sur over the weekend.

Based on initial investigation, the endangered species of animals were transported from Mati, Davao Oriental to Pasay City.

The suspects were on board a Ford Everest and Toyota Innova when flagged down by the police manning the checkpoint around 12:30 p.m.

Confiscated from the suspects were boxes of endangered species of animals, mostly are birds and lizards.

However, upon verification, no legal documents were presented by the suspects.

Police had coordinated with the Department of Environment and Natural Resources for filing of appropriate charges against the three personalities who are placed under the custody of Surigao del Sur Police Provincial Office.

“Last week, two motorcycle thieves were also apprehended at the PNP checkpoint in Surigao City, Surigao del Norte and in Trento town, Agusan del Sur. We expect more accomplishments on the ground in the coming weeks as our police units have intensified the conduct of checkpoints regionwide,” the region’s top cop said.