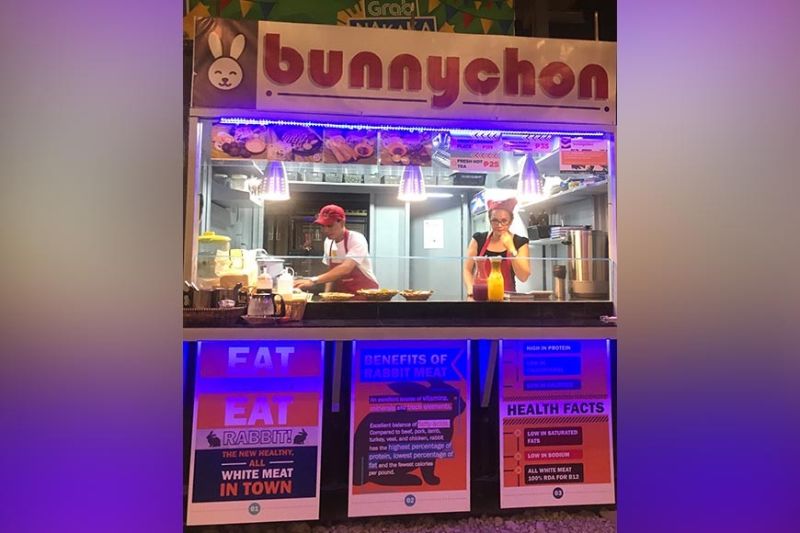 HEALTHY VENTURE: Business owner Daryl Garcia says opening Bunnychon will allow them to raise awareness on the health benefits of rabbit meat and at the same time augment the income of farmers and encourage more to venture into rabbit farming. (SunStar photo / Katlene O. Cacho)

MANY do not know that rabbit is one of the healthiest meats available.

This prompted architect and entrepreneur Daryl Garcia and her husband Jose to open Bunnychon, a startup business in The Market that sells rabbit meat cooked in traditional Filipino dishes.

Nurtured and grown in their own farm, rabbits, according to Garcia have become an additional and sustainable source of livelihood of farmers in her hometown in Calubian, Leyte.

The idea of venturing into rabbit meat production stemmed from one of the seminars the couple attended hosted by the Cebu Organic Agriculture Cooperative in June 2019.

“We were there to learn more about (rabbit) farming but we learned more than that. We were told it can be an alternative meat, a healthier one,” said Garcia, adding that after the seminar, they did their own research given the perceived taboo on eating rabbit.

Garcia contends that rabbit is one of the healthiest meats around because it is high in protein, but low in cholesterol, calories and sodium. She added that growing it requires minimal investment as rabbits only eat fresh hay, thus, it can be sustained.

“For farmers to grow them well, they only need to invest time in feeding them,” she said. “Plus, there’s no need to destroy anything for them to multiply.”

Garcia said they have given out rabbits for farmers to breed and they buy rabbit meat from them to support the Bunnychon business.

One rabbit depending on its size can be bought for from P400 to P600. One rabbit birthing can produce six to 12 rabbits.

Garcia said opening a food stall that serves rabbit meat is one of the ways they could raise awareness on the many benefits of eating rabbit and at the same time support the livelihood and augment the income of farmers.

In September 2019, the couple opened Bunnychon in The Market in Mandaue City. Garcia observed that the market was a bit hesitant to try their dishes on the first day.

But she said the “money back guarantee” somehow helped them invite diners to try rabbit meat.

“If you aren’t told what meat was used for lumpia, bola-bola and other dishes, you wouldn’t know that it’s rabbit meat,” she said. So far, Garcia said they haven’t encountered diners asking for a refund.

“Once you try it, you will ask for more or keep coming back. In fact, we have customers, especially gym rats, who frequent here and buy a lot,” she added.

Rabbit meat is well known for its high protein content. A three ounce serving of rabbit meat is said to contain 28 grams of protein, more than beef or chicken.

Rabbit is also a concentrated source of iron. A serving contains more than four milligrams (mg). It also provides a wide range of minerals. The highest levels include 204 mg of phosphorous and 292 mg of potassium. The calories in rabbit meat are low. A serving contains only 147 calories.

Later on Garcia said they will expand their food items like serving pasta, burger, embutido and other Filipino-inspired recipes.

Aside from serving the diners at The Market, Garcia is also eyeing a space in Sugbo Mercado, where the crowd is thicker.

“Our challenge now is to ensure there is steady supply because currently, our existing farm could support one or two outlets for now,” she said. “Another challenge is to make people try.” But Garcia said the market is “unlimited” with a lot of people now preferring to live a healthier and sustainable lifestyle.

“We will be surprised at how this industry will grow in the next few years,” she added.