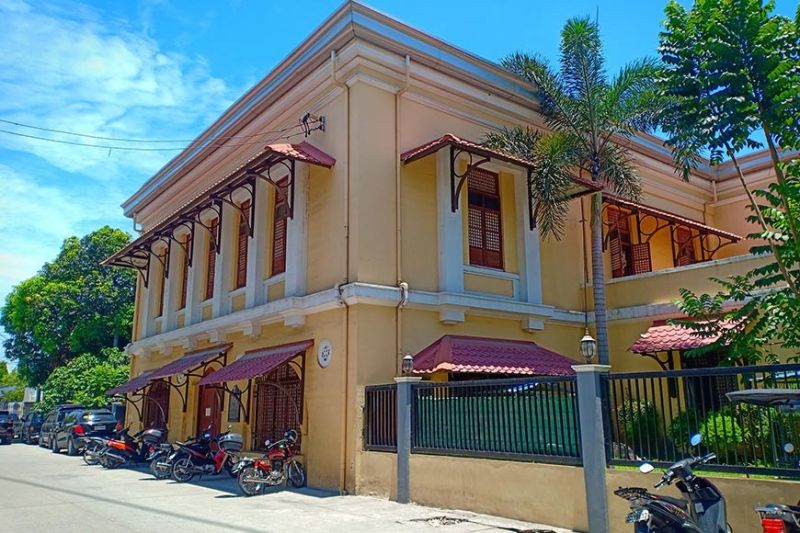 Jayson Jacinto, who had been charged with possession of illegal drugs and tools for robbery (violations of Section 11, Article II of Republic Act 9165 and Article 304 of the RPC as amended by Republic Act 10951), and Ryan Lastrella, who had been charged for the sale and possession of illegal drugs (violations of Section 5 and Section 11 of Republic Act 9165), escaped the PPJ Saturday night, Mangaliman said in an incident report to Acting Governor Lilia Pineda.

They were discovered to be missing from Cell No. 1 during the 10 p.m. head count of inmates.

"[They] managed to climb the roof top of the male detention dorm from the common kitchen located at the back portion of the jail facility going towards the front building where they managed to escape from detention," Mangaliman reported.

Pineda has offered a reward of P200,000 each for the capture of Jacinto and Lastrella. Policemen are also tracking their whereabouts.

She met with Executive Judge Mary Ann Padron-Rivera and discussed security measures when detainees are brought to court, as well as ways to fast-track hearings and trials of criminal cases especially drug offenses to be able declog the PPJ.

Chua also directed Mangaliman to "conduct full security and risks assessment as to the jail facilities, personnel and protocols currently in place in our provincial jail," giving the warden five days to report findings and proposals.

The administrator also required the warden to find out if any personnel or detainee helped the runaways break out. He ordered a temporary stop to programs and activities. Regular visitation rights are observed but Chua asked visitors to bear with stricter inspection.

PPJ prison guards have been reduced from 69 to 64 when four of them were dismissed and another was suspended after Park Wang Yeol made his bold escape following a rescheduled trial in Tarlac City last October 16.

Mangaliman filed a criminal case for infidelity in the custody of prisoner against the five escorts.

The PPJ, built in 1908, was rehabilitated and expanded in the administration of former governor Lilia Pineda. More than half of 2,300 detainees are held for drug charges.

The jail guards to detainees ratio stands at 1:36.