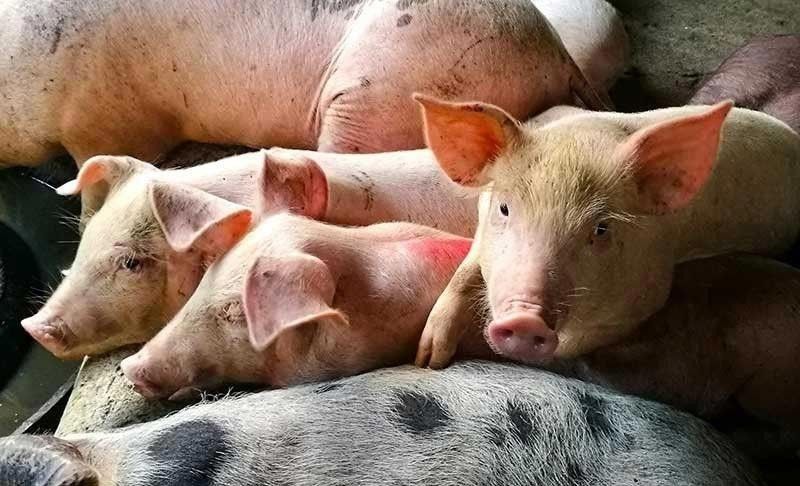 STEADY SUPPLY. Pork supply in Davao Region remains steady and unaffected with African Swine Fever (ASF) based on the latest monitoring conducted by the Department of Agriculture in Davao Region. (File Photo)

She said the hog industry players has not reported any decline in the supply based on their latest meeting.

Based on the latest monitoring of the DA-Davao, the volume of hog production in the region in the second quarter (Q2) of 2019 is 37,699 metric tons.

She added that there are no cases of pork death due to ASF have been reported so far.

"As for the disease situation natin ditto sa Region 11, wala namang reported na mga diseases or pagkamatay ng mga baboy that would cause alarm," she said.

She said they conduct their surveillance, monitoring, and coordination meetings with the local government units as well as other concerned agencies such as the National Meat Inspection Service and the Veterinary Quarantine Services.

Capuyan said they have also intensified their preventive measures against ASF and other diseases.

She said their checking in the entry points in the city and in provinces covers not only live pork but also other livestock animals such as beef, goats, and poultry.

She added they have also required businesses to secure necessary requirements such as veterinary certificate and transport carrier registration in bringing in livestock in the region.

Capuyan said they are still working on the establishment of the Regional Animal Disease Task Force (RADTF).

Regional Disaster Risk Reduction and Management Council (RDRRMC) has created a resolution for the creation of task force which will be passed on the national level.

Capuyan urged the public to support the local pork industry by cooperating in preventive measures they have implemented.

"We urge the Davaoeños to support our local pork industry by cooperating in the disease prevention measures such as refraining in bringing of pork and pork by-products from infected country or provinces, securing all necessary documents of pigs for transport, avoid swill feeding, and buy local pork and pork products," she said.