Hello, Jakarta? Nice to meet you 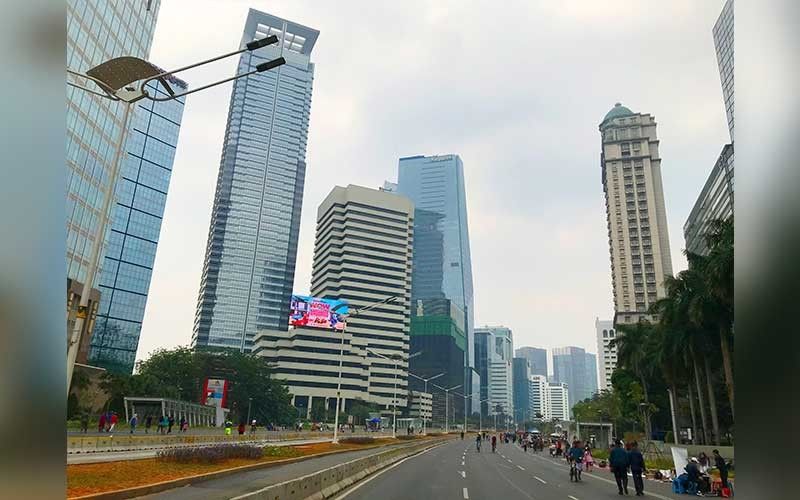 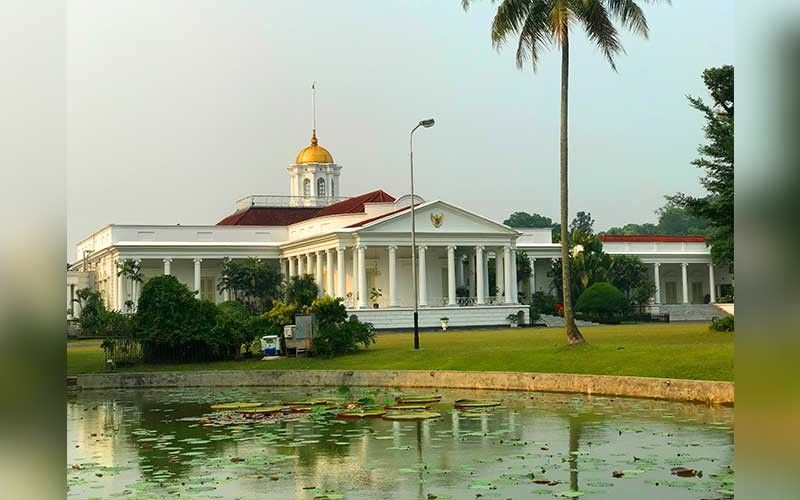 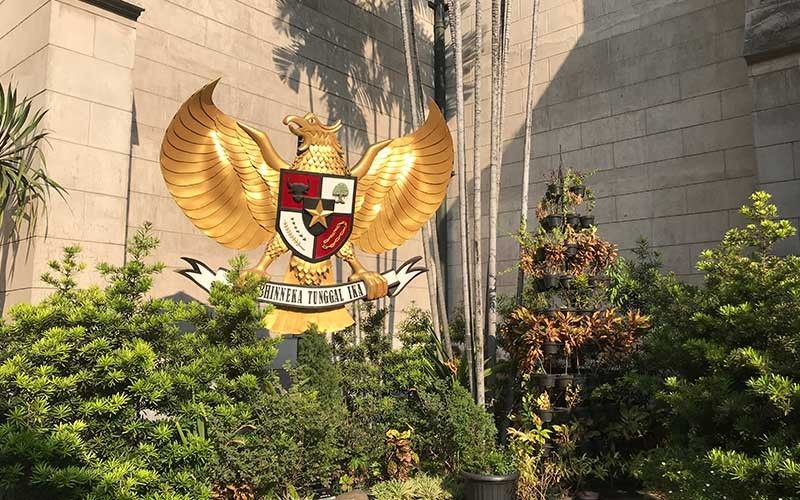 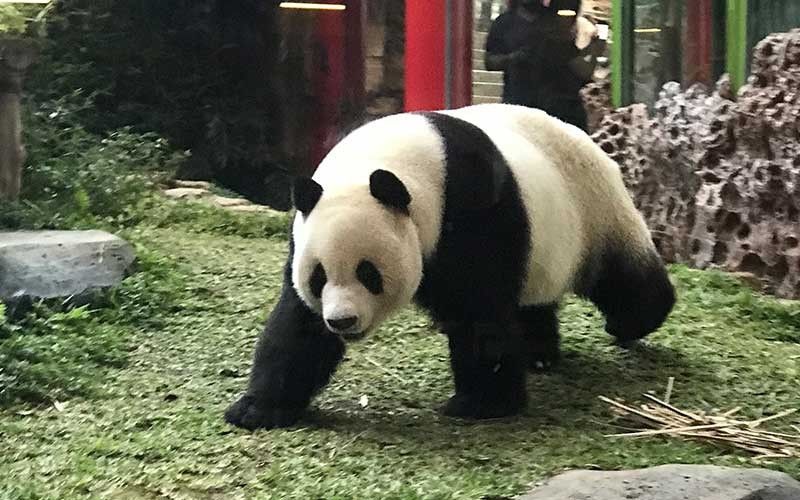 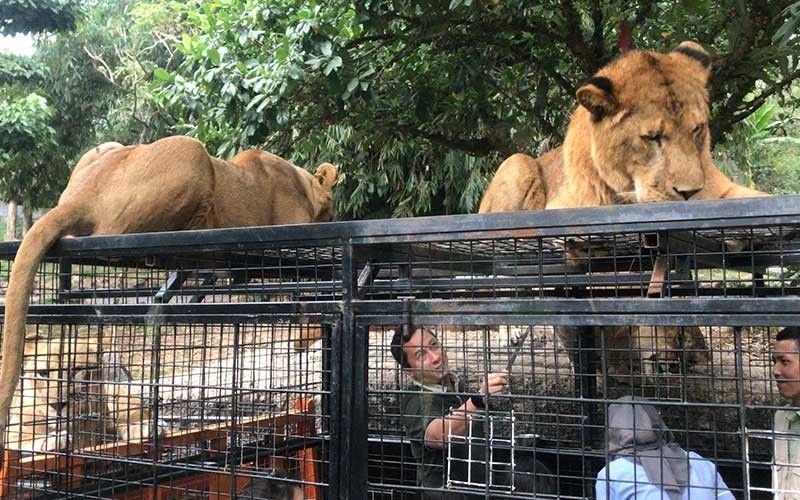 CHOW TIME. Get the chance to feed lionesses at Taman Safari Bogor. (Photo by Luis A. Quibranza III) 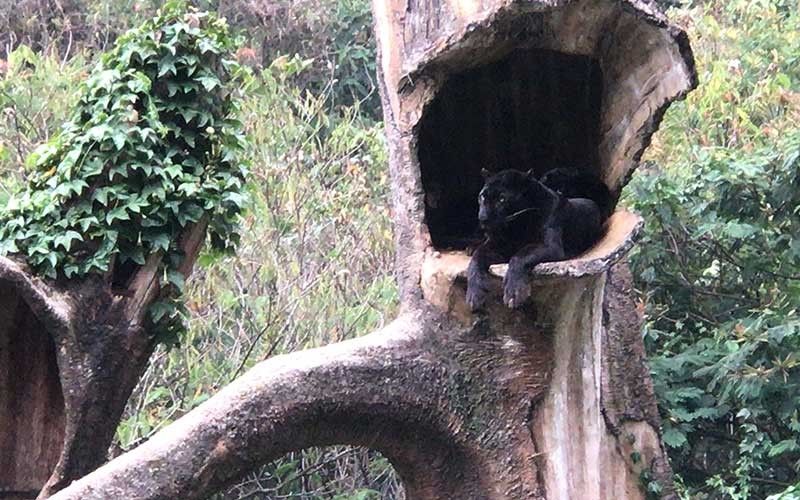 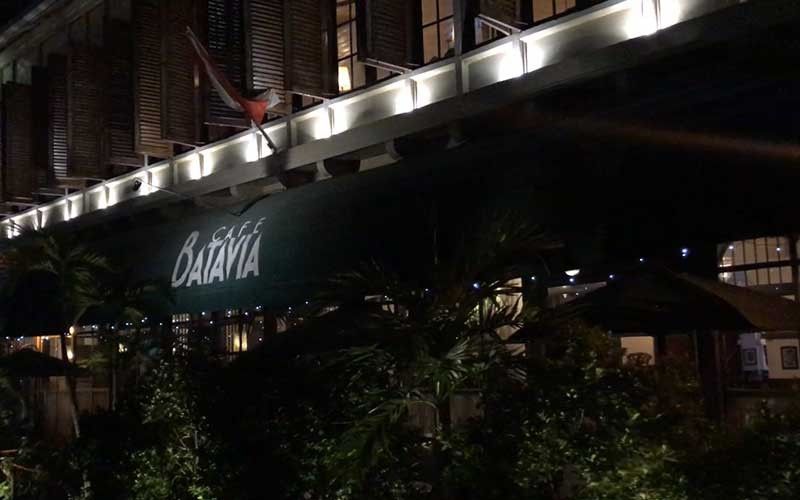 Facade of the historical Café Batavia. (Photo by Luis A. Quibranza III)

WE WERE partying with strangers for about a good hour already. Since we were mouthing the words to English hits from artists like Honne and Bruno Mars (“You’ll always be my day one—Hallelujah!”), we blended in with the local crowd like Froot Loops in a bowl of cold milk.

Then someone from #TeamIndonesia decided to exchange Instagram handles—today’s equivalent of handing out business cards—with a member of #TeamPhilippines (aka our group of six).

“Oh, we’re actually from the Philippines,” we said.

This revelation did nothing to stop the party for the next hour or so. Only the itinerary did. We had to call it a night if we wanted to see more of Jakarta.

We bade our new friends farewell, promised to exchange photos through IG, and mentally gave everybody in the room high fives as we—every square-inch smelling like we bathed in nicotine potpourri—walked out of the club with big smiles.

This scene didn’t happen until the third night. But well into my first few days there, I had already seen enough to say that Jakarta was a destination that felt oddly familiar yet satisfyingly fresh. It’s like the feeling of having met someone before.

Cebu Pacific, together with Aneka Kartika Travel and Tours, was gracious enough to invite a small delegation of press members from the Visayas and Mindanao to Jakarta, Indonesia. The group, with members flying from Cebu, Cagayan de Oro and Davao, converged at the Ninoy Aquino International Airport last Sept. 26 before boarding Cebu Pacific flight 5J759 bound for Soekarno–Hatta International Airport (Jakarta). With the flight taking about four hours, everyone had a good rest before landing right before midnight. There, we were warmly greeted by Vernon Prieto of Aneka Kartika, accompanied by our friendly tour guide, Sukandi.

We quickly headed off to Pullman Ciawi Vimala Hills Resort Spa and Convention—the first Pullman resort of its kind in Indonesia and the only five-star accommodation in the area—where we got our good night’s rest before the work/vacation officially began.

Buried in pillows, I woke up the next day deciding to trade a hearty breakfast for a few more quality minutes in bed. I got up after some time, and checked out the view from the balcony. The warm sunlight matched well with the cool breeze (the resort sits 600 meters above sea level). After enjoying the Javanese Herbal Massage at the spa, and lunch at its Damar restaurant, we were off to see the biggest attraction in town, which was actually quite nearby: Taman Safari Indonesia (TSI), Bogor.

Taman Safari Bogor (there are two others across Indonesia) is everything you want to see when you think of a safari park. According to TSI, it has been championing conservation efforts for endangered species in the country since the 1980s. The safari park, which sits 1,000 meters above sea level, is packed with activities, sights and sounds. It’s impossible to check out the entire park in a single day! (Don’t worry, accommodations are readily available). But while there are fun rides and tons of interactive entertainment, the safari park’s main highlight is its “Safari Journey.” Indeed, my eyes lit up at the sight of different animals: elephants, giraffes, zebras, tigers, panthers, lions—you name it!

To top it all off, we then visited the Panda Castle (Istana Panda Indonesia) which housed the only giant bear pandas in Indonesia named Cai Tao and Hu Chun. The panda castle is located even higher at 1,800 meters above sea level.

After the grand time seeing all the animals, we then made our way to the tranquil Pesona Alam Resort and Spa, which was just minutes away from the safari park, where we were graciously treated to a special barbecue dinner with a view of the hills while enjoying the cool breeze.

The next day, we got ready and left Pullman for Bogor city to check out the Bogor Botanical Garden.

Arriving there right before lunch, we enjoyed the walking tour by our guide, Yuri, who explained to us that Indonesia takes pride in its botanical gardens. This is most especially the case for Bogor Botanical Gardens as it is the oldest botanical garden in Southeast Asia built in May 18, 1817. Here, one can appreciate the country’s initiative in protecting their endemic plants, growing over 3,500 species of plants, endemic and foreign, across all 87 hectares. Also, here you can find the Bogor Palace, built in 1745—one of the six presidential palaces in Indonesia. Just a few meters away, one can also see the eerie but historical Dutch Graveyard (Indonesia used to be a Dutch colony), where high ranking Dutch officials were buried then.

Maybe one of the reasons nature thrives in Bogor is because of the amount of rainfall it gets every year. Bogor city is also known as “Rain City,” as it experiences 320 rainy days in a year.

True enough, it started to rain just when we were leaving the garden! We stopped by the historical Hotel Salak The Heritage (built in 1856 by the Dutch government to serve as a guest house for Bogor Palace) before heading out for dinner at Hotel Santika Bogor. The hotel is located in Botani Square, Bogor’s biggest mall.

After dinner, we got on the bus and left directly for Jakarta, where we would be staying at the beautiful Ayana Midplaza Jakarta. After about an hour’s drive, we arrived at the hotel, took a few minutes to freshen up, before checking out the night life. You know what happened next.

We learned that every Sunday morning in Jakarta, the city observes “Car-Free Day.” So from 6 to 11 a.m., there are no cars on the main avenues of the city. Instead people enjoy each others’ company strolling, cycling, skating—even shopping, as street vendors set up shop.

We left the hotel to experience all of this, and indeed the hours spent walking were hours well-spent. It’s like enjoying a non-crowded Sinulog Sunday at Edsa.

After a quick water break in a nearby mall, we all went to Thamrin city, a place known for its batik shopping with its numerous choices it can offer the curious fashionista. Batik is an Indonesian-technique of wax resist dyeing applied to cloth. This results in uniquely and exclusively beautiful prints commonly seen in Indonesia.

After lunch at the award-winning Dapur Babah, we were off to see city landmarks located in the center of Jakarta: Merdeka Square.

This square is considered one of the largest squares in the world with an area of about one square kilometer. At its center is the National Monument (or known as “Monas”). Built in 1961, it is a symbol to commemorate Indonesia’s struggle for independence. Beside the square is another presidential palace, Merdeka Palace—one of the country’s six presidential palaces.

A short city drive after, the group got off the bus to see the Istiqlal Mosque (a huge structure which can accommodate 200,000 people), and then the Jakarta Cathedral.

Yes, both structures were beside each other.

According to our tour guide, Sukandi, this is evidence of how an actual and working co-existence between both religious camps can be seen and felt in Jakarta. The locals have found a way to make things work. Sukandi also took the time to share to us the significance of the Garuda Pancasila, the national emblem of Indonesia, which you can see by the cathedral’s side entrance. A “Garuda” is a mythical bird, while “Pancasila” is the foundational philosophical theory of Indonesia.

The Garuda Pancasila is packed with meaning reminding Indonesians of the importance of belief in one supreme God (star), care for humanity (chain), unity (Banyan tree), democracy (bull) and the upholding of social justice and welfare (rice and cotton). Held by the Garuda is a scroll with the text “Bhinneka Tunggal Ika” which means “Unity in Diversity.” There are many more details about the Garuda Pancasila you’d want to discover for yourself when you’re in Jakarta.

I held what I learned close to heart. I entered the cathedral and said a short prayer. I left the place with a bigger appreciation of what Indonesia has done and is doing.

We freshened up at the Mercure Jakarta Batavia, a really nice hotel near our next destinations: Fatahillah Square and Café Batavia. Fatahillah Square is located at the center of Jakarta Old Town. This is a classic must-see place for tourists when it comes to street food and local lifestyle. Dinner was hosted by the Jakarta Tourism Office at the historical Café Batavia. The building was constructed around the 1830s and is one of the colonial landmarks facing the square. While the story behind the structure makes for great conversation, the food and drinks (and coffee, too) in Café Batavia are definitely must-tries when you’re here in Jakarta Old Town.

After asking the café’s kind staff to prepare my hot java to go, we were off to the airport where we relaxed before boarding flight 57760 to Manila, then 5J553 to Cebu.

I’m home now. Weeks have passed since the trip, yet still Jakarta’s charm lingers. I still think of her: her people, her love for plants and animals, her peace beyond pride.

It was my first time in Indonesia, actually. “Make first moments happen,” Cebu Pacific would say. Well, I did enjoy my first time, and given the chance, that might not be the only time I would’ve set foot in Indonesia.

It’s all playing back in my mind again, as if still at that night in the club.

“Hello, Jakarta. Nice to meet you.”

She answered back and introduced herself. Now we’re no longer strangers.