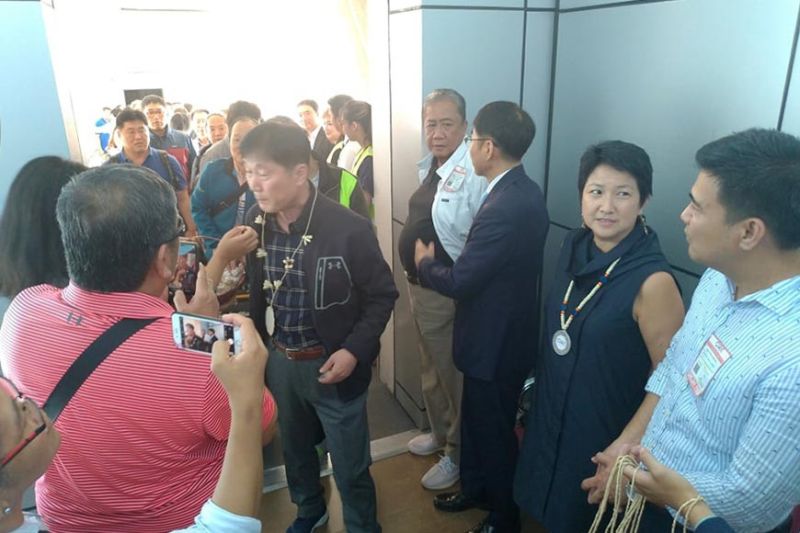 Chungunco described the new route as "fantastic destination," as Koreans love to visit the Philippines in the same way that Filipinos want to travel to South Korea.

"As we know, Korea is a favorite destination of the Filipinos. K-pop, the food, the sceneries and likewise we know that the Koreans love to visit the Philippines. Last year in 2018, almost two million Korean tourists came to Central Luzon," Chungunco said.

Two months ago, Transportation Secretary Art Tugade directed Lipad Corporation to bring in more flights and passengers to Clark, according to Chungunco.

"Secretary Art Tugade not too long ago when he entrusted Clark International Airport to Lipad. I clearly remember what he said, your marching order to us, Lipad, paliparin mo ang paliparan," she said.

Chungunco said the Korean Air's new route is a major milestone and one of the three major international flights opened this October alone.

She said Lipad Corporation is committed to the goal of accelerating economic development in the region.

The corporation, she said, is focused on improving the services of Clark International Airport by having more international and domestic flights.

"This is engraved in our hearts and in our mission," Chungunco said.