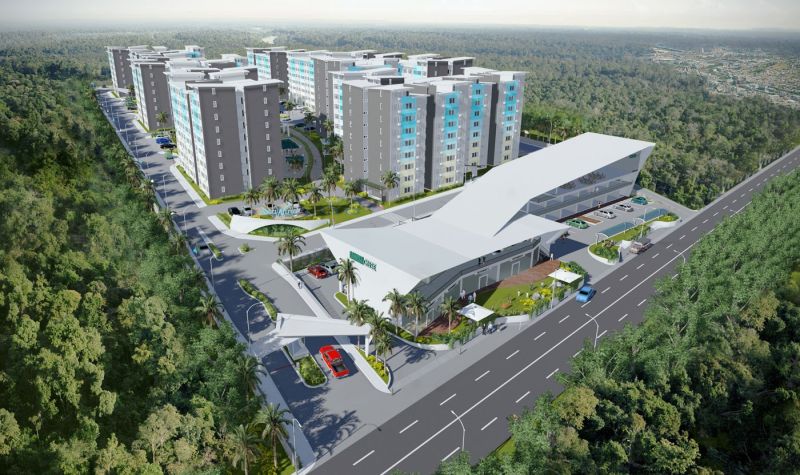 DAVAO. The residential projects of Damosa Land Inc. are seen to contribute largely to the performance of the company by the end of the year. (Damosa Land photo)

HOMEGROWN real estate firm Damosa Land Inc. (DLI) is optimistic that 2019 will be a stellar year for the company as it exceeds its 2018 targets.

"This year will be the highest grossing year for Damosa Land again," Ricardo F. Lagdameo, DLI first vice president, said in his message during the 15th Anniversary and Awards night of the company on October 26, 2019 at the SMX Convention Center.

Lagdameo said they are seeing that they will surpass last year's target both in topline revenue and in net income. However, he did not provide any figures on this.

"The residential business is taking up most of it. But across the business groups may increase naman. Even in our office leasing, commercial leasing, and our hotels," he said.

Lagdameo said two of their residential projects, Damosa Fairlane and Seawind, had been successful in the market. Damosa Fairlane is the company's horizontal project in Lanang, while Seawind is their first vertical project located in Sasa. Both projects are in Davao City.

He said for their hotels, their Microtel in General Santos City has been among the most profitable in the Philippines.

The Regus business center at the Topaz Tower in Damosa Gateway, Lanang have been among the most successful and profitable in the Philippines.

He also highlighted that the Anflo Industrial Estate in Panabo City has also been performing quite well. The 63-hectate industrial estate has been designed to be a "self-sustaining ecozone which can accommodate agro-industrial and light manufacturing companies." Its most recent locator is Packwel Inc., a Japanese manufacturing company that is into the production of designing, manufacturing, and selling of paper packaging containers.

But he said they expect the performance of the company to only slightly increase in 2020. For 2021, they are expecting a spike in the performance once other projects, like the Damosa Diamond Tower, will be completed or launched.