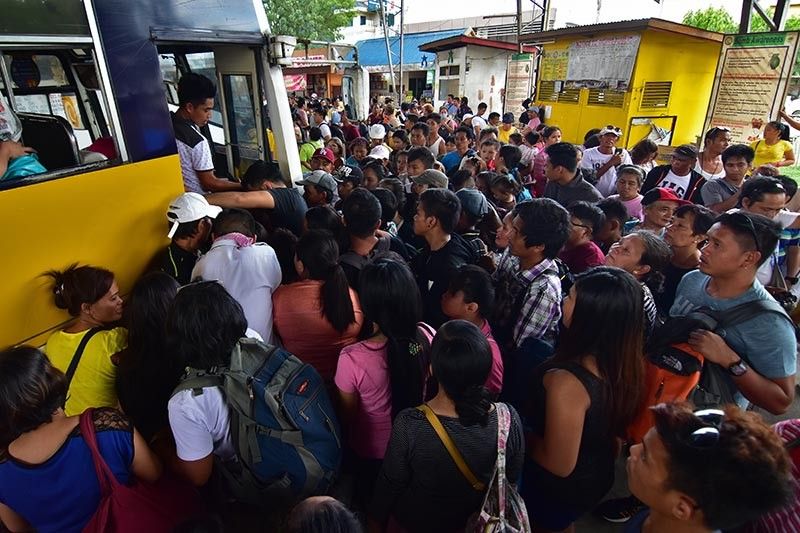 THE Davao City Overland Transport Terminal (DCOTT) will deploy more than 900 bus trips starting October 31 until November 2, in line with the observance of the All Saints' Day and All Souls' Day.

DCOTT head AisaUsop said Wednesday, October 30, that the number of bus trips was increased from the usual 650 to 700 buses on a daily basis, as they are anticipating an increase in the volume of passengers who will be coming in and outside the city to visit the grave of their loved ones.

In 2018, she said the DCOTT had catered to more than 1,500 bus trips to an estimated 70,000 passengers. But she said the number is expected to increase since the observance fell on a weekend.

"Since last Monday, we already observed an influx of passengers. That is why we are projecting that the 900 plus buses would be able to cater to

this influx," Usop said during the AFP-PNP Press Conference at the Royal Mandaya Hotel.

She said they already requested special permit from the Land Transportation Franchising and Regulatory Board (LTFRB) since last week.

"In case dili gihapon kana enough, on the spot ta maghangyo sa LTFRB, if tugutan ta (In case that won't still be enough, we will be asking the LTFRB to issue 'on the spot' special permits. Hopefully, they would grant us)," Usop said.

"With reservation to issue on the spot those special permits if needed during peak time of trips during Undas," Dioso said.

Usop, meanwhile, said they are closely coordinating with security forces to ensure the safety of all passengers traveling in the holidays.