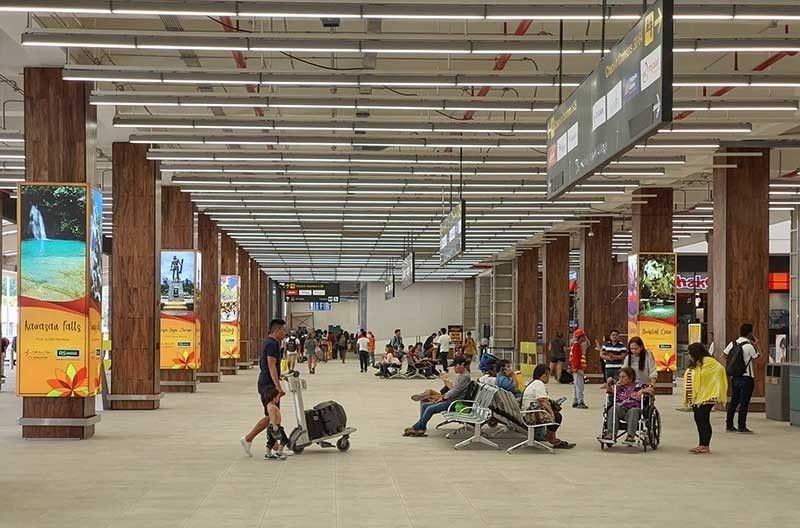 ANOTHER REASON TO CELEBRATE. Andrew Acquaah-Harrison, chief executive advisor at GMR-Megawide Cebu Airport Corp., says the opening of the renovated wing of Terminal 1 and the new airport village will create a whole new level of comfort, convenience and friendliness at the Philippines’ first resort-airport. (SunStar File Photo)

THE Mactan-Cebu International Airport (MCIA), the premier gateway to southern Philippines, was ranked 16th best airport in Asia in this year’s survey by travel website Sleeping in Airports.

In a statement Thursday, Oct. 31, 2019, Andrew Acquaah-Harrison, chief executive advisor at GMR-Megawide Cebu Airport Corp., said the common goal of airport stakeholders is to “continuously improve and provide a positive experience to passengers” at the country’s second busiest air hub.

“With the opening of the renovated wing of Terminal 1 and the new airport village, we will create a whole new level of comfort, convenience and friendliness at the Philippines’ first resort-airport,” Harrison said.

Sought for comment, Shahlimar Tamano, regional director at the Department of Tourism (DOT) in Central Visayas, said he is optimistic Cebu can easily clinch the eighth to 10th spot moving forward given the continued upgrade of its airport.

“Mactan-Cebu Airport is a work in progress,” the tourism official told SunStar Cebu.

“There are more constructions in the buildings and surrounding areas as we can all see.

“Truly, this is a recognition of the efforts of MCIA Authority, GMR and Cebu tourism stakeholders to deliver quality service with a touch of the Sugbuanon hospitality and efficiency to every traveler arriving and departing from the port,” Tamano said.

This commitment, he noted, is evident in the improvements seen at the airport in the past two years.

“Airports create a first and lasting image of a destination. Thus it is imperative that we give our best service to create not only a good impression but pleasing and lasting memories. It is a product in itself,” the DOT regional chief said.

Cebu’s tourism rise has also been attributed to its history, heritage attractions and people, Tamano said.

“The upgrades in Mactan and the whole of Cebu and the Visayas are partly in preparation to celebrate the big victory of our hero Lapu-Lapu at the Battle of Mactan (which site is just a few minutes from the airport) 500 years ago in 2021,” he said, referring to the 500th anniversary of Christianity in the Philippines.

Last year, MCIA was also named Medium Airport of the Year in Asia-Pacific by the Center for Asia Pacific Aviation (Capa) among airports with over 10 million annual passengers.

Also in 2016, MCIA was hailed by Capa as the Regional Airport of the Year, recognizing it as a leader in advancing the local aviation industry.

“These recognitions show that we are on track in our improvements,” Harrison noted, saying that these were all possible in the past five years with the help of airport stakeholders.

Sleeping in Airports releases a list of the best and worst airports every October.

In the annual survey, it asked travelers to rate airports worldwide based on their overall experience in terms of comfort (gate seating, rest zone availability etc.), services, facilities and things to do, food options, immigration/security, customer service, navigation and ease of transit, cleanliness and sleepability.

Aside from MCIA, Iloilo International Airport also made it to the annual list, ranking 18th in Asia.

During the first half of 2019, MCIA posted a 10 percent growth in total passenger volume to 6.4 million passengers.

The domestic segment rose 11 percent, which comprised 67 percent of the total passenger mix, while the international segment grew 10 percent and accounted for the balance of 33 percent.