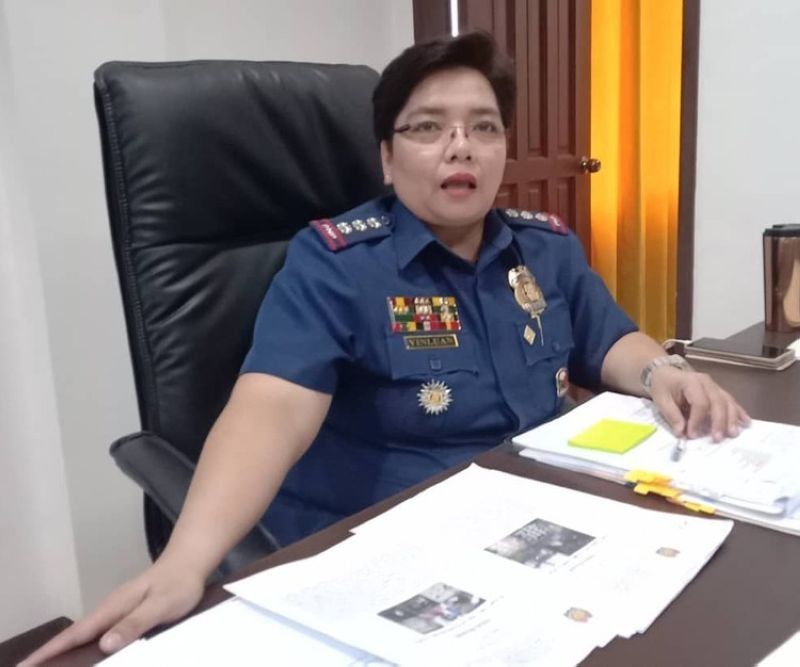 POLICE Col. Gemma Vinluan has been relieved of her post as chief of the Cebu City Police Office (CCPO) effective Oct. 31, 2019 pending the investigation of the fatal ambush of Mayor David Navarro of Clarin, Misamis Occidental.

Vinluan has been moved to the Regional Personnel Holding Administration Unit until further notice.

Geovanie Maines will temporarily take over as CCPO chief.

De Leon said that if the Rias 7 investigation bears her out that the CCPO members had not fallen short in protecting Navarro while in their custody, "brave and hardworking" Vinluan will be reinstated.

In her text messages to police beat reporters, Vinluan said she had expected her preventive relief as part of her command responsibility.

She said she opens herself to the investigation so that the CCPO can give its side.

The fate of the members of the Abellana police station who escorted Navarro at the time of the ambush on Oct. 25, 2019 will be known once the investigation on them is completed, de Leon said.

The PRO 7 chief said his men will cooperate with the National Bureau of Investigation (NBI), which is doing its own probe on orders of President Rodrigo Duterte.

He asked the public not to give ill meaning to the order of the President to let the NBI investigate Navarro's death instead of the CCPO to avoid a whitewash.

Navarro was in Duterte's narco list. Also, the National Capital Region Police Office (NCRPO) had tagged him as leader of the Alferez Robbery Group based in Ozamiz City. ( AYB/MPS)