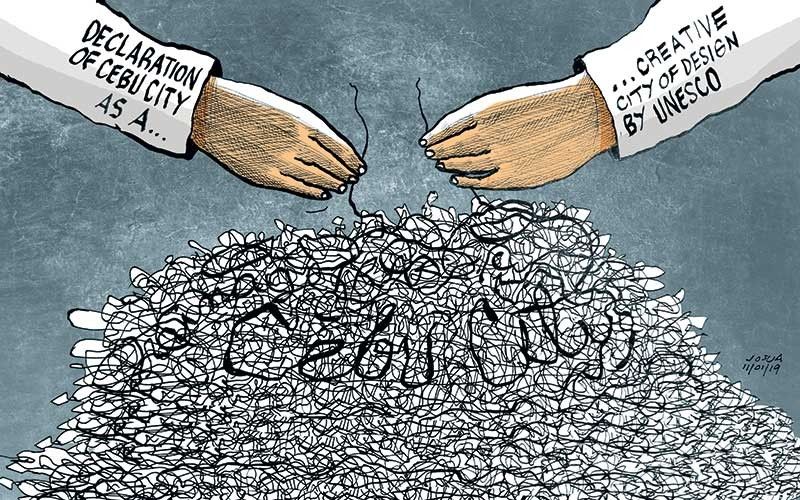 CEBU now joins a network of 246 cities designated by the United Nations Educational, Scientific and Cultural Organization (Unesco) as urban centers that “base their developments on creativity, whether in music, arts and folk crafts, design, cinema, literature, digital arts or gastronomy.”

Cebu is part of the latest batch of 66 cities indoctrinated into the network on the occasion of the World Cities’ Day, which the Unesco celebrated on Oct. 31 with the creative cities announcement.

Cebu made it on the list under the design category, joining cities like Beijing, Singapore, Shenzhen, Shanghai, Kobe, Seoul, Berlin, Dubai, Mexico City, to name some.

By being a member of the creative cities network, Cebu City is now committed “to placing culture at the center of development strategies and to share their best practices.”

Unesco Director-General Audrey Azoulay said: “All over the world, these cities, each in its way, make culture the pillar, not an accessory, of their strategy... This favors political and social innovation and is particularly important for the young generations.”

The “urban dialogues,” says the Unesco, must also go beyond culture to include exchanges in areas of access, inclusion, global citizenship education, defense of rights, economics and employment, climate change prevention and resilience.

The Unesco also recognizes cities that use technological innovations in the service of citizens to live in sustainable cities.

What will Cebu City gain from this? Other than access and whatnots now that we’re in this network, this will give Cebu a vantage point from which we can view the other cities’ design solutions to urban problems of flooding and traffic, a concern we need to bring up on just any platform that gives us the opportunity. Jaded in our city, our urban planners may just need to catch the fresh air that the networked cities bring.

The Unesco had emphasized the use of culture and creativity in building sustainable cities. Cebu’s stakeholders, government particularly, may take their cue from this mindset. Incidentally, this creative city designation comes at a time when Cebu City is thinking of building its city college with programs conceived to train graduates that can help come up with solutions to not a few urban problems. The creative cities network will all the more make this idea timely as ever.