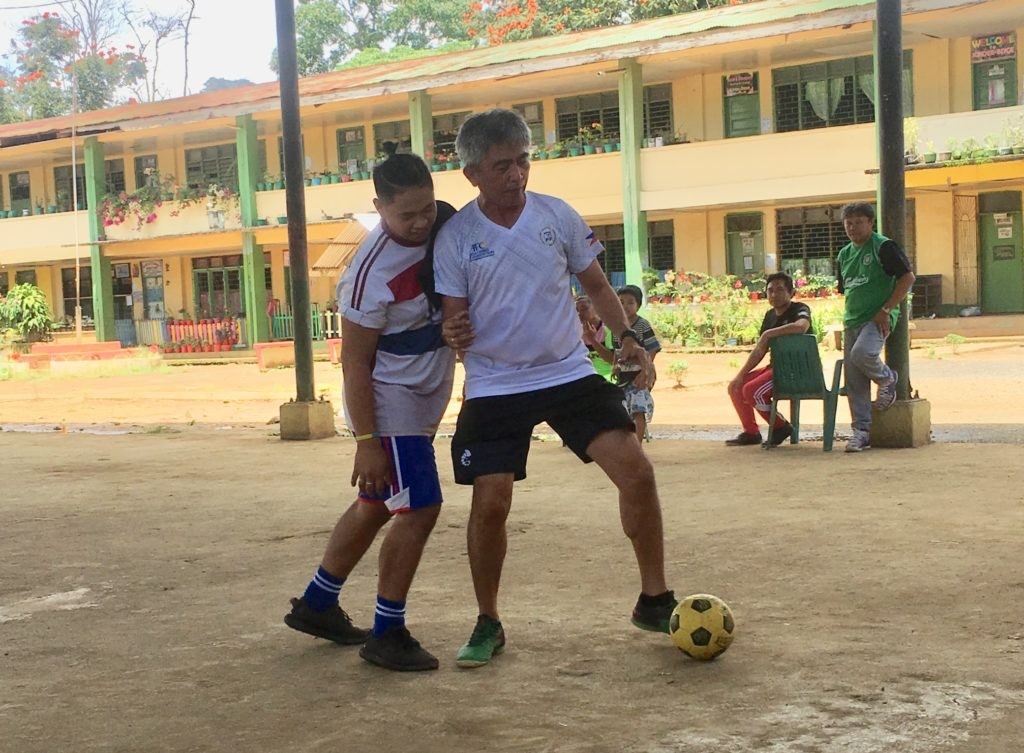 MARAWI Physical Education for School Sports (PESS) supervisor Hedjarah Taratingan’s family was among the victims of the Marawi City siege in 2017.

She lost her house in ground zero and most of their belongings were destroyed during the fighting between the government forces and the terrorists. She was a witness to the sufferings of the people of Marawi, specially the children.

Now, her family has been relocated and slowly rebuilding their lives.

The five months of continuous fighting, which started in May 2017 and ended in October the same year, was traumatic not only for Taratingan’s family but also to the children of Marawi.

“Seeing so much violence in real life is devastating to children,’’ said Taratingan.

She added that one way to lessen the trauma of these children is to engage them into sports.

So, the Department of Education (DepEd) Marawi Division Office led by Superintendent Pharida L. Sansarona (OIC) and Hedjarah Taratingan did not waste time to help the children by asking the Thomas V. Moran Foundation to extend its Futsal Liga Eskwela program to their devastated city.

As the PESS chief of the city, Taratingan is responsible for supervising the sports activities of the DepEd in Marawi. And because of her job and love for sports, futsal and football have a special place in her heart.

“Futsal is a good sport. It is a combination of many sports using the feet. Basketball because it is played in a basketball court and football because only the feet are used,’ she said.

Now enter the Thomas V. Moran Foundation of former Philippine men’s national team member Danny Moran and Gawad Kalinga. According to Moran, who is the CEO of the foundation, they introduced the Liga Eskwela Futsal program to 11 public schools in Metro Manila in 2015.

This year, DepEd invited them to present their Liga Eskwela Futsal Program to all other DepEd regional Sports heads in a conference held in Palawan.

Among those who wanted to join was Marawi through BARMM Minister of Education Director Taya.

“We readily accepted them in this next 'National Level' of Liga Eskwela Futsal," Moran added.

Taratingan has been tasked to lead the kick off of the Liga Eskwela in Marawi. With the help of Gawad Kalinga's Jun Degayo, the first phase of the project which is training for teachers was held at the Amai Pakpak Elementary School covered court on October 18-19.

Asian Football Confederation (AFC) B licensed coach Percy Guarin led a bunch of coaches from Cagayan de Oro City, Iligan City and Marawi to show the more than 50 teachers from different schools in of the city how to play Futsal for two days.

Guarin, a former national team player, taught the teachers how to teach young players ball control, passing, kicking, laws of the game and most specially how to organize training using only one or two footballs.

After the training, teachers were given one Sunsports Futsal balls each courtesy of Toby’s Sports.

The second phase of the program is having the teachers organize their respective teams in preparation for the Liga Eskwela while the third phase is the Liga Eskwela proper which set in January next year.

As an incentive, Degayo announced that champion teams might compete in the SM Futsal tournament in Cagayan de Oro set in April next year.

Despite the amount of work to be done, Liga Eskwela has indeed gave hopes to the children of Marawi.